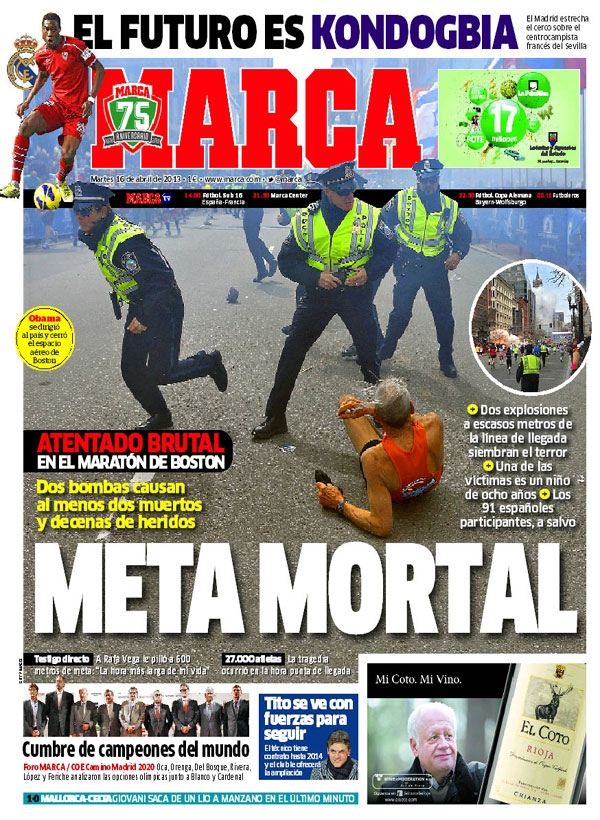 Brutal attack in a marathon in Boston

Two bombs cause at least two deaths and many are injured

One of the victims was a boy of eight years

The future is Kondogbia

Tito sees the strength to carry on

Mallorca 1-0 Celta: Giovanni pulls a win in the last minute for Manzano's men 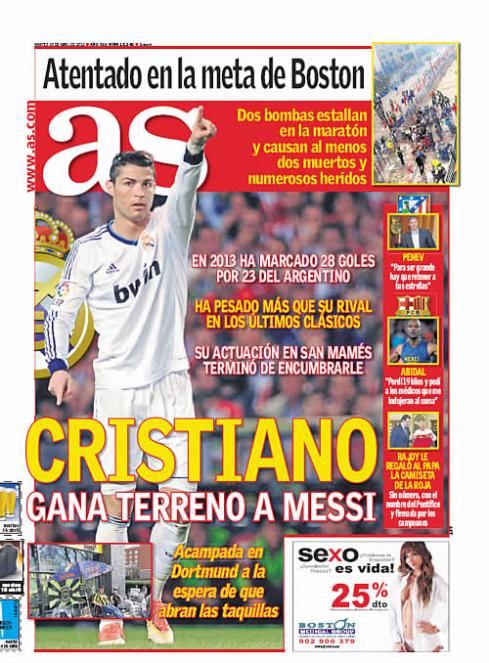 He has impressed more than his rival in recent Clasicos

His recent showing at San Mames has elevated him

Penev: "To be great, great stars have to be retained"

Abidal: "I lost 19 kilos and asked my doctors to induce my coma"

Rajoy gives a La Roja shirt to the Pope

Without a number, with the name of Pontificate and signatures from all the champions 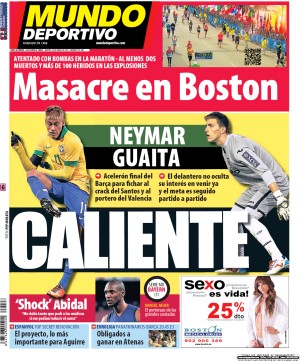 The race to sign the Santos star and Valencia goalkeeper accelerate

Massacre in Boston: A bomb attack in the Marathon where at least two die and more than a hundred are injured in the explosions

Shock Abidal: "Me pain was so much that I asked the doctors to put me in a coma"

Real Madrid: The future of CR7 conditioned by the club

Depor, out of the drop zone: The miracle of Professor Vazquez