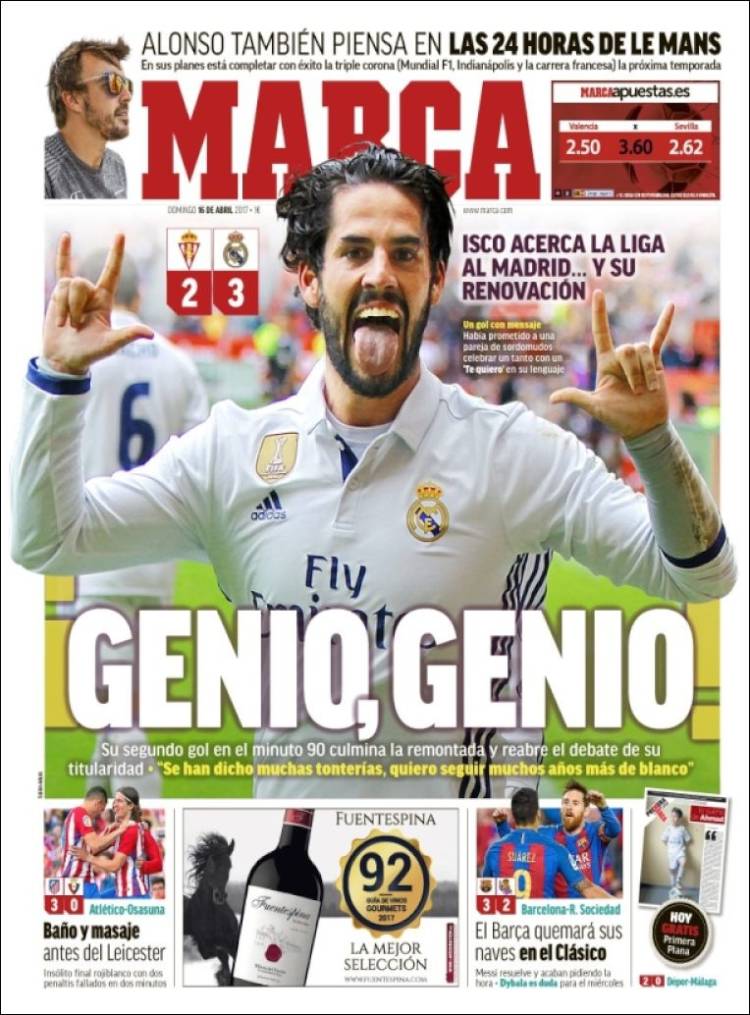 Isco puts Madrid close to La Liga ... and himself close to his renewal

“A lot of nonsense has been said, I want to continue as a Blanco for many more years”

Bath and massage before Leicester

Barca will burn bridges in the Clasico 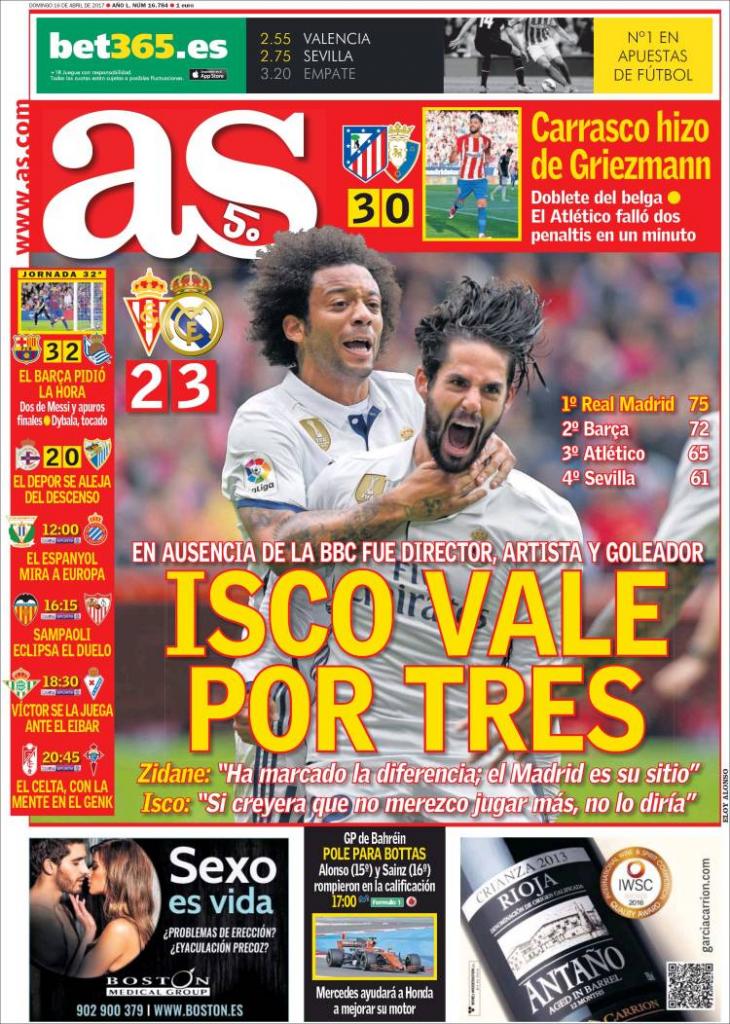 Isco is worth three points

In the absence of BBC, he was the director, artist and goalscorer

Zidane: “He made the difference, Madrid is his home”

Isco: “If I thought I didn’t deserve to play more, I wouldn’t say”

Carrasco does a Griezmann

Brace for the Belgian

Two from Messi after a troublesome ending

Depor moves away from the relegation zone

Victor plays for his job against Eibar

Celta, with their minds on Genk 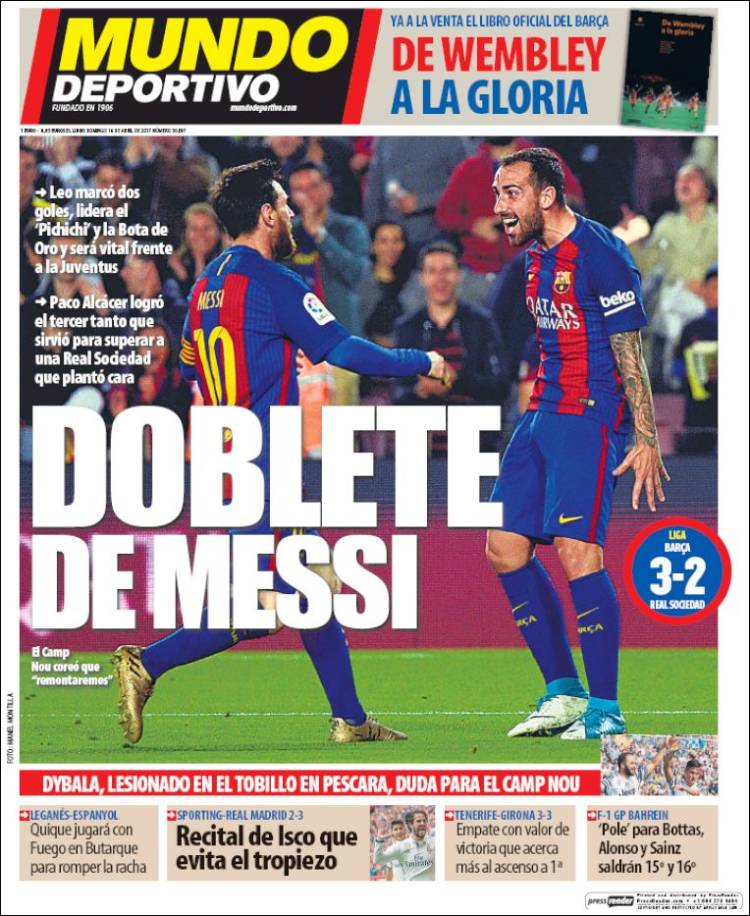 Leo scored two goals, leads the Pichichi and the Golden Boot and will be vital against Juventus

Dybala, injured his ankle at Pescara, a doubt for Camp Nou

A draw with the value of victory, which brings [Girona] closer to promotion