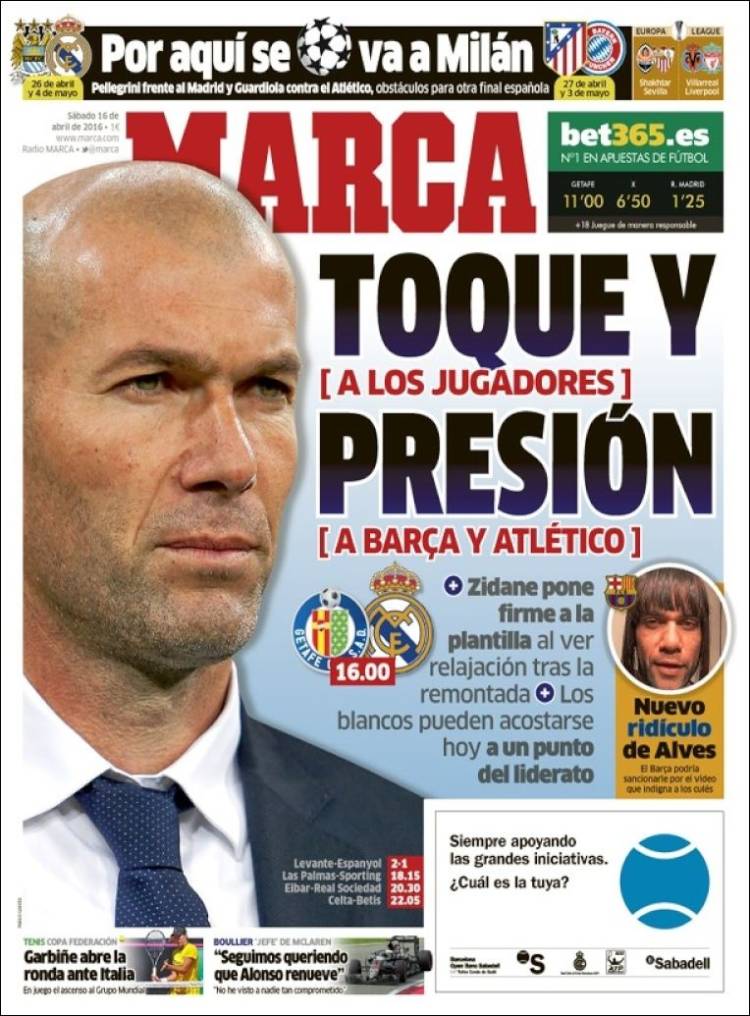 Push [on the players] and pressure [on Barca and Atletico]

Los Blancos can move within a point of the summit today

Barca could sanction him for a video that angers cules

This way to Milan

Manchester City-Real Madrid, April 26 and May 4

Atletico Madrid-Bayern Munich, April 27 and May 3

Pellegrini against Madrid and Guardiola against Atletico, obstacles for another Spanish final 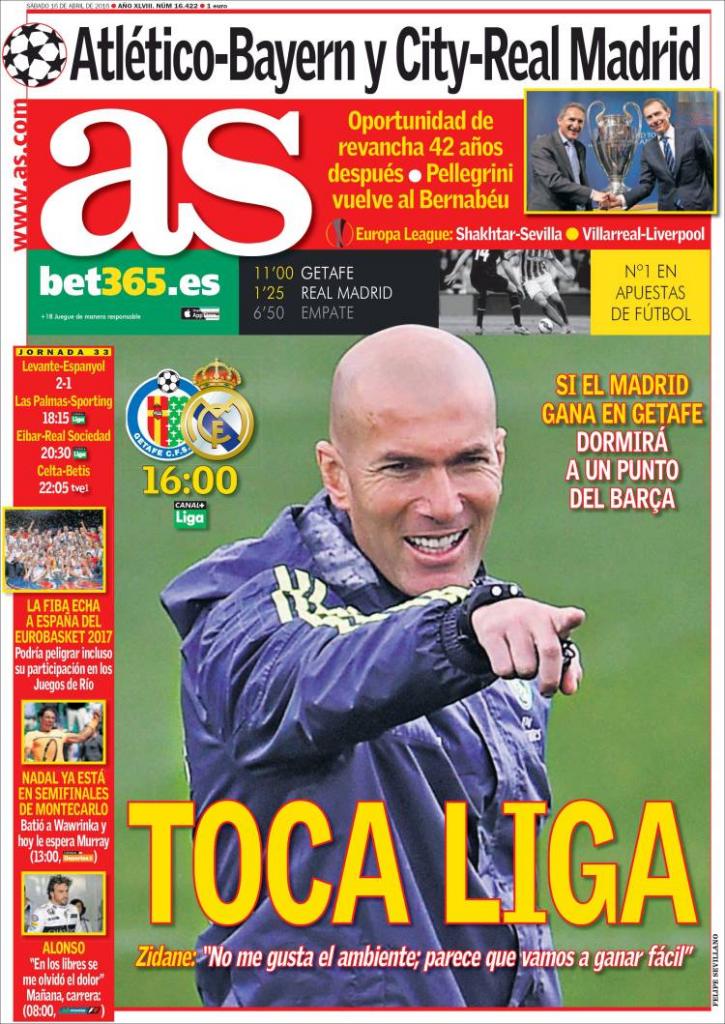 If Madrid win in Getafe, they will move to within a point of Barca

Zidane: “I don’t like the atmosphere, it seems that we’ll win easily”

Pellegrini returns to the Bernabeu 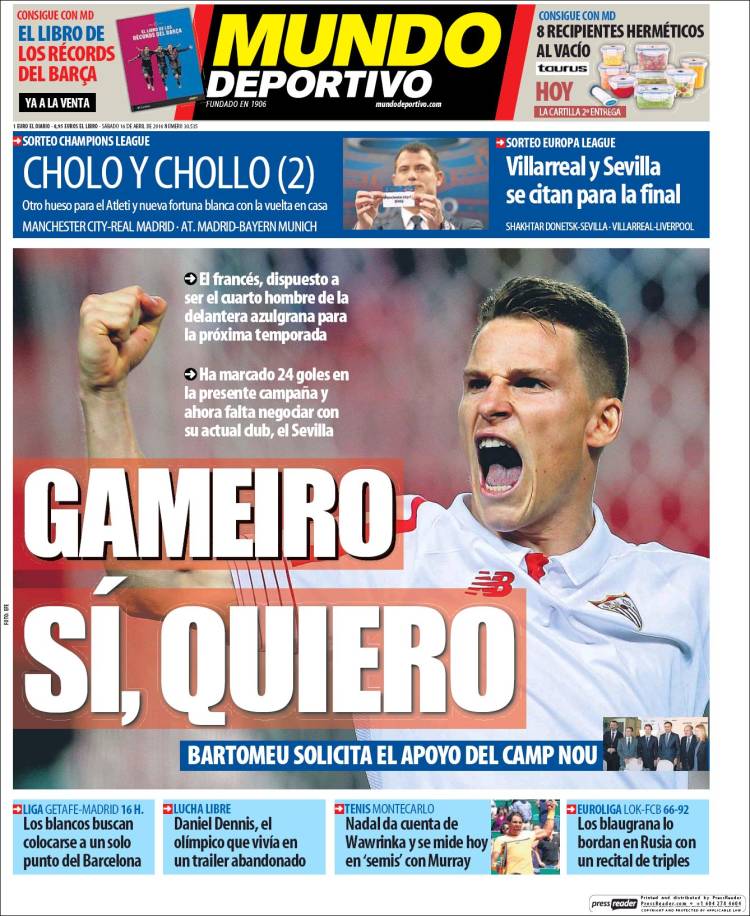 Gameiro, yes I do

Bartomeu asks for the support of Camp Nou

Villarreal and Sevilla are separated for the final

Los Blancos seek to move within just a point of Barcelona