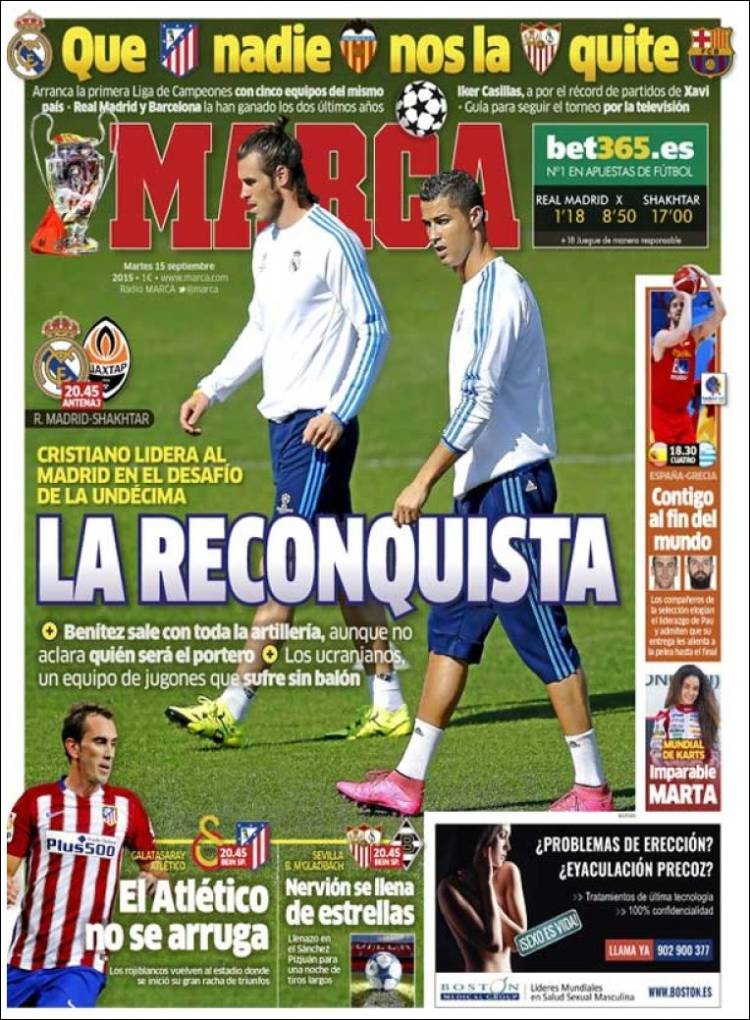 Cristiano leads Madrid in the challenge of the 11th

The Ukrainians, a team of players who suffer without the ball

No one takes it from us

Real Madrid and Barcelona have won the past two years

Iker Casillas, for the matches record of Xavi

Atletico will not crumple

Nervion is full of stars 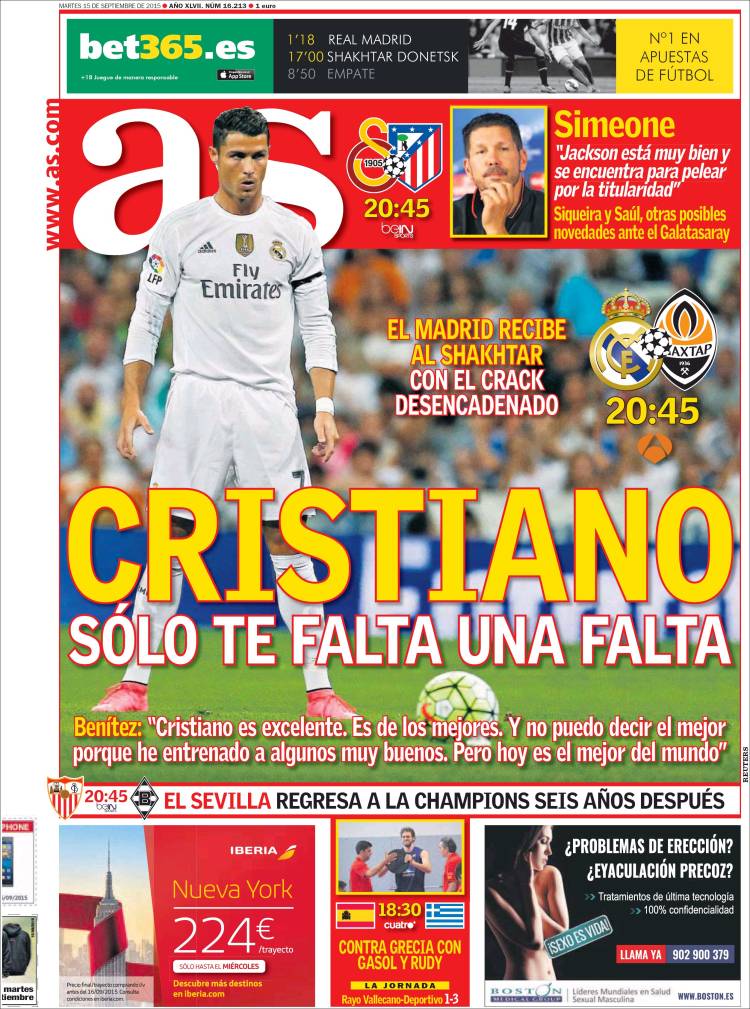 The only thing missing are free-kicks

Benitez: “Cristiano is excellent. He’s one of the best. I can’t say he’s the best because I’ve trained some very good players. But he’s the best in the world now.”

Sevilla return to the Champions League after six years away

Simeone: “Jackson is very good and ready to fight for a starting place.” 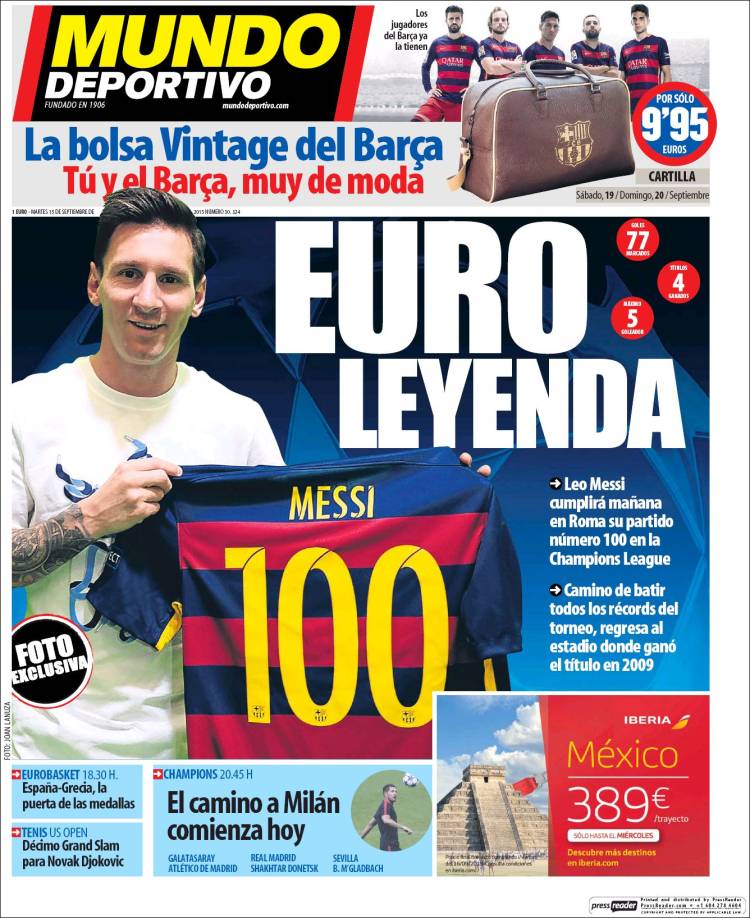 Leo Messi will tomorrow play game 100 in the Champions League

On the way to beating all tournament records, returning to the stadium where the trophy was won in 2009

The road to Milan starts today