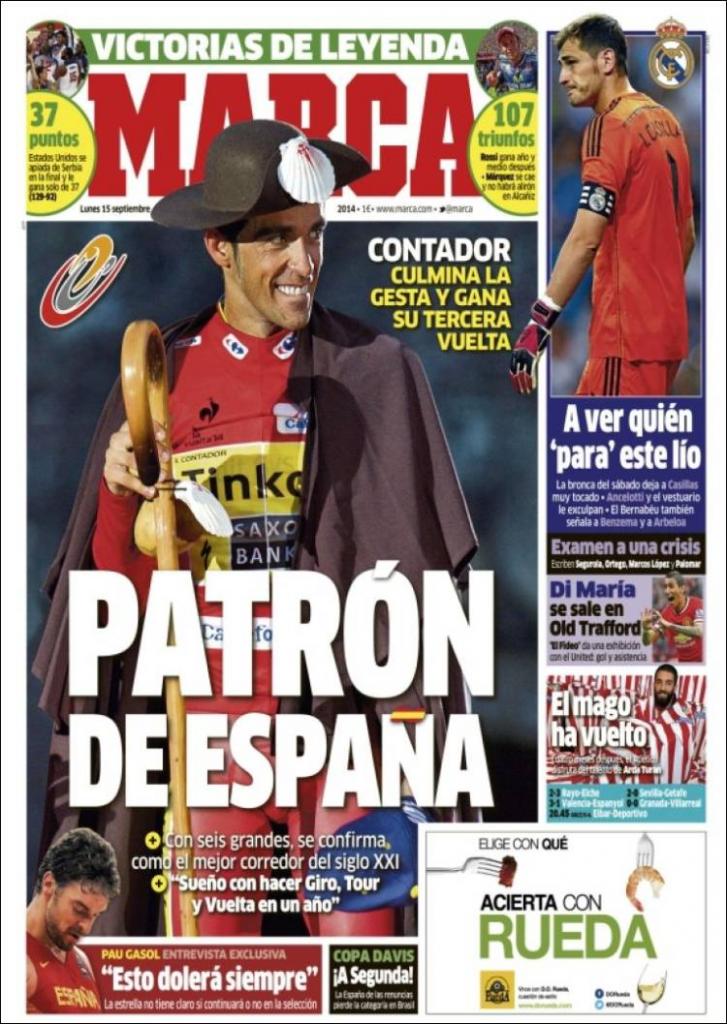 Let’s see who will stop this mess

Ancelotti and the dressing room exonerate him

The Bernabeu also points the finger at Benzema and Arbeloa

The magic has returned 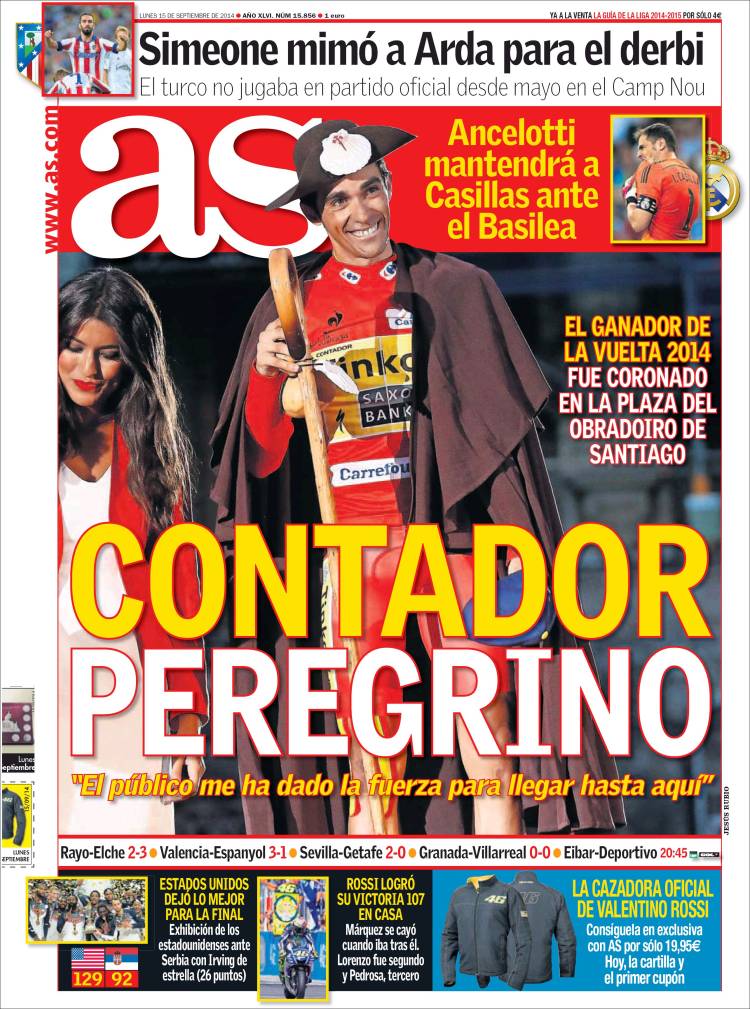 Ancelotti will keep Casillas in for Basel

Simeone saved Arda for the derby 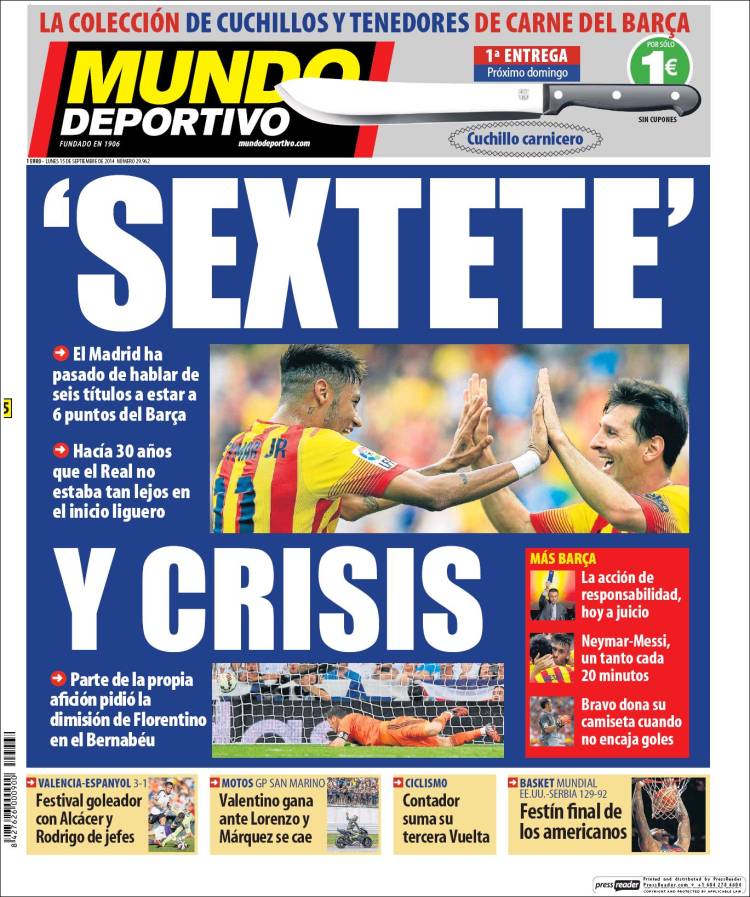 Neymar-Messi, a goal every 20 minutes

Bravo donates his shirt when he doesn’t concede a goal

Valencia 3 Espanyol 1: Goalscoring festival with Alcacer and Rodrigo the bosses