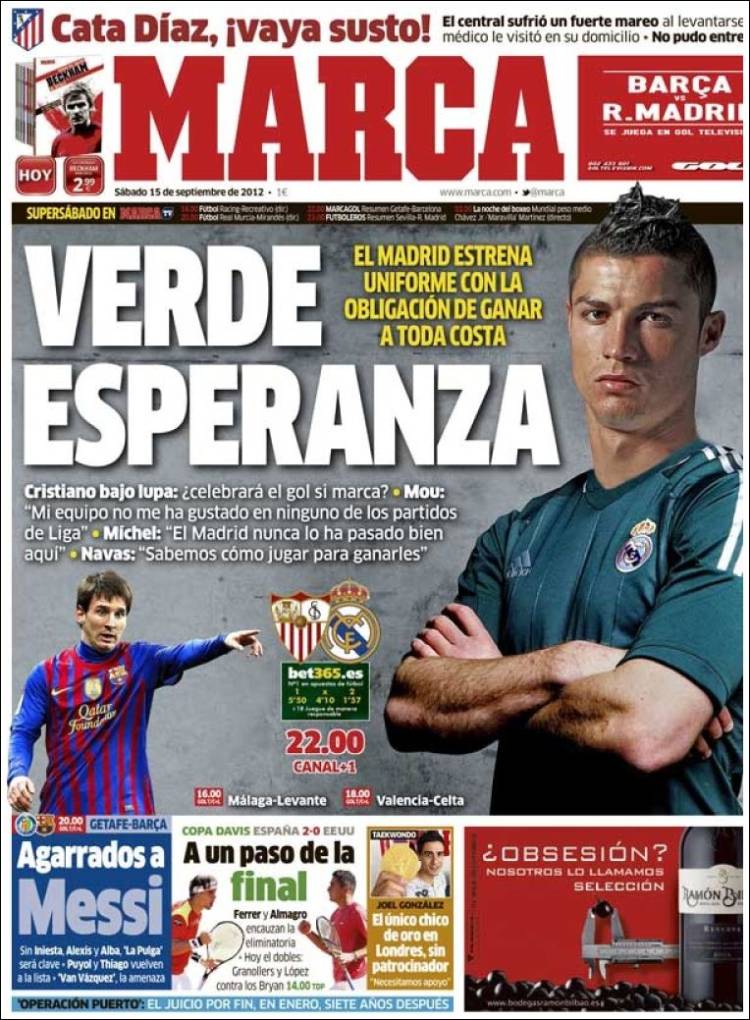 Green expectation: Madrid unveil their new kit and are obliged to win at all costs

Cristiano under the microscope: will he celebrate if he scores?

Mou: "I've not been happy with the team in any of the games"

Navas: "We know how to beat them"

Cata Diaz scare: the central defender suffered a dizzy spell when he woke up and the doctor had to visit his home

Vital Messi: without Iniesta, Alexis and Alba 'La Pulga' will be key 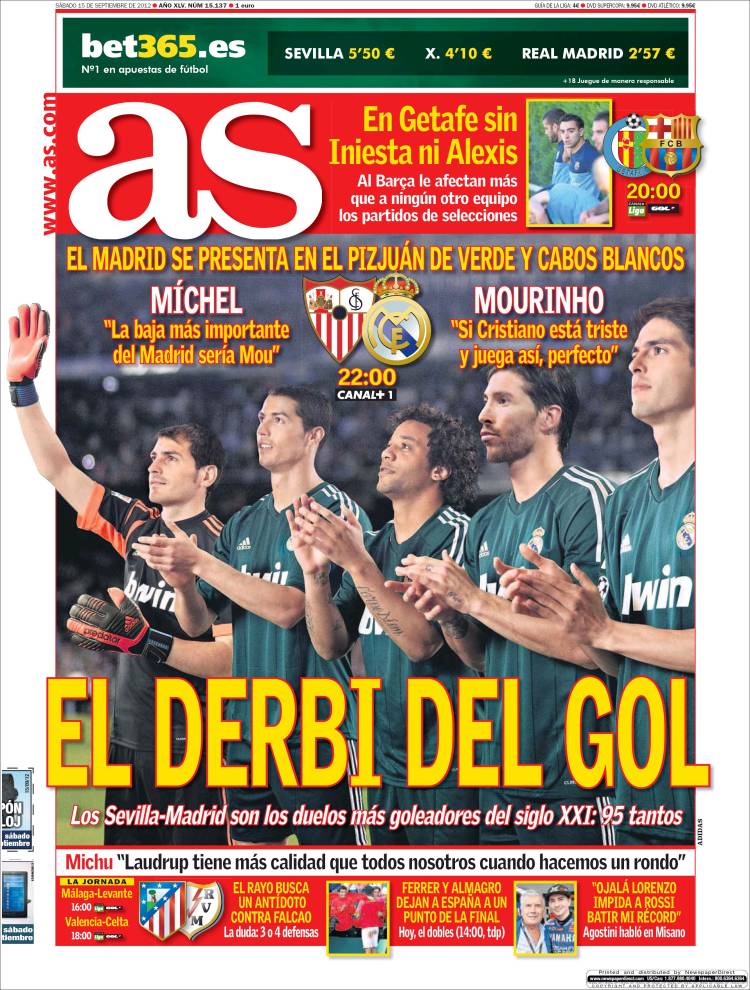 The derby of goals: Sevilla-Madrid is the biggest goalscoring clash of the 21st century - 95 scored

Madrid will wear green in the Sanchez Pizjuan

Michel: 'The most important absence would be Mou"

Mourinho: "If Cristiano is sad and plays like he does, then perfect"

In Getafe without Iniesta and Alexis: national team games affect Barca more than any other team

Rayo look for an antidote against Falcao - in doubt; three or four defenders 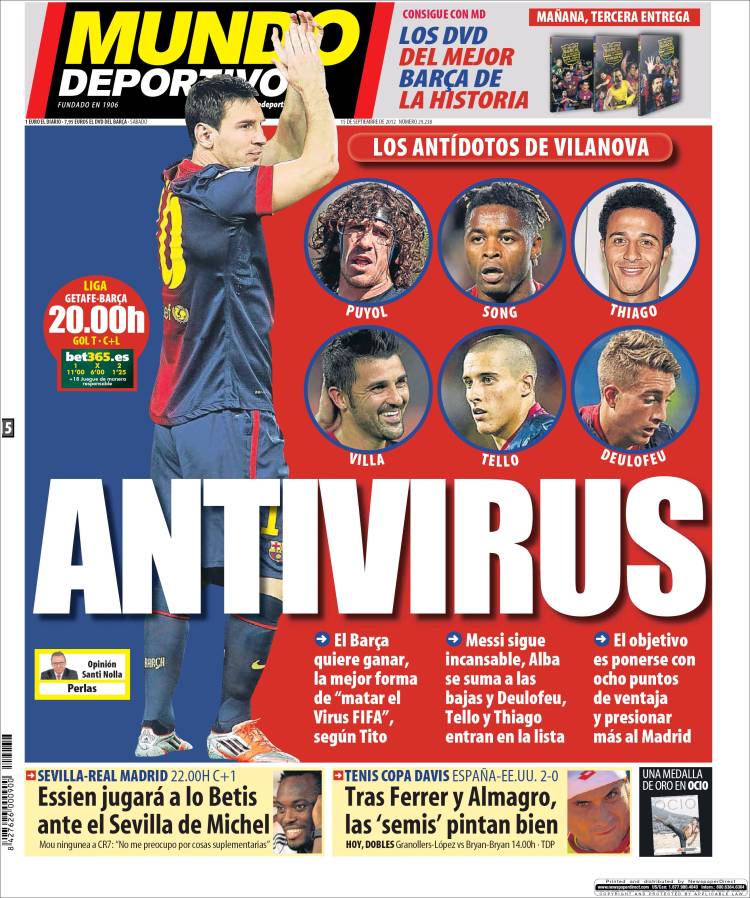 Anti-Virus: Barca want to win in the best manner possible to 'kill the FIFA virus' according to Tito

Tireless Messi continues, Alba is added to the absences and Deulofeu, Thigao and Tello come into the squad

Essien will play against Michel's Sevilla