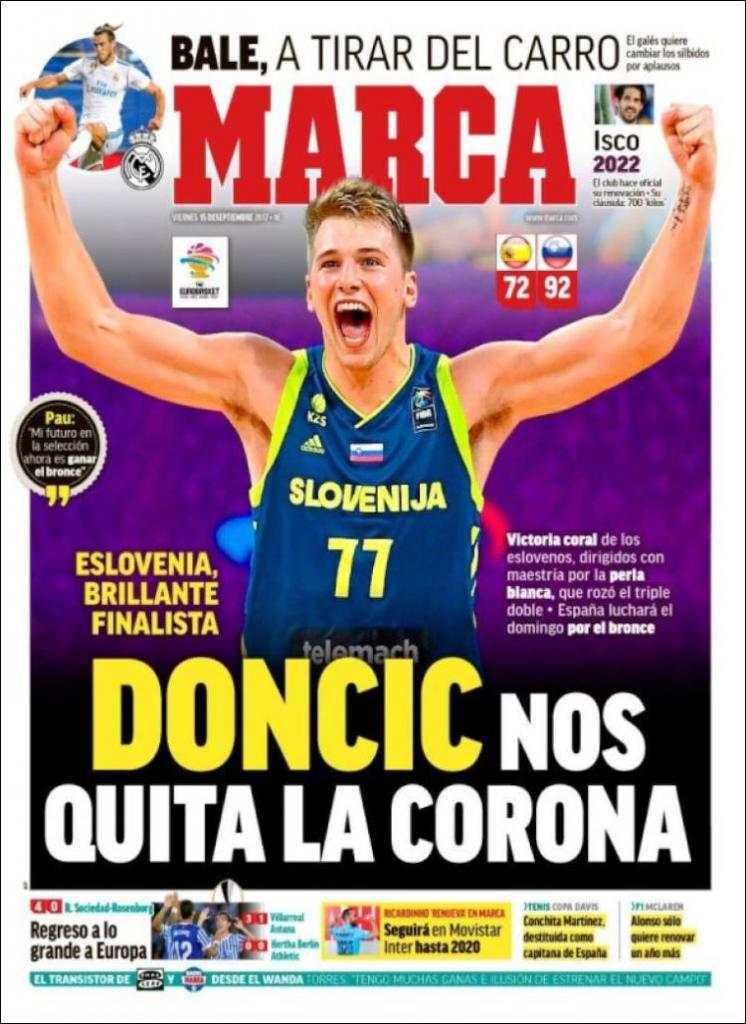 Back in a big way in the Europa 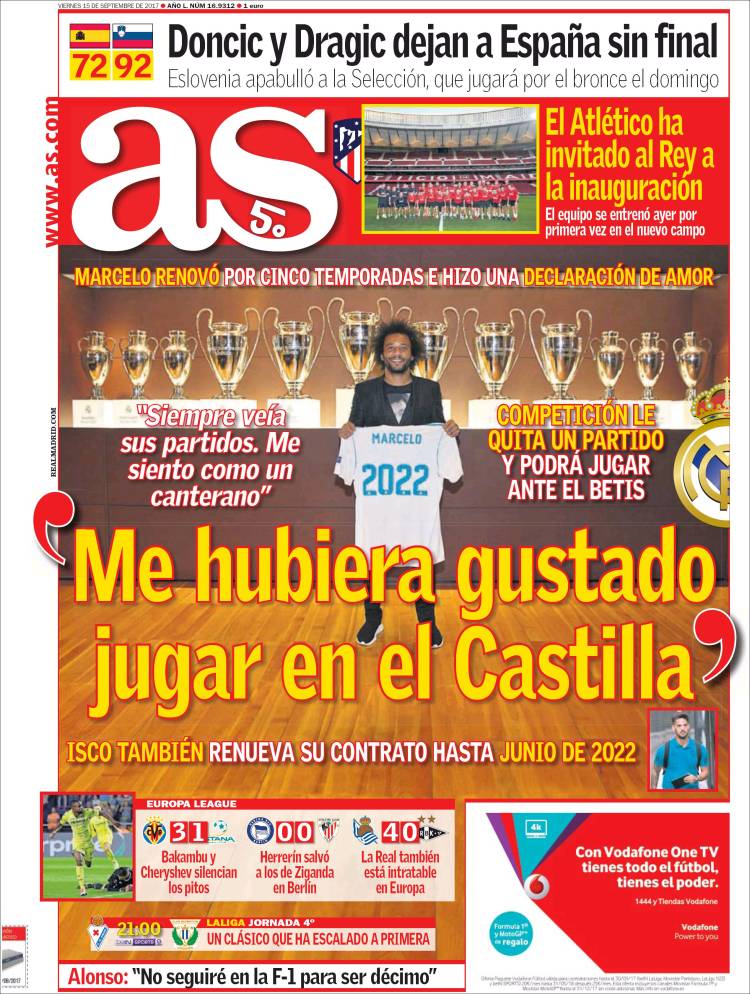 "I would have liked to have played in the Castilla"

Marcelo renews for 5 seasons and declares his love

"I feel like a youth player I've been here so long" - competition committee takes away one game from suspension, can play against Betis

Eibar v Leganes - a climb to the top flight 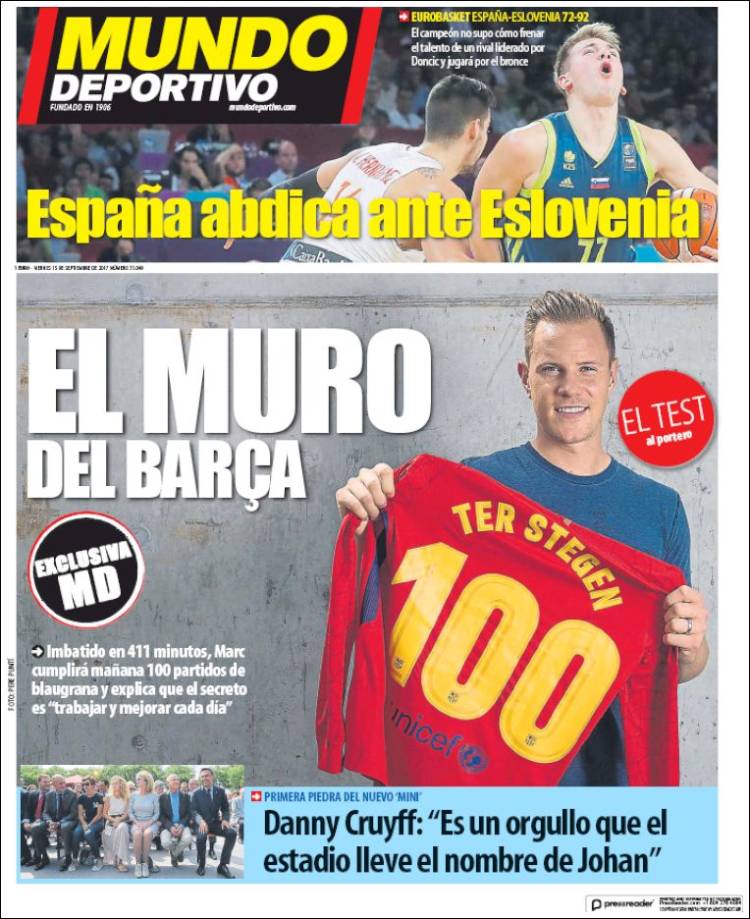 Unbeaten in 411 minutes, Marc celebrates 100 Barca matches tomorrow, the secret is 'working to improve each day'