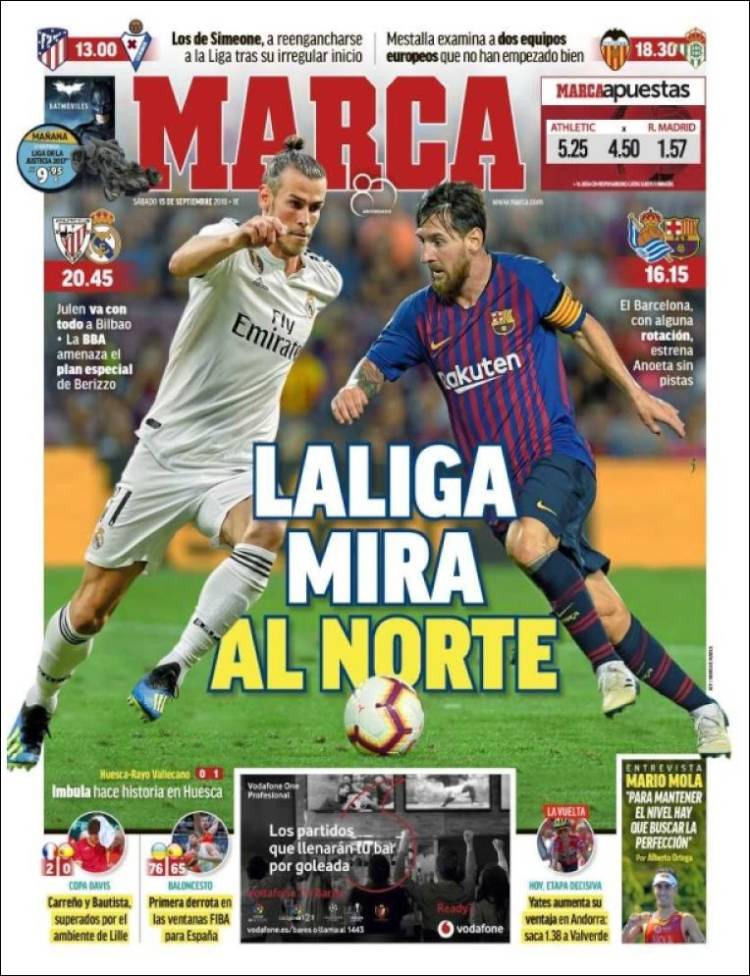 Mestallla examines two European sides who have not started well

Julen goes with everything in Bilbao

Barcelona, with some rotation, go to Anoeta with no leads 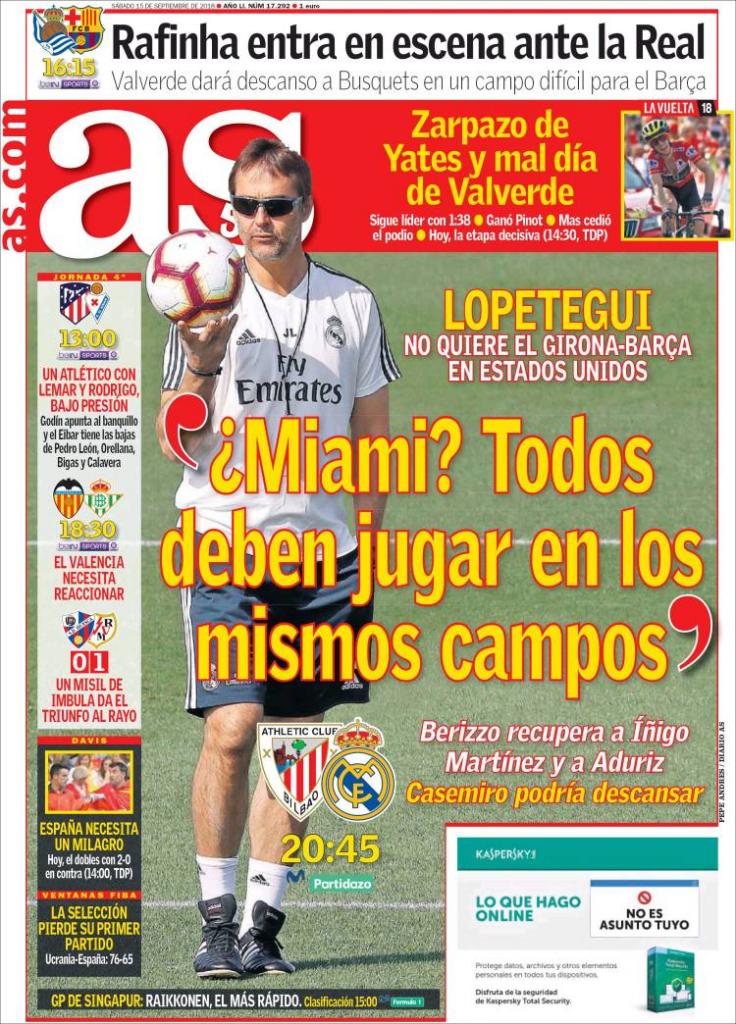 Rafinha comes into the fold against Real

Valverde will rest Busquets at a difficult field for Barca

Lopetegui does not want Girona-Barca in the US

"Miami? Everyone must play on the same pitches"

An Atletico with Lemar and Rodri, under pressure

Godin is set to be benched, while Pedro Leon, Orellana, Bigas and Calavera are all out for Eibar 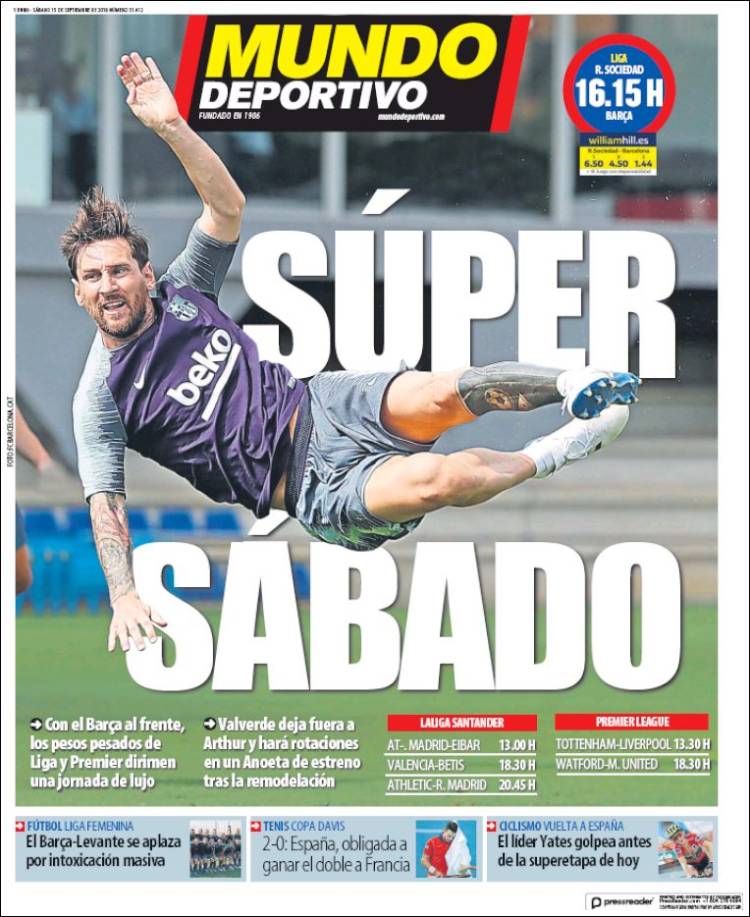 With Barca top, the heavyweights in La Liga and the Premier League battle on a luxury matchday