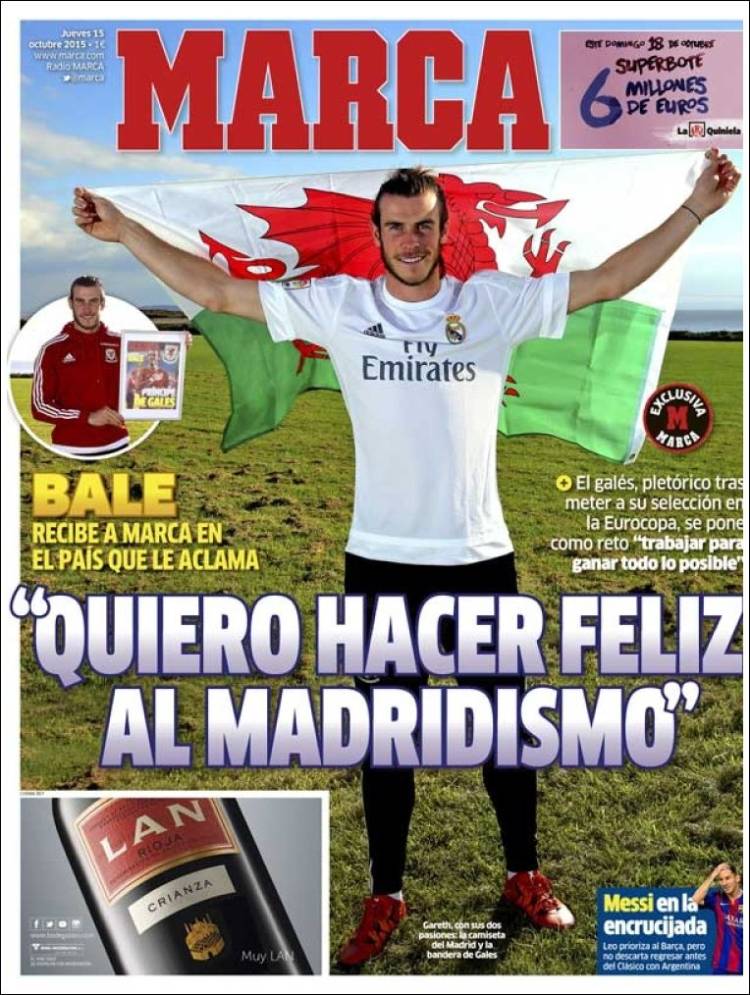 ‘I want to make the Real Madrid supporters happy’

Bale receives a Marca of the country cheering him

The Welshman, exultant after putting his team in the Euros, put the challenge as “working to win everything possible”

Messi at a crossroads 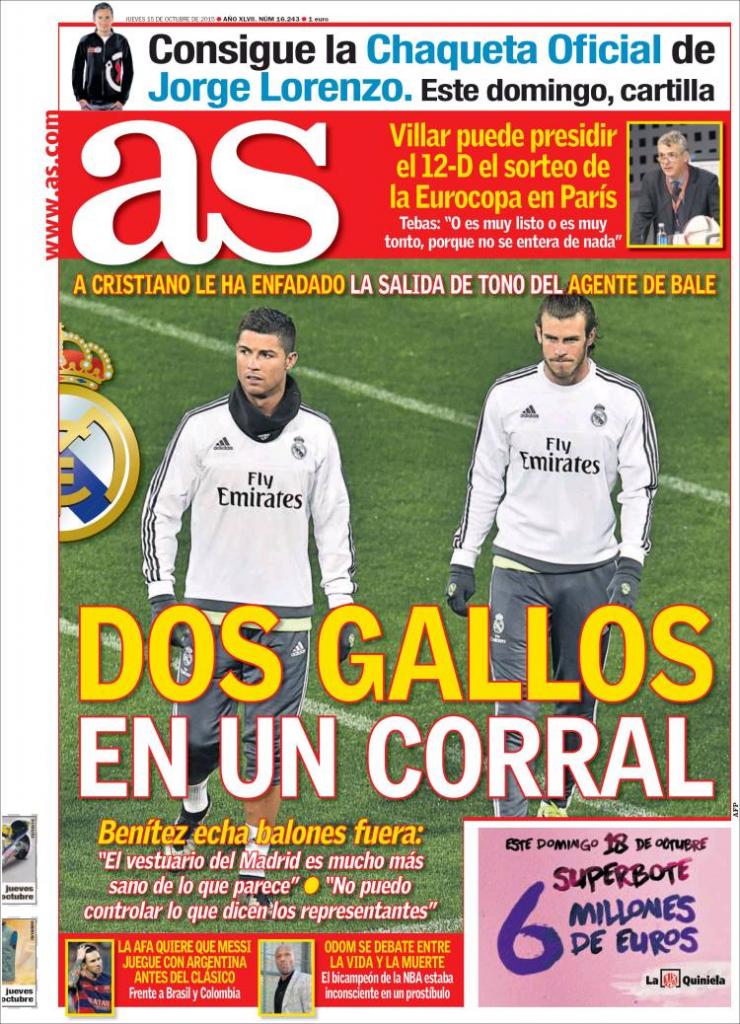 Two roosters in a pen

Cristiano upset by the tone of Bale’s agent

“The Madrid locker room is a lot healthier than it seems”

Tebas: “Either he is very crafty or very dumb, because he doesn’t know anything”

The AFA want Messi to play for Argentina before the Clasico

Against Brazil and Colombia 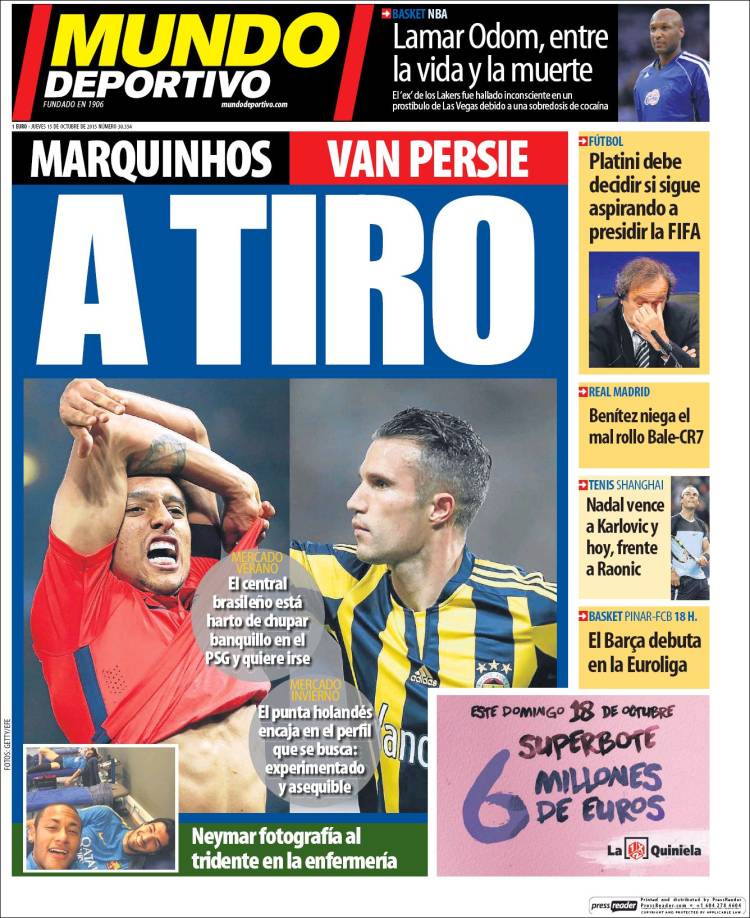 The Dutch forward fits the profile they are looking for: experienced and affordable

Neymar pictures the trident in the infirmary