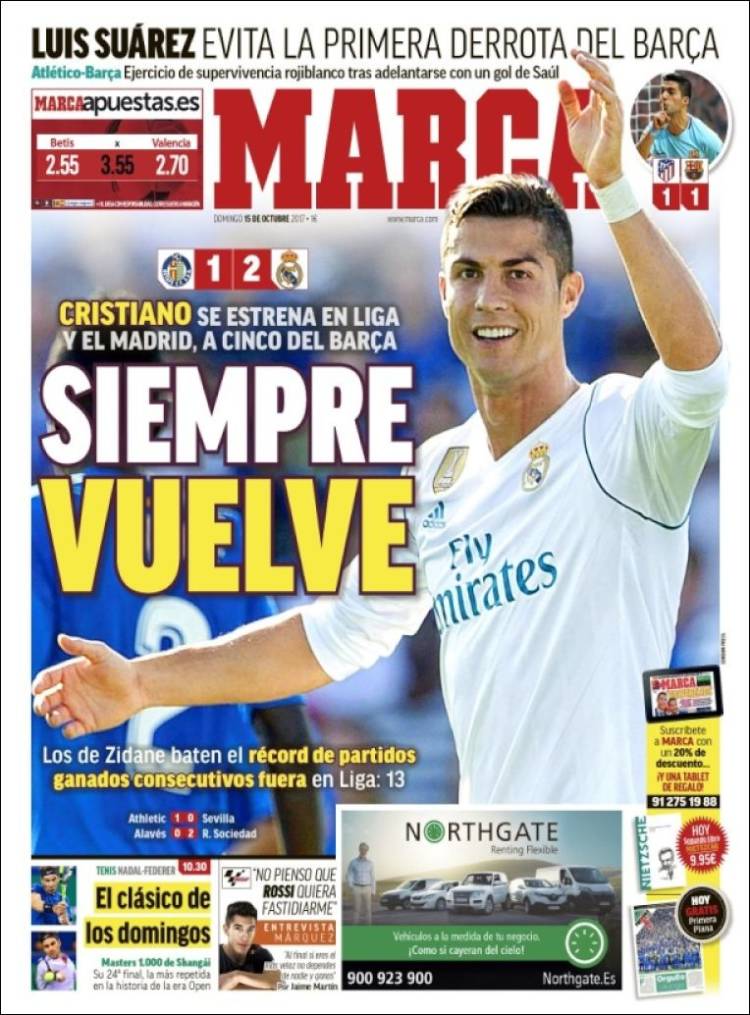 Zidane’s side break the record of consecutive away games won in La Liga: 13 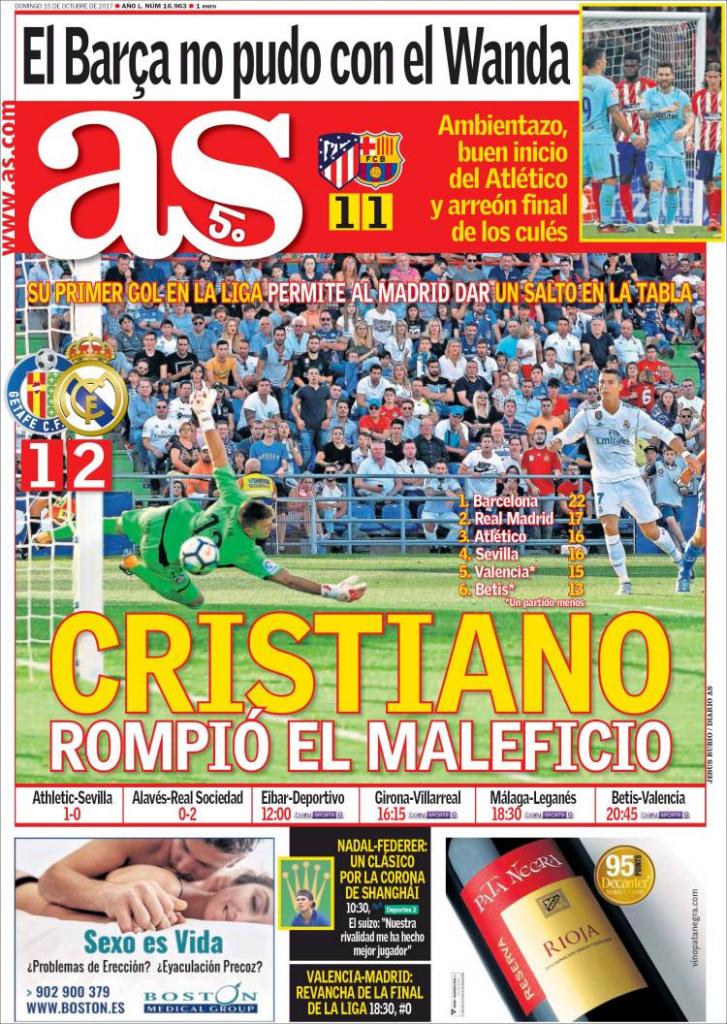 Barca fail to win at Wanda 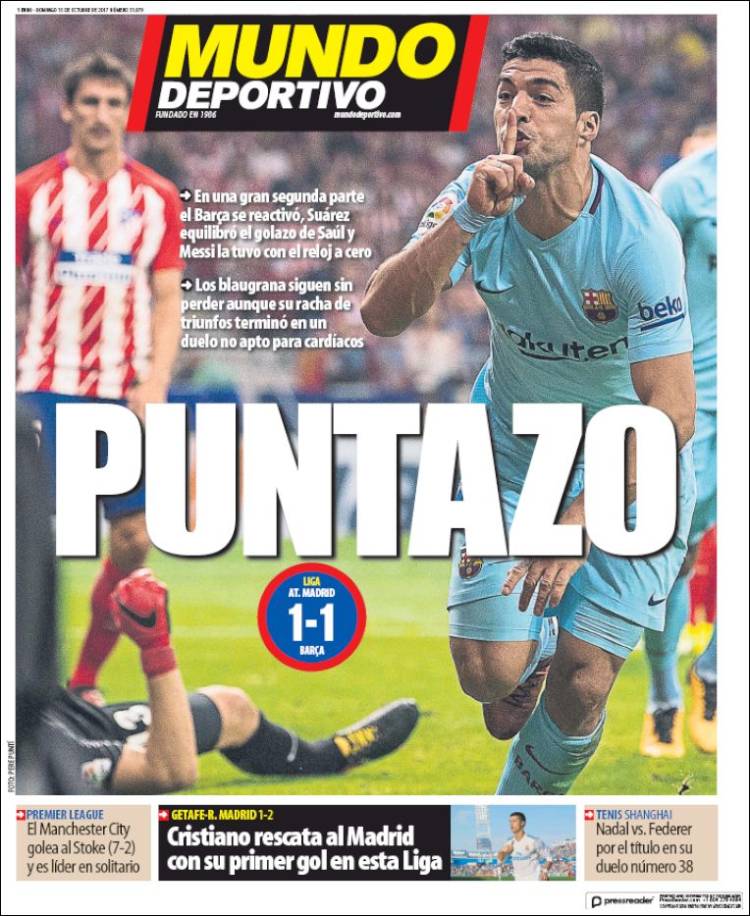 In a great second half, Barca responded as Suarez cancelled out Saul’s golazo and Messi could have won it at the death

The Blaugrana still have not lost, although their run of victories ended in a clash not suitable for the faint-hearted

Cristiano rescues Madrid with his first League goal of the season