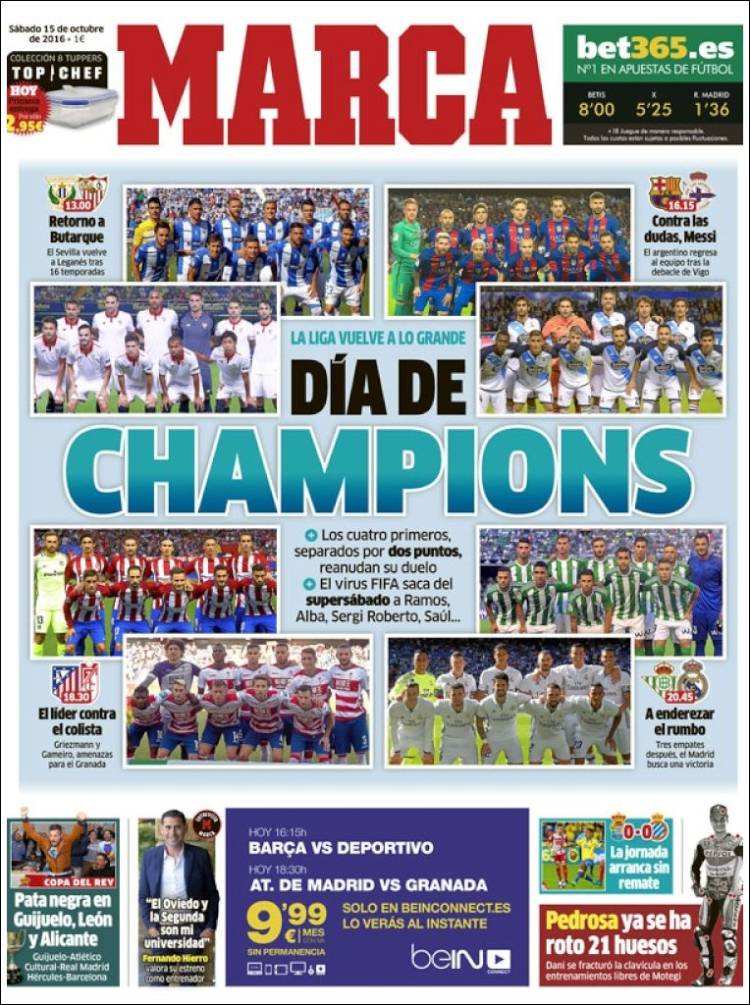 Day of the champions

The FIFA virus rules Ramos, Alba, Sergi Roberto and Saul out of this Super Saturday

Sevilla back at Leganes after 16 seasons

Messi, in the face of doubts

The Argentine returns after the debacle of Vigo

Leaders against the bottom club

Griezmann and Gameiro, threats to Granada

Getting back on track

“Oviedo and La Segunda are my university”

The matchday starts without a kick 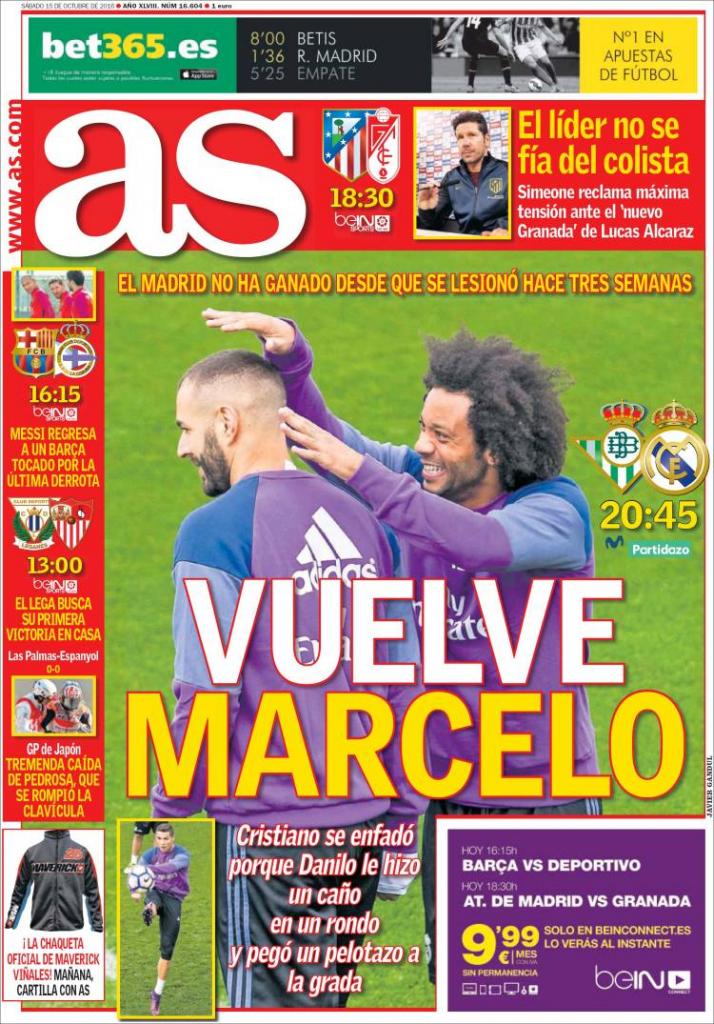 Madrid have not won since he was injured three weeks ago

The leaders do not trust the bottom team

Messi returns for Barca, struck by their previous defeat 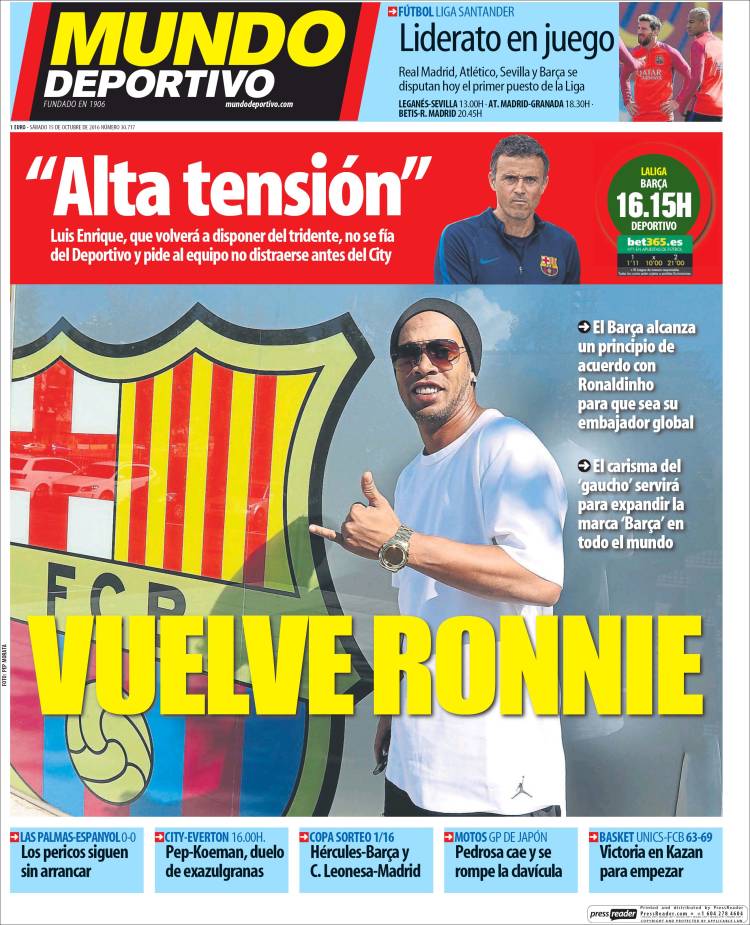 Luis Enrique, who has the trident back, is wary of Deportivo and asks the team not to be distracted by the game against City

Real Madrid, Atletico, Sevilla and Barca are now vying for the top of La Liga

Los Pericos yet to fire