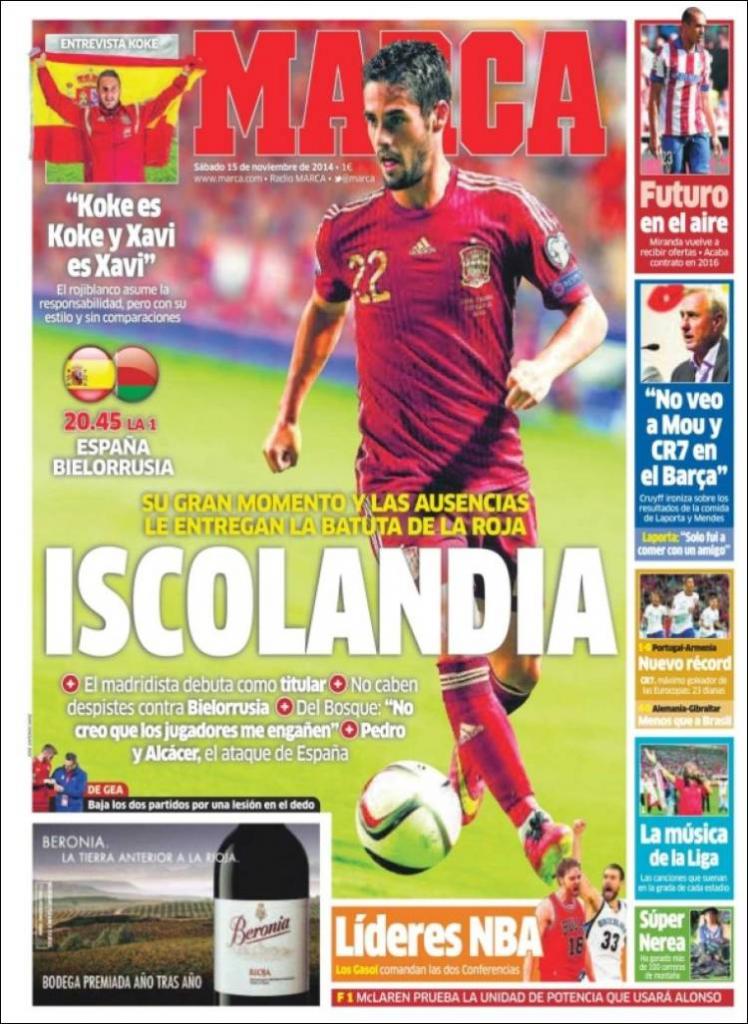 His great form and absentees hands him La Roja’s baton

Del Bosque: “I don’t believe the players are fooling me”

Pedro and Alcacer, the Spain attack

“Koke is Koke and Xavi is Xavi”

The Rojiblanco takes on the responsibility, but with his own style and without comparisons

His future in the air: Miranda receives offers again and his contract ends in 2016

“I couldn’t see Mou and CR7 at Barca”

Cruyff ironic about the dinner between Laporta and Mendes

La Liga’s music: the songs that are heard in every stadium 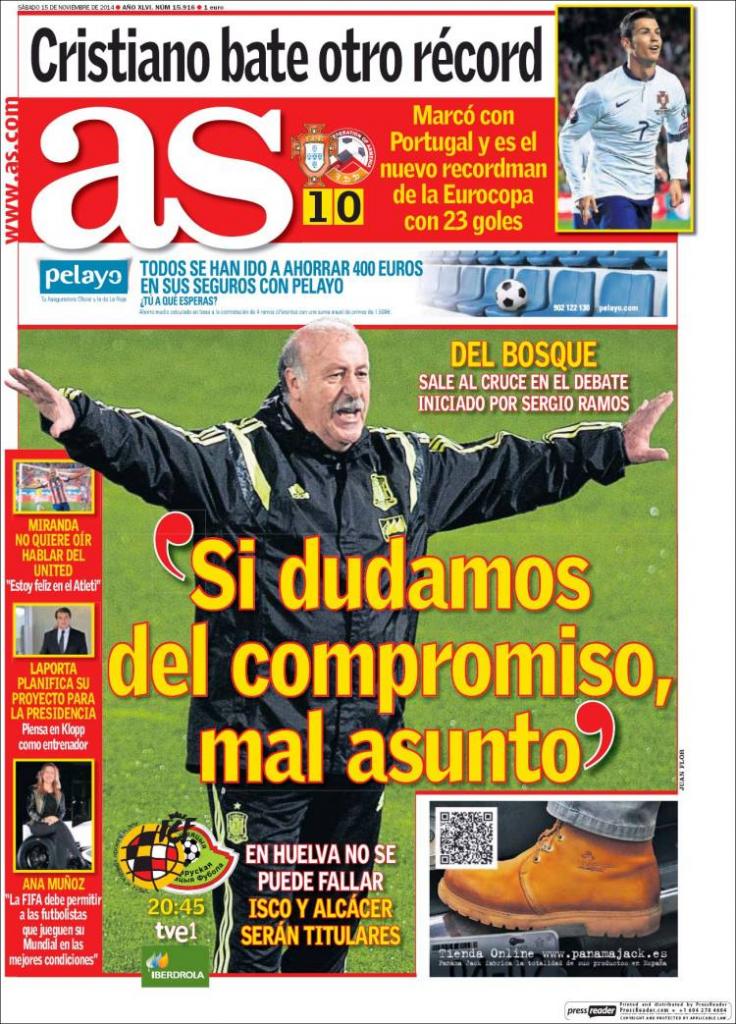 They cannot fail in Huelva: Isco and Alcacer will be in the starting line-up

Del Bosque speaks out on the debate started by Sergio Ramos

Cristiano beats another record: he scores for Portugal and is the new ‘recordman’ in the European Championship with 23 goals

Laporta plans his presidential project: he is considering Klopp as Coach

Ana Munoz: “FIFA must allow those who play in the World Cup to do so under the best conditions” 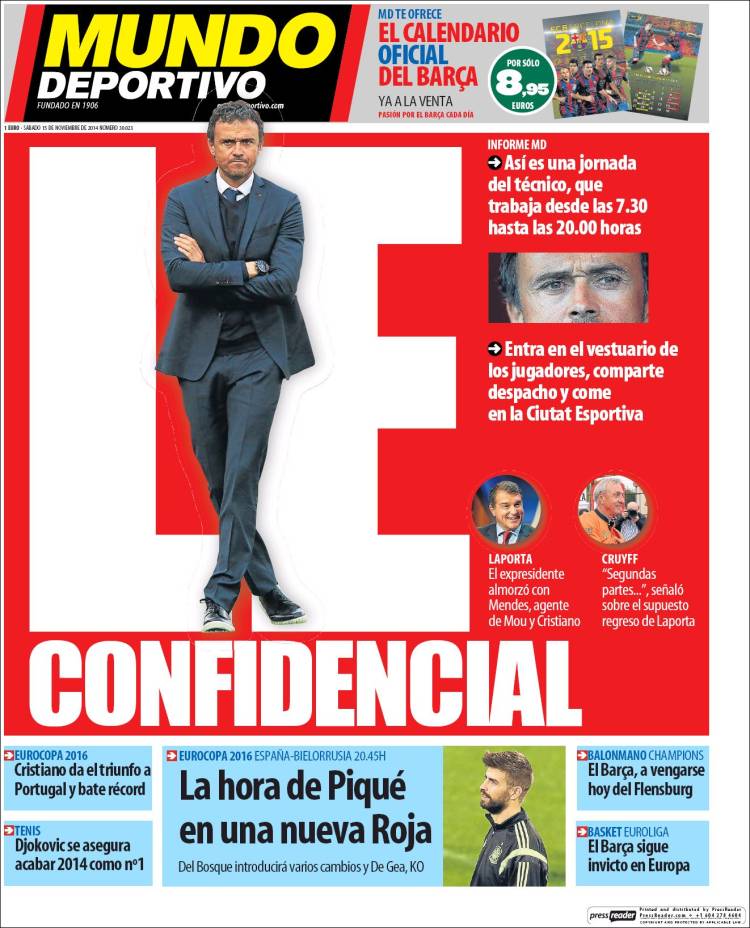 This is what the coach’s day is like: he works from 7.30am until 8pm

He goes into the dressing room with the players, shares an office and eats in the Sports City

Laporta: the former President has lunch with Mendes, Mou and Cristiano’s agent

Cruyff: “It’s the sequel”...he points out on Laporta’s supposed return

Cristiano guides Portugal to victory and beats a record