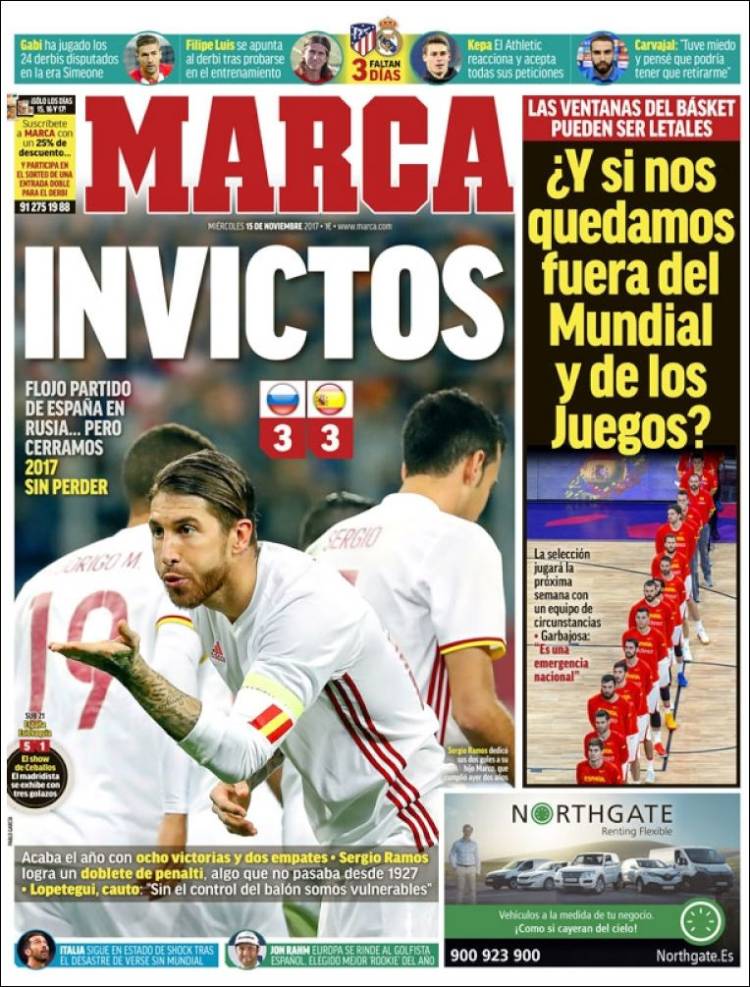 A loose game from Spain in Russia, but we end 2017 unbeaten

The year ends with 8 wins and 2 draws, Ramos scores two penalties something that hasn't happened since 1927, Lopetegui cautious: Without control of the ball, we are vulnerable

Italy in a state of shock after WC failure

Gabi has played 24 derbies in Simeone era, Filipe Luis set to return for Atleti, Kepa - Athletic react, Carvajal: I was afraid, thought I'd have to retire 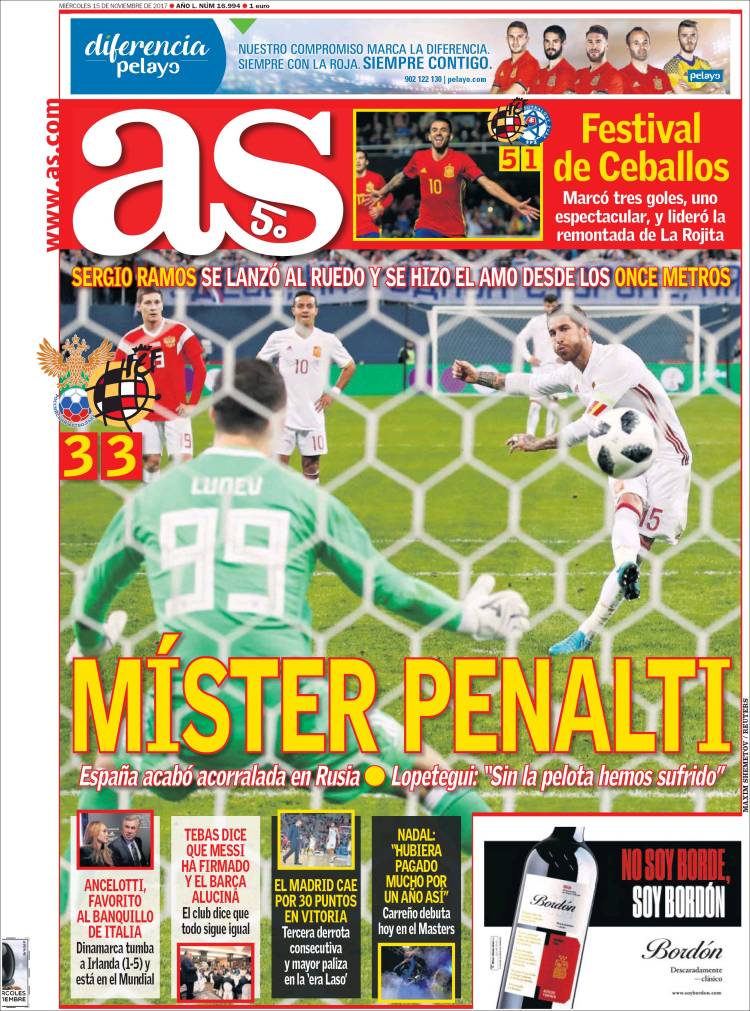 Spain cornered in Russia, Lopetegui: Without the ball we are vulnerable

Ceballos party - hat-trick, one spectacular goal in under-21 victory over Slovakia, 5-1 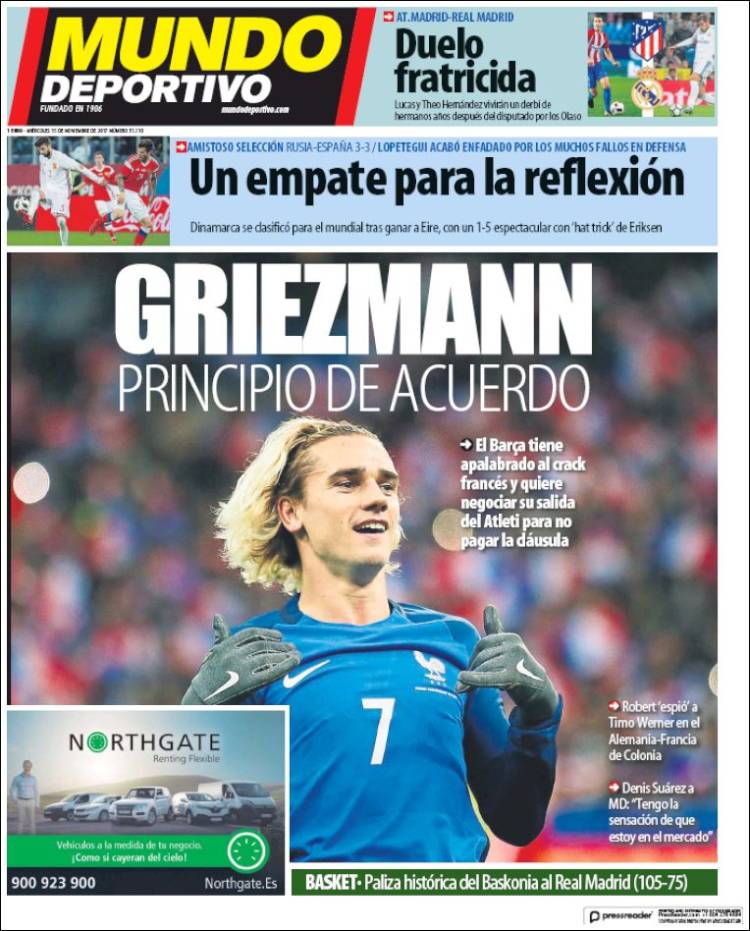 Denis: I have the feeling I'm on the market

A draw for reflection - vulnerable in defence