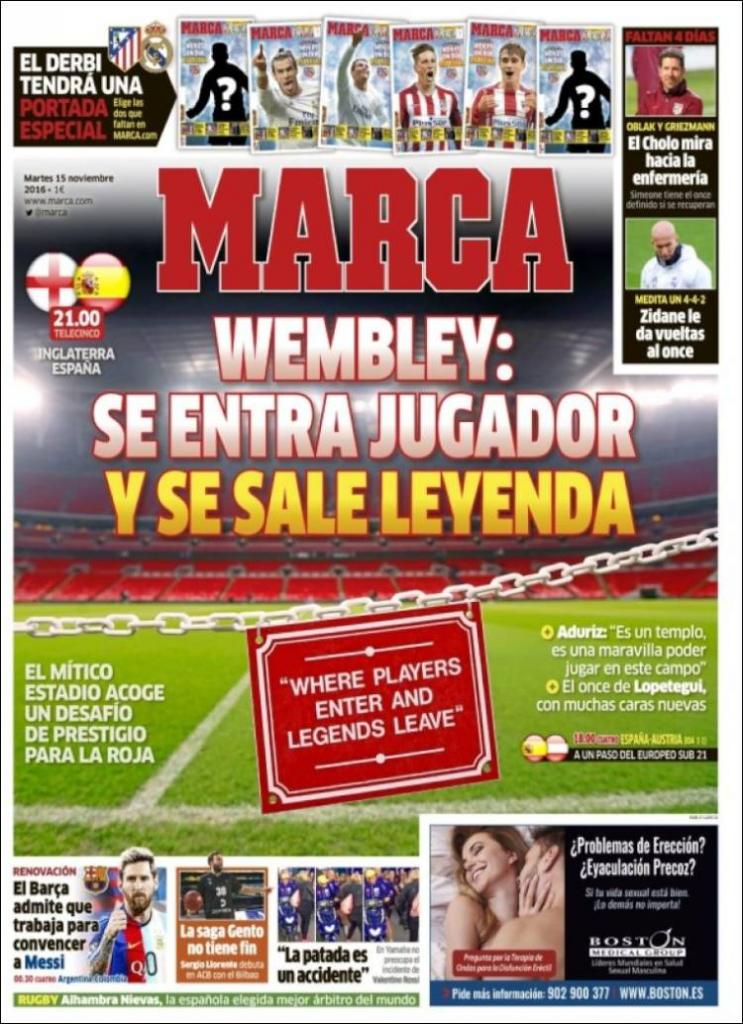 Wembley: You enter a player and leave a legend

The mythical stadium hosts a prestigious challenge for Spain

Aduriz: 'It is a temple, it is wonderful to be able to play on this pitch'

Lopetegui's side to have many new faces

4 days left - Simeone assesses his team, he'll have a full XI available if Oblak and Griezmann recover; Zidane to settle on a 4-4-2

Barca admit they are working to convince Messi on new deal 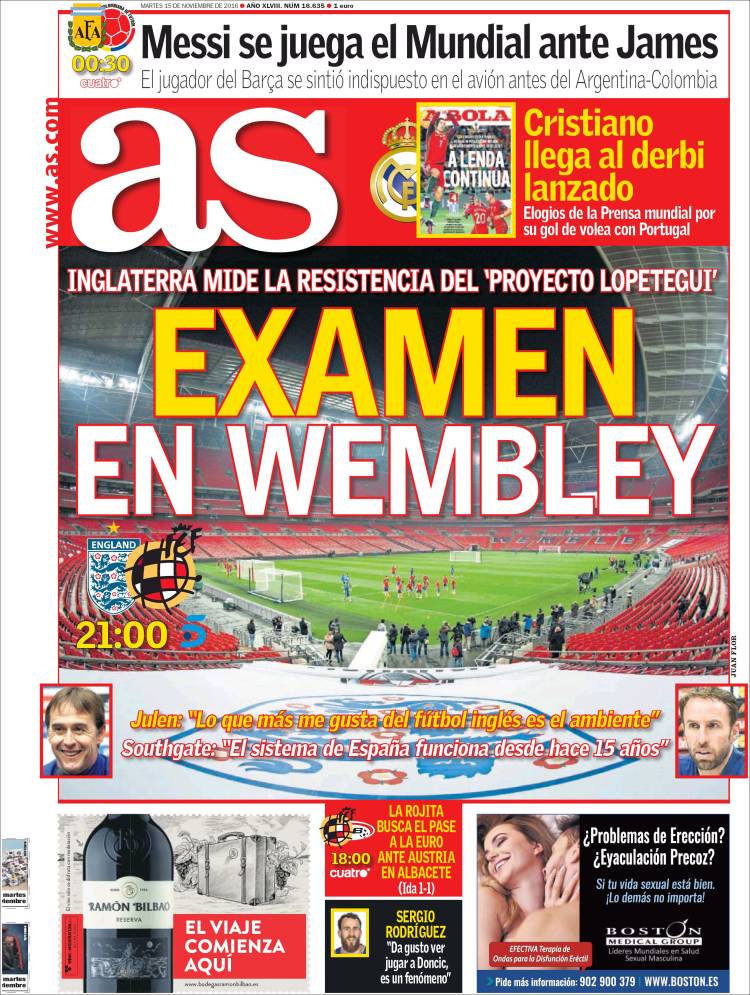 England a good measure of resistance for 'Lopetegui's project'

Lopetegui: What I like most about English football is the atmosphere

Southgate: Spain's system has worked for the last 15 years

La Rojita aim to get to the Euros in Albacete 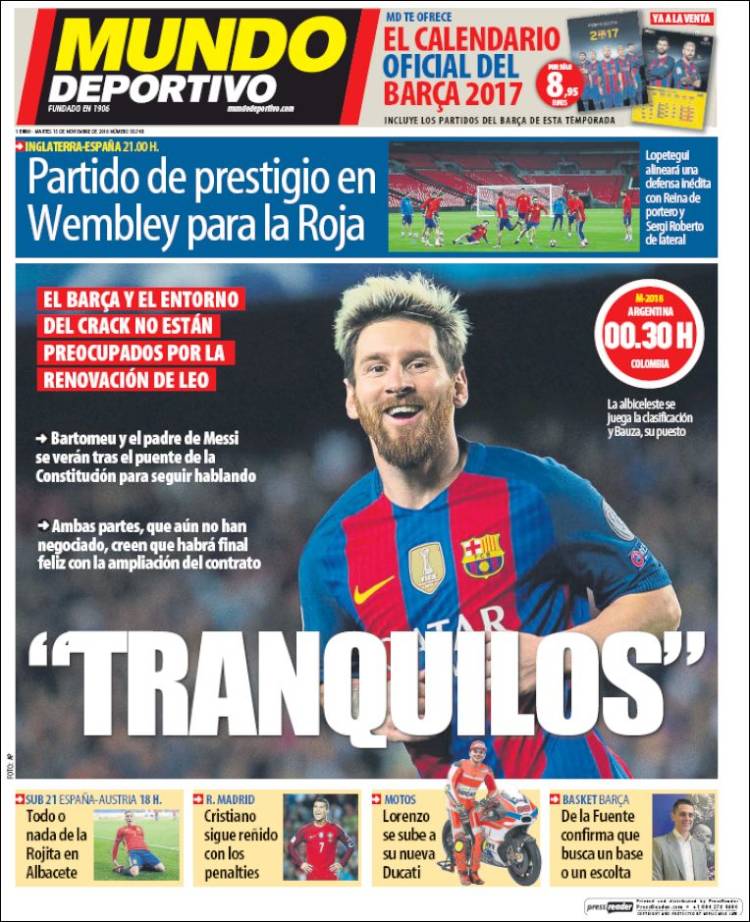 Messi and Barca aren't preoccupied with thinking about the player's renovation

Both parties would be happy to lengthen and largen the contract

All or nothing for La Rojita against Austria

Ronaldo at odds with penalties