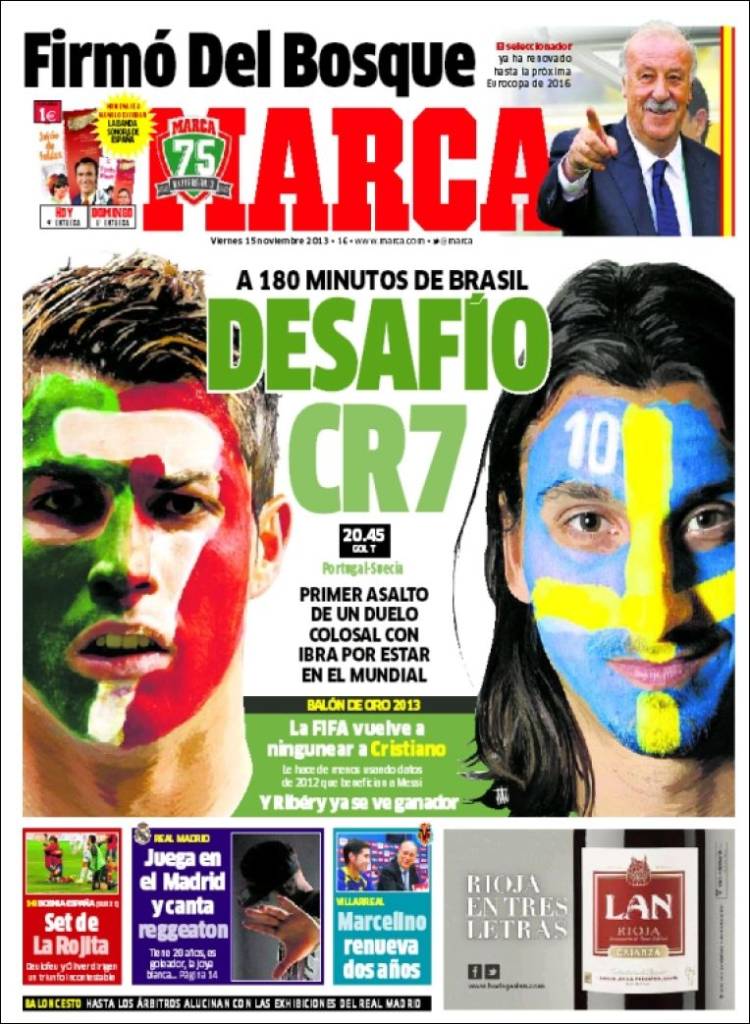 and Ribery could win it

Del Bosque signs: The coach has renewed until 2016 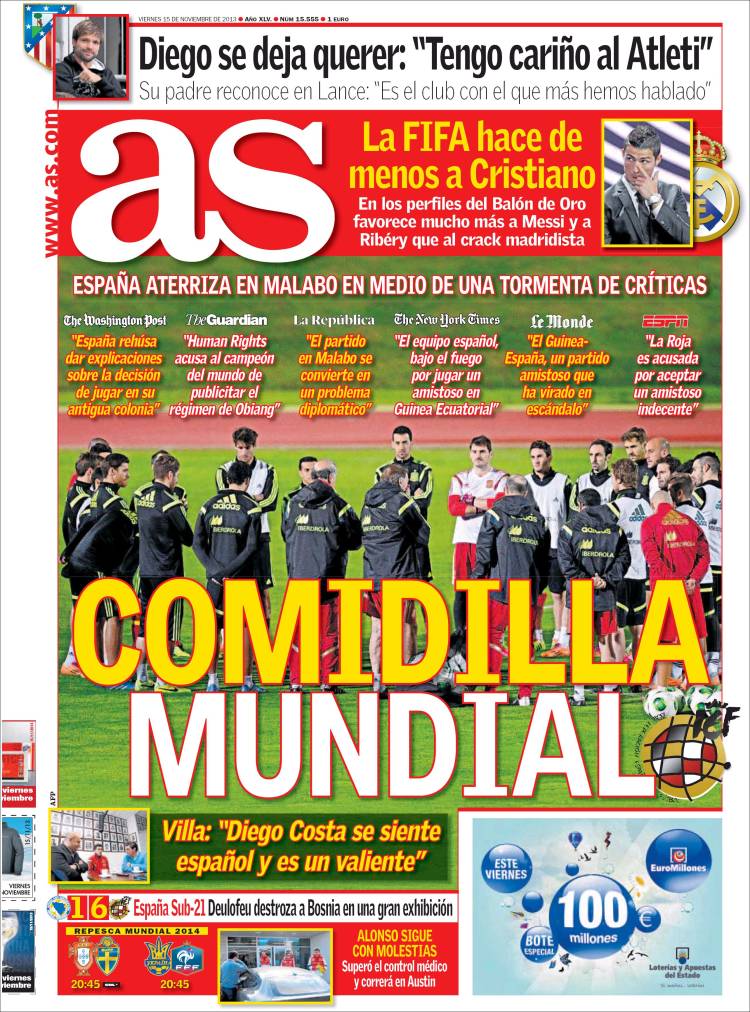 The talk of the world

The Washington Post: "Spain refuse to give explanations over their decision to play in their old colony"

The Guardian: "Human Rights accuse the champions of promoting the regime of Obiang"

La Republica: "The game in Malabo has turned into a diplomatic issue"

The New York Times: "The Spanish team under pressure to play a friendly in Guinea Equatorial"

Le Monde: "Guinea versus Spain, a friendly game that has become a scandal"

ESPN: "La Roja are accused of accepting an indecent proposal"

Diego leaves loved: "I have the affection of Atleti" 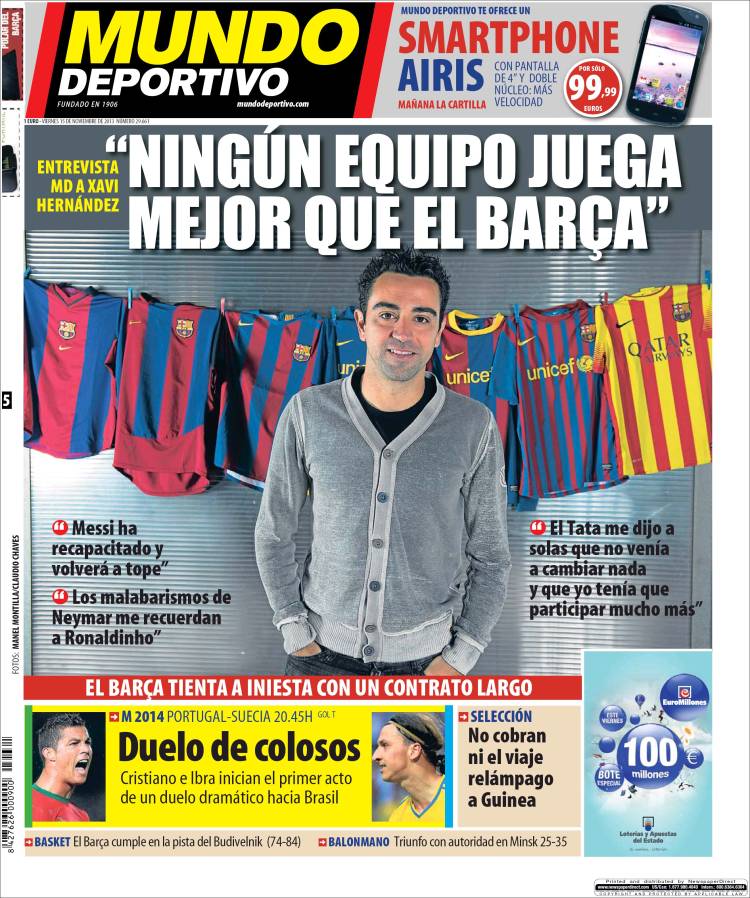 "There is no team that plays better than Barca" Xavi

"Messi is recovering and will return to his best"

"The expressiveness of Neymar reminds me of Ronaldinho"

"Tata told me privately that he did not come to change nothing, that I had to participate more"

Spain: They do not pay for their trip to the Guinea