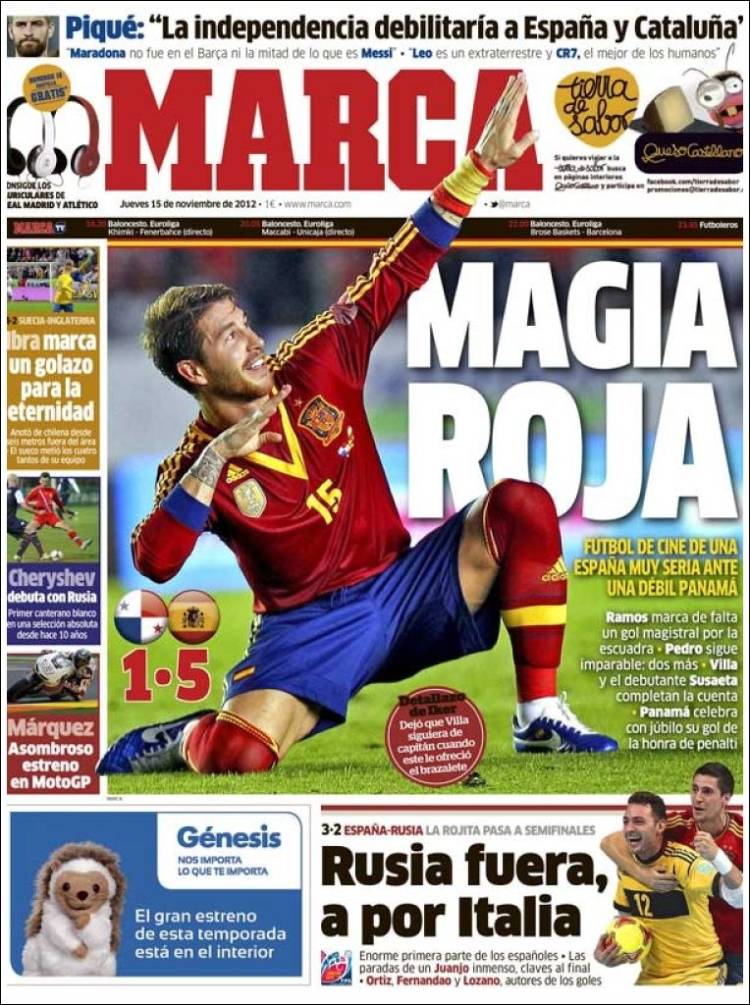 Villa and the debutant Susaeta complete the scoring

Panama celebrate their consolation goal from the penalty spot with jubilation

“Maradona at Barca was not half what Messi is” 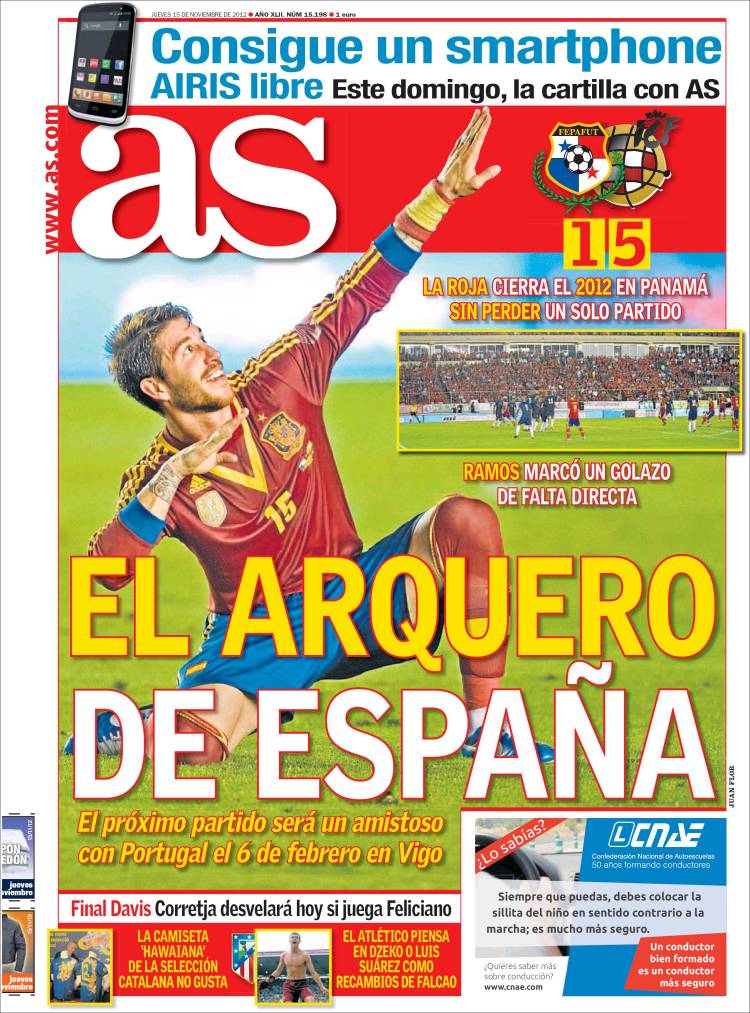 Ramos scores a great goal from a direct free-kick

La Roja close 2012 in Panama without losing a single game

Atletico think of Dzeko and Suarez as replacements for Falcao 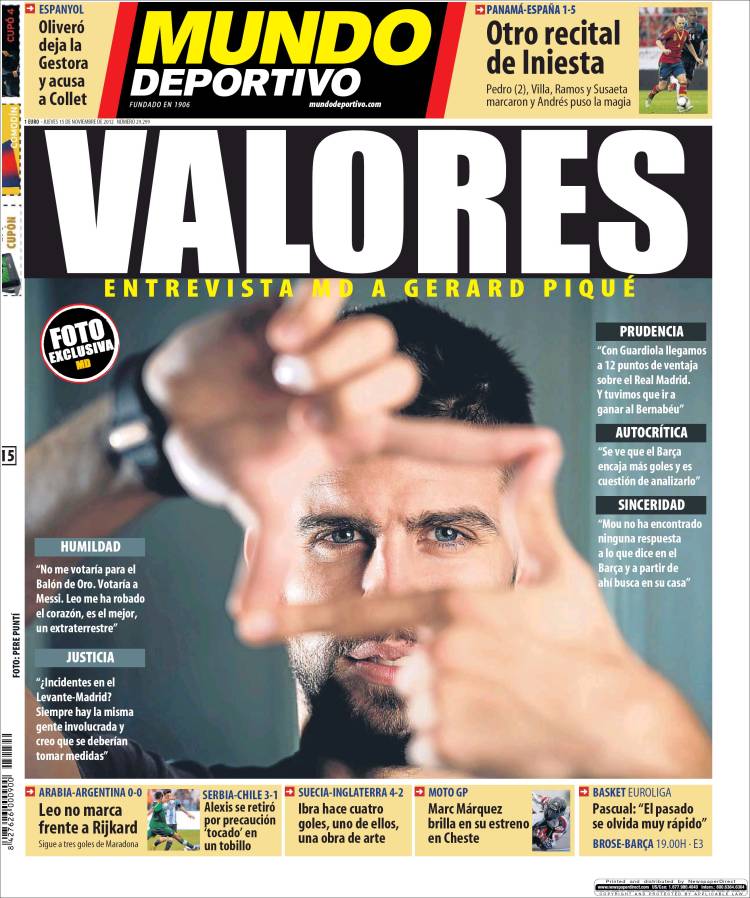 Humility: “ I wouldn’t vote for myself in the Ballon d’Or. I’d vote for Messi. Leo has stolen my heart, he is the best, an extra-terrestrial”

Justice: “Incidents in the Levante-Madrid match? It’s always the same people involved and they should do something about it”

Caution: “With Guardiola we had a 12-point advantage over Real Madrid. We have to go to the Bernabeu to win”

Self-criticism: “We’ve seen Barca concede more goals so we need to analyse it”

Sincerity: “Mou has not found an answer to what he said in Barcelona so he is looking nearer home”

Alexis comes off as a precaution with an ankle knock

Ibra scores four goals, one of them a work of art