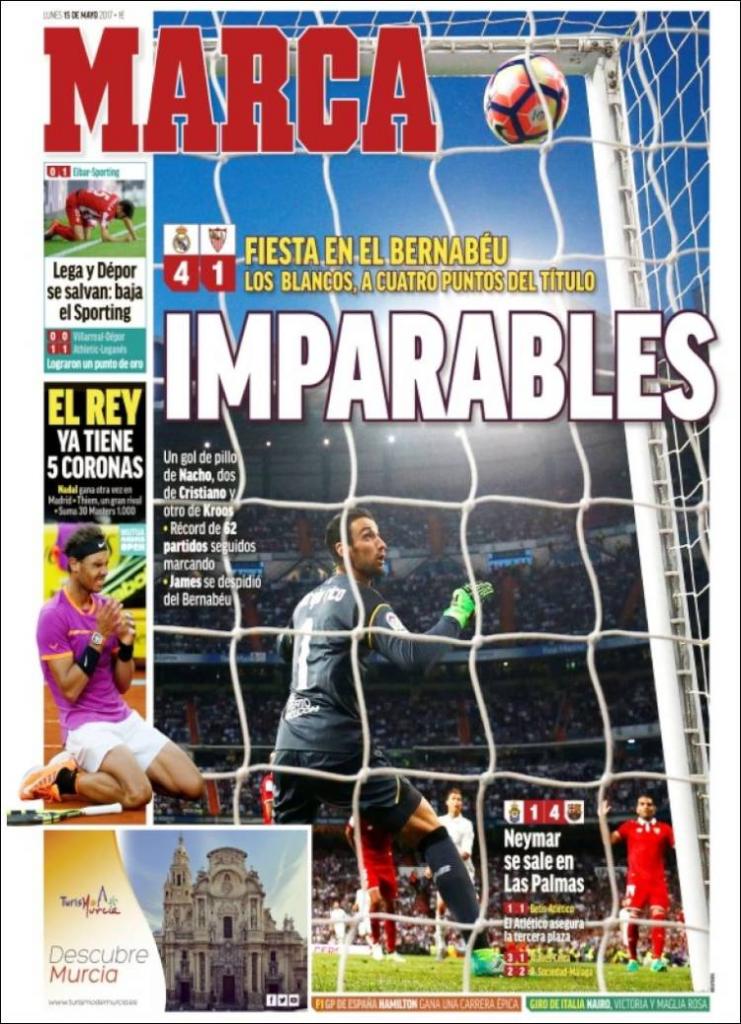 A Bernabeu party - Madrid only 4 points from the title

A rascal goal from Nacho, two from Cristiano and another from Kroos, record of 62 consecutive matches scored in, James farewell to the Bernabeu 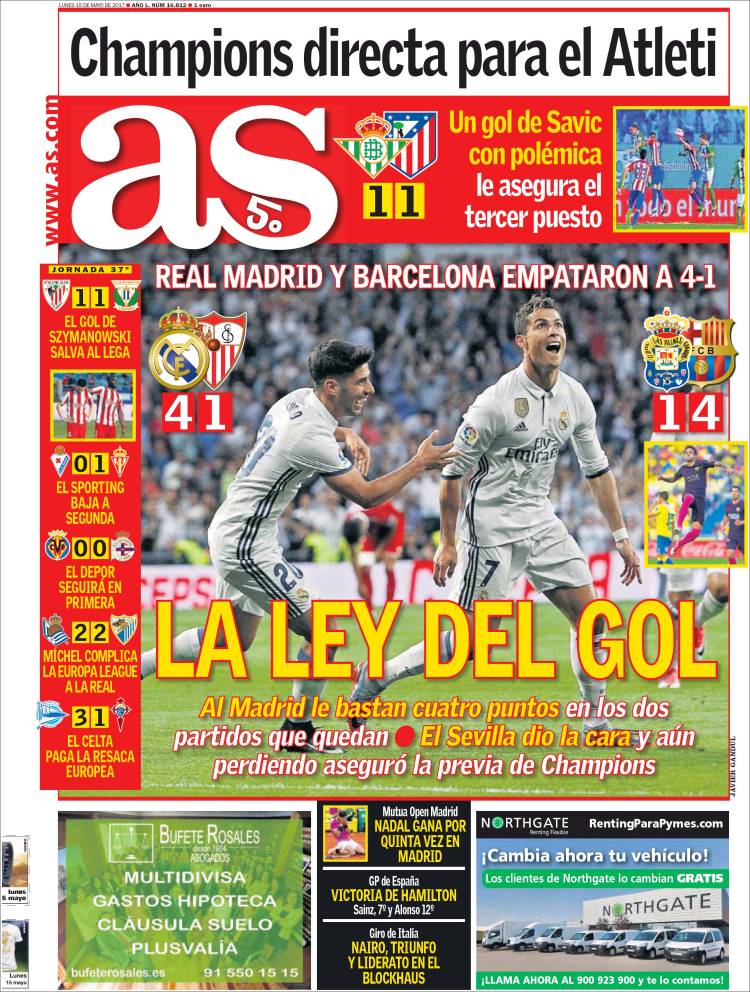 The law of the goal

4 points from the games that remain enough for a Madrid title, Sevilla played well and secured Champions League spot

Real Madrid and Barcelona both win 4-1 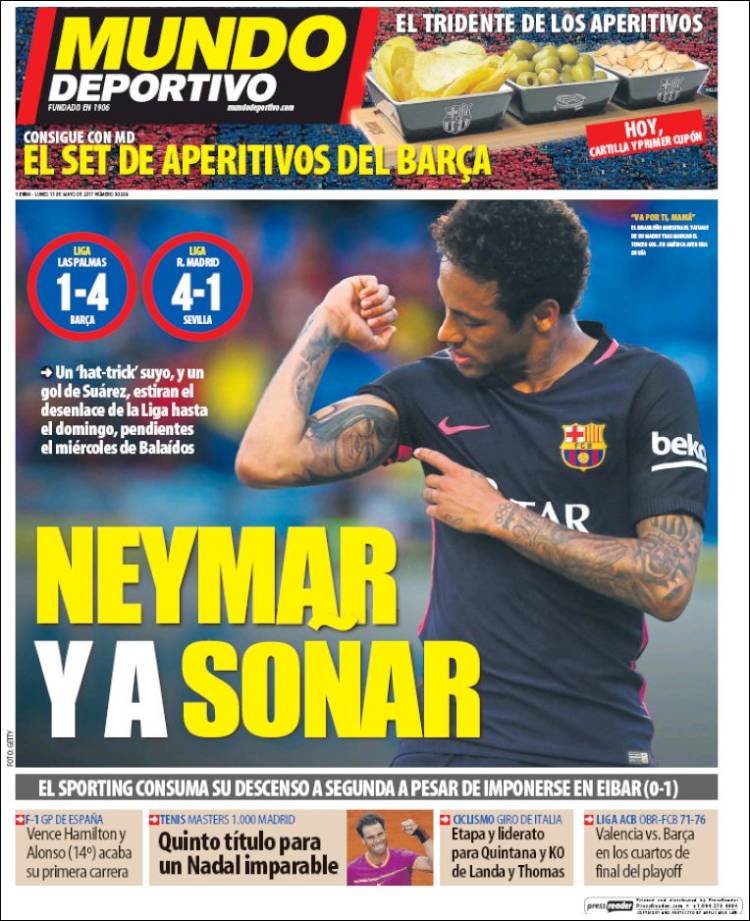 Neymar and a dream

Sporting relegated to Segunda despite 1-0 win at Eibar