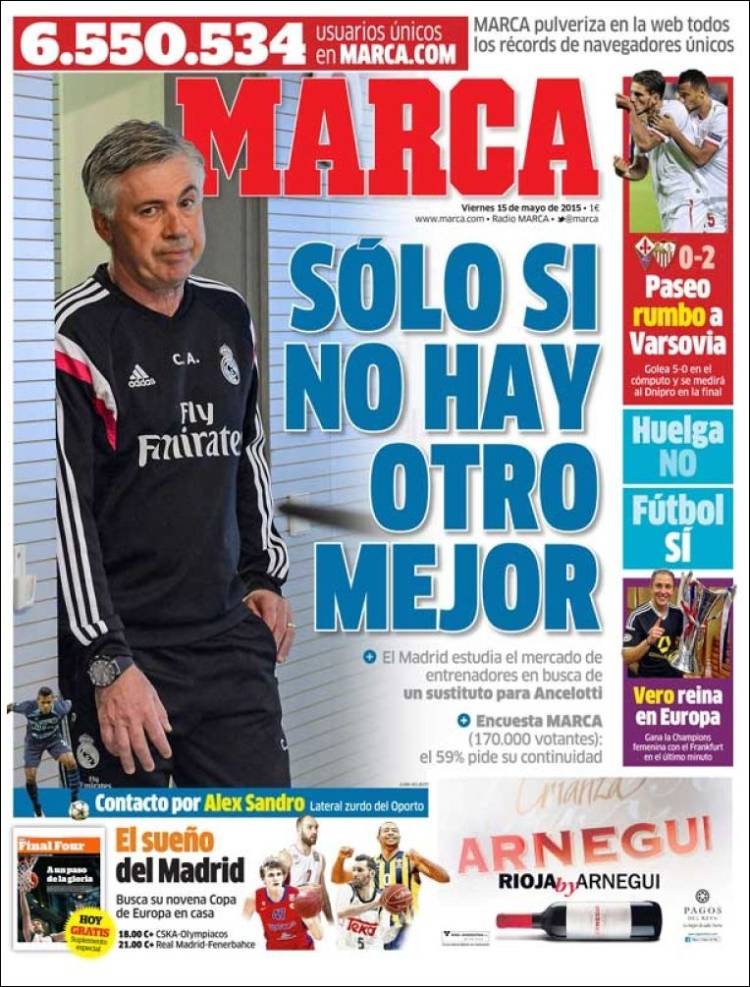 Only if there is nobody better

Stroll towards Warsaw. 5-0 thrashing counted up and they will face Dnipro in the final 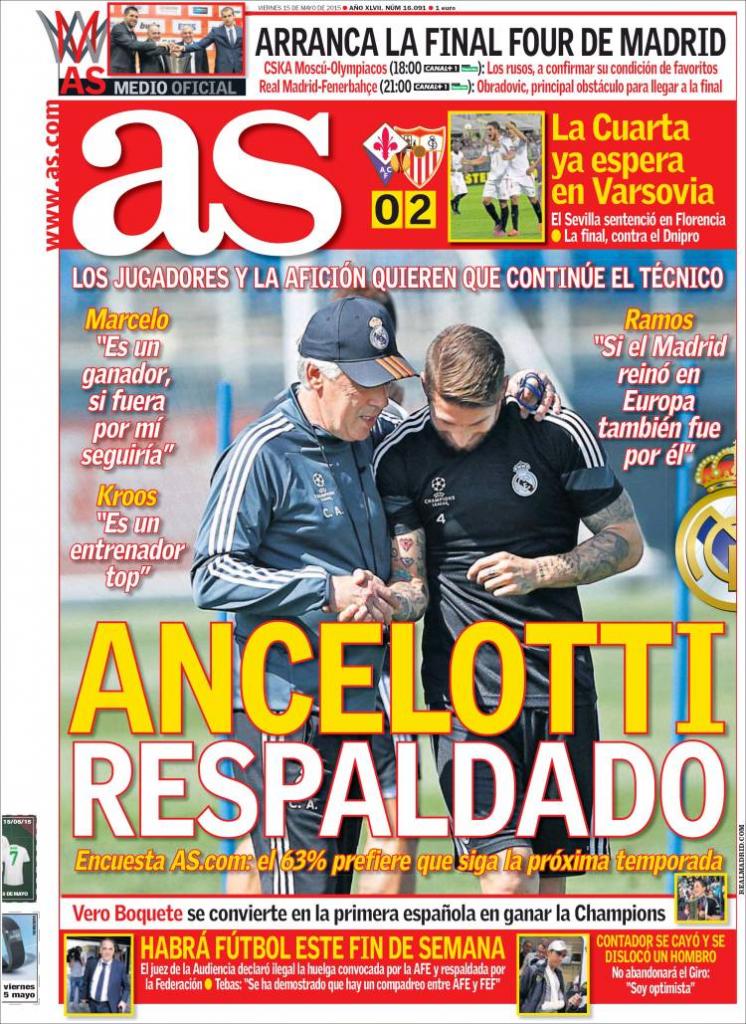 AS.com poll: 63 per cent prefer him to carry on next season

The players and fans want him to continue as Coach

Ramos: “If Madrid reigned in Europe it was also because of him”

The fourth now awaits in Warsaw. Sevilla ruled in Florence

The final, against Dnipro

There will be football this weekend 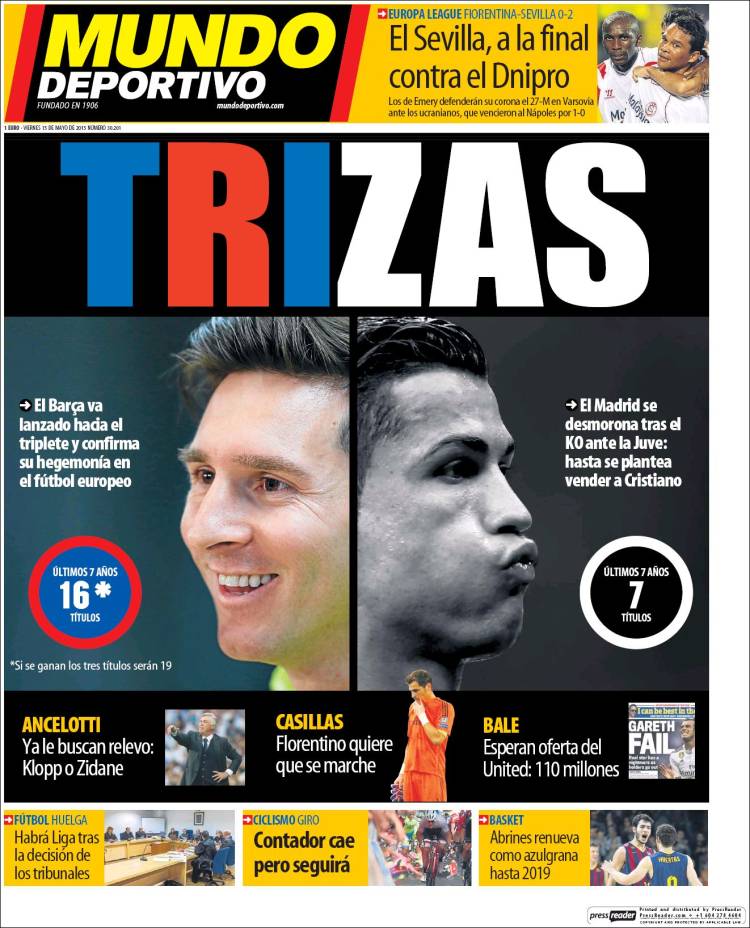 Barca launched towards the treble and confirm their dominance in European football. *Sixteen titles in the last seven years. *If they win three titles it will be 19

Madrid crumble after being knocked out by Juventus: they could even sell Cristiano. Seven titles in the last seven years

Ancelotti: they are now looking for a replacement – Klopp or Zidane

Casillas: Florentino wants him to leave

Bale: they are hoping for an offer from United – €110m

Sevilla, into the final against Dnipro. Emery’s men will defend their crown on May 27 in Warsaw against the Ukrainians, who beat Napoli 1-0

Football strike: La Liga goes ahead after the court’s decision