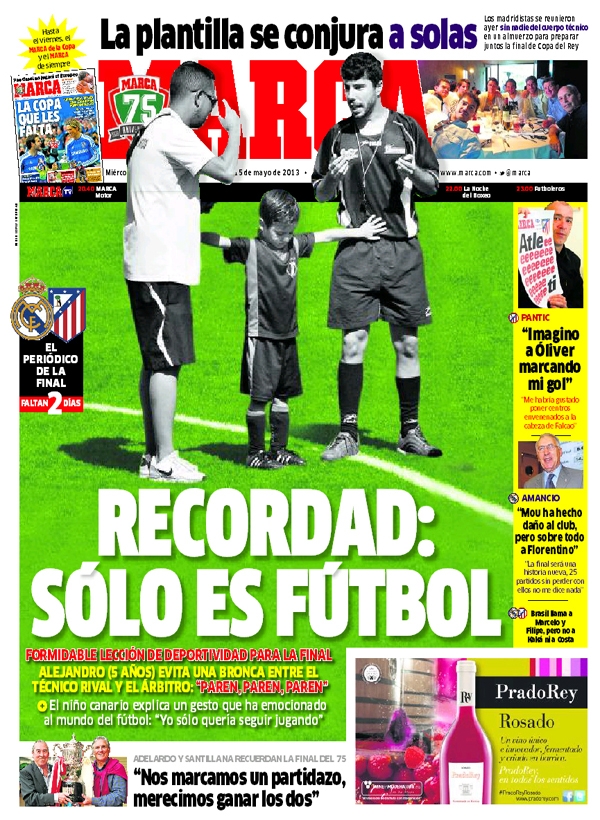 Remember; it is only football

An important lesson in sport for the final

Alejandro (5 years old) try to avoid a dispute between a rival coach and a referee saying, "Stop, stop, stop"

The Canarian boy explains his actions that have touched the football world: "I only wanted to continue playing"

Adelardo and Santillana remember the final from 1975

"We scored in that great game and we merited winning two"

The team get together by themselves

"I would have liked to put in crosses for Falcao's head"

Amancio: "Mou has damaged the club and overall to Florentino"

"The final will be a historical. 25 games without losing to those"

Brazil call up Marcelo and Filipe but no Costa 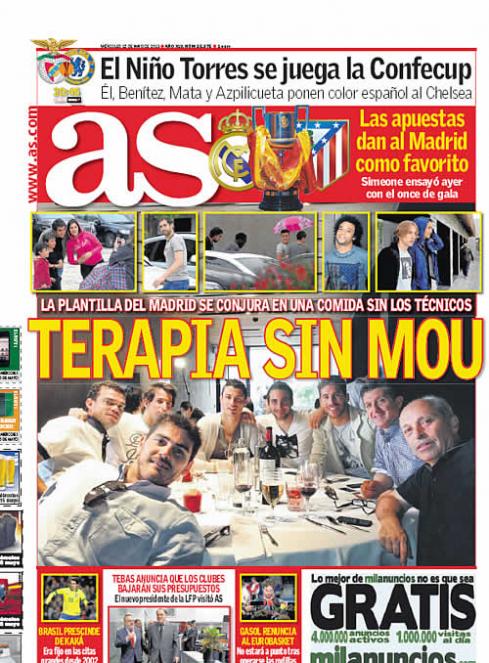 Madrid players organise a lunch without their coach

Chelsea: El Nino Torres to play in the Confederations Cup

Benitez, Mata and Azipilicueta give Chelsea a Spanish flavour for teh Europea League final

The betting houses put Madrid as favourites for the Copa final

Brazil without Kaka: He has been a feature in every important occasion since 2002

Tebas announces that the clubs will decrease their taxes

The new president of the LFP talks to AS

Gasol out of Euro: He will not be ready after an operation on his knees 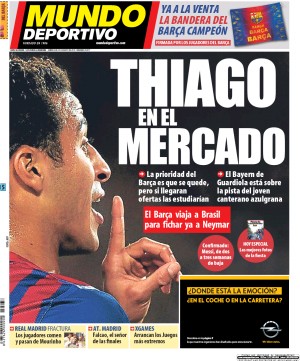 Thiago on the market

The priority for Barca is that he stays, but, if they receive an offer hey will consider it

Bayern's Guardiola is looking at the young Canterano

The players eat without Mourinho