Today's front-page football headlines from Marca, AS and Mundo Deportivo…. 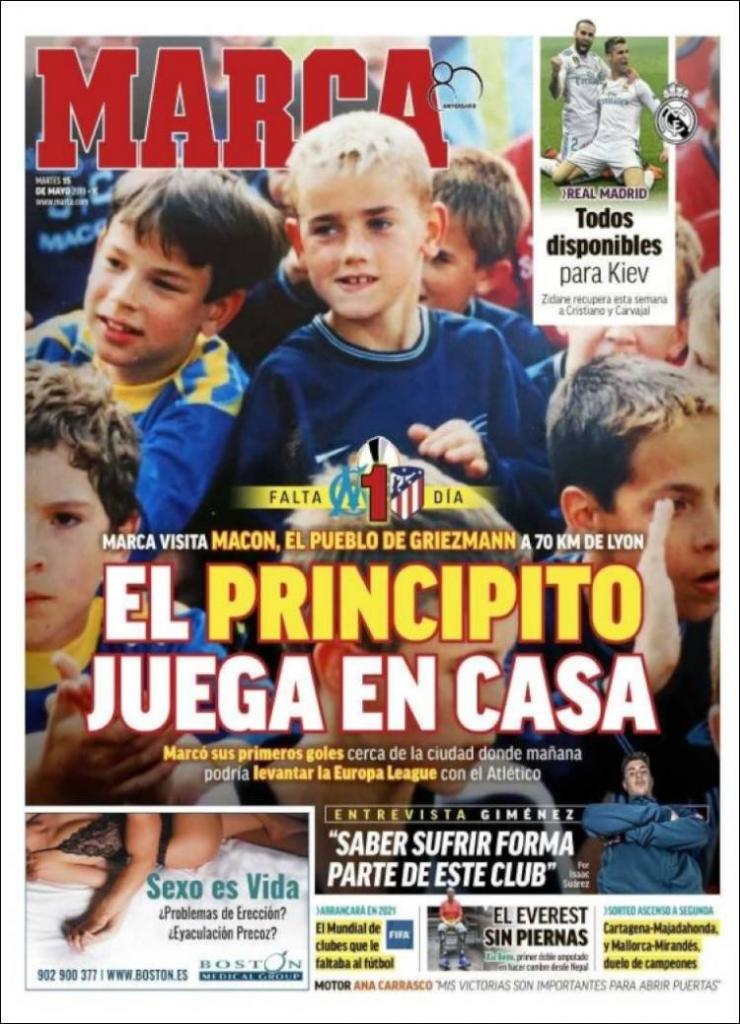 The little prince plays at home

Gimenez interview: “To know how to suffer forms part of this club”

The Club World Cup that was missing football

Real Madrid: Everyone available for Kiev

Zidane gets Cristiano and Carvajal back this week 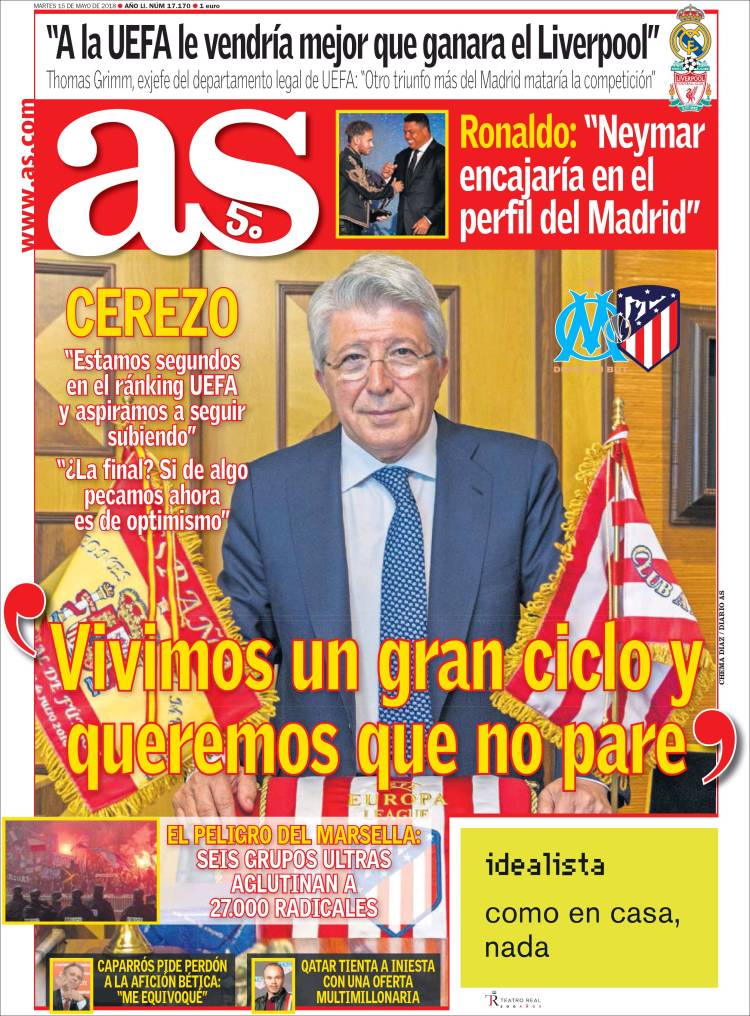 Cerezo: “We are second in the UEFA rankings and hope to continue moving up”

“The final? If we have any sin now it is optimism”

“For UEFA it would be better if Liverpool won”

The Marseille danger: six groups of Ultras make up 27,000 radicals

Caparros says sorry to Betis fans: “I was wrong” 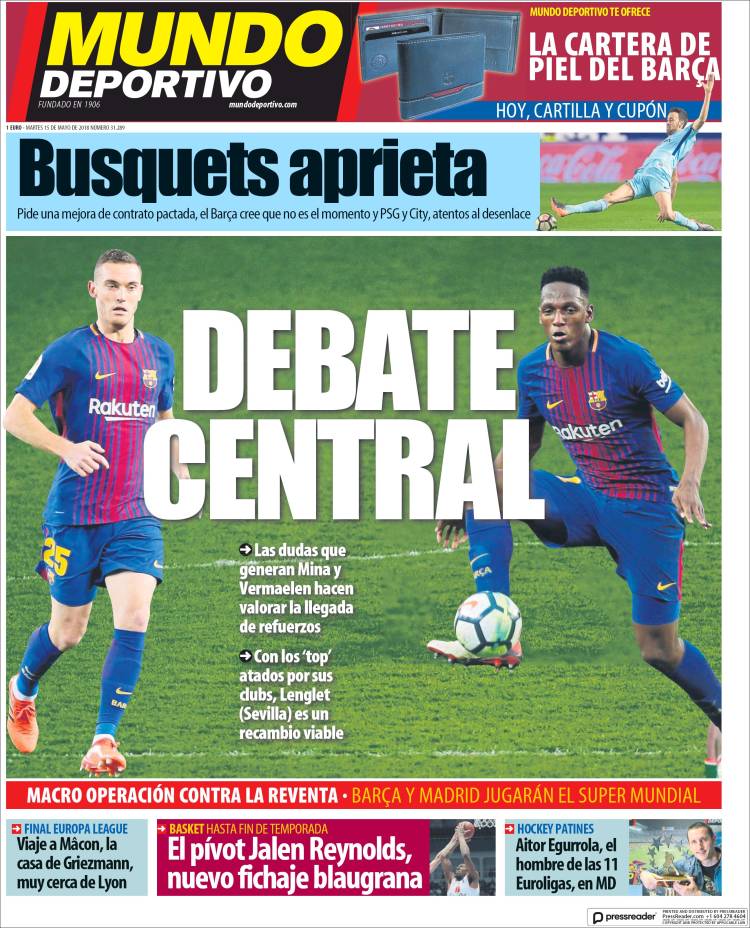 The doubts over Mina and Vermaelen make them look at strengthening

With the ‘top’ players still tied to their clubs, Lenglet (Sevilla) is a viable reinforcement

Barca and Madrid will play in a Super World Cup

Busquets presses: he asks for agreement over an improved contract, Barca believe it is not the right moment, with PSG and City awaiting the outcome