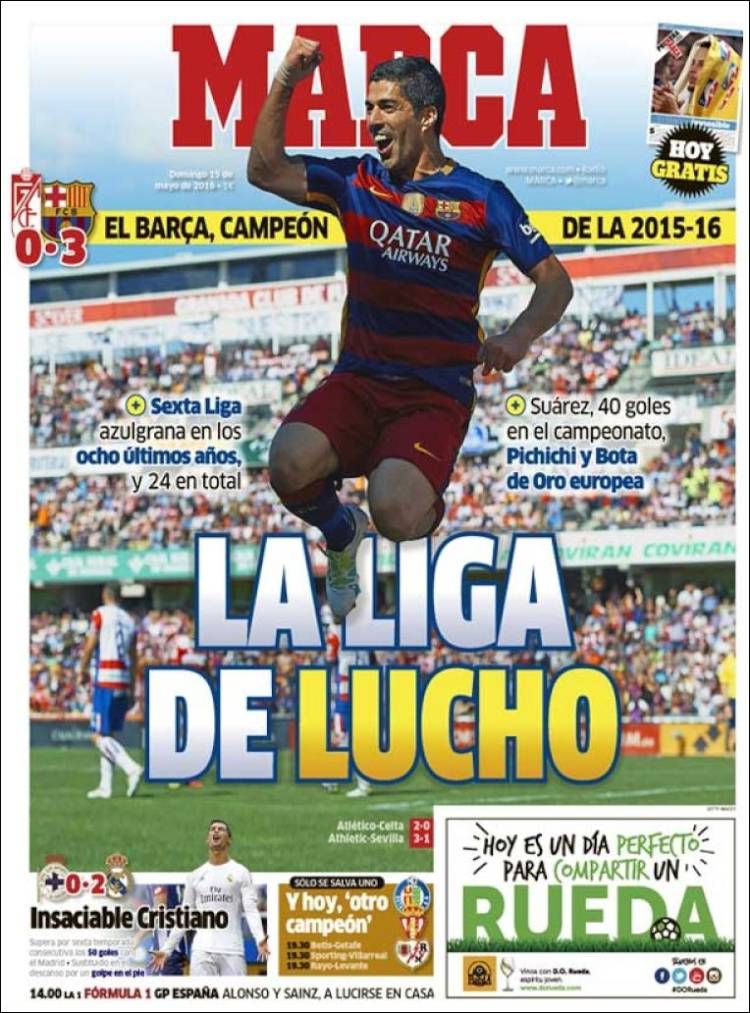 The League of Lucho

Suarez, 40 goals in the campaign

He exceeds 50 goals with Madrid for the sixth consecutive season

Replaced at half-time with a bruised foot

And today, the ‘other champions’

Only one stays up 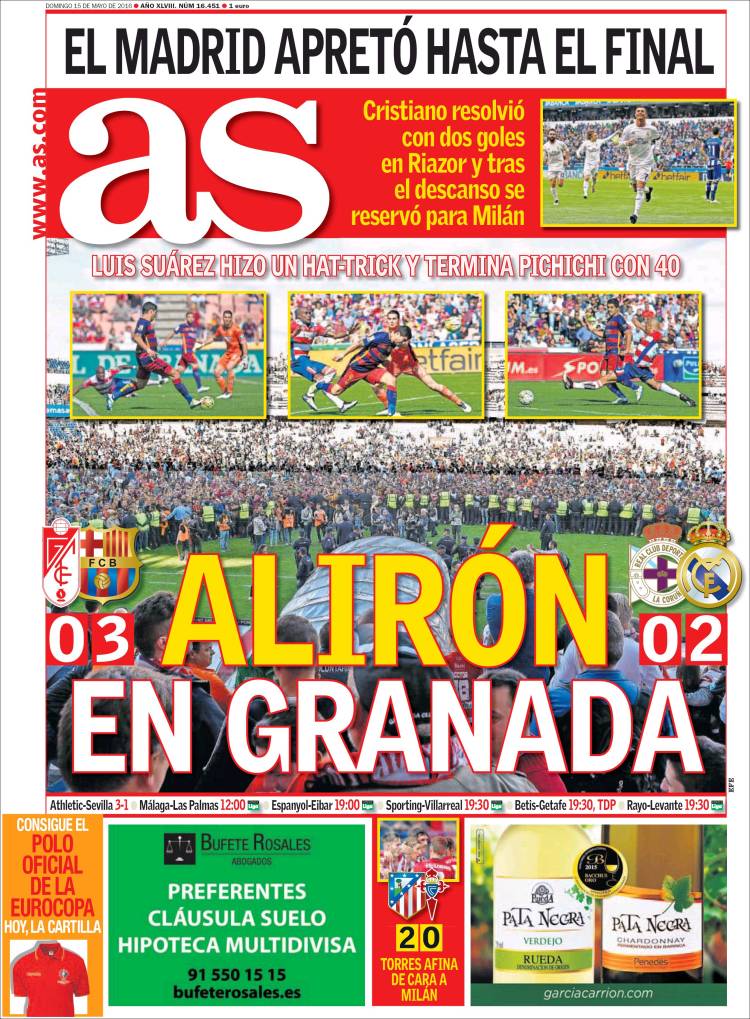 Madrid pushed until the final whistle

Torres sharpens up for Milan 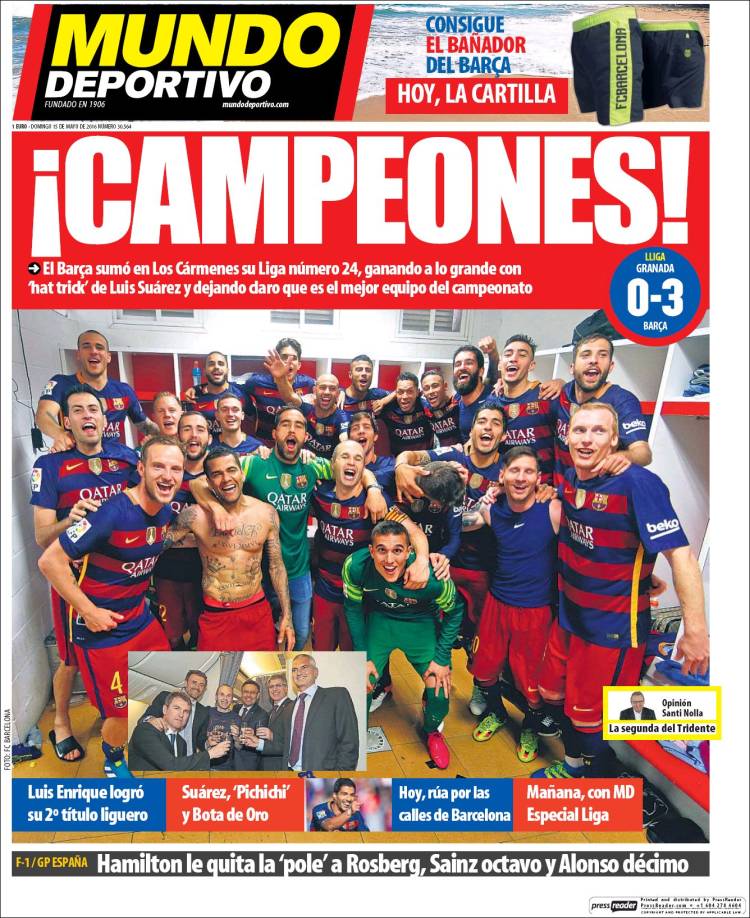 They will parade through the streets of Barcelona today