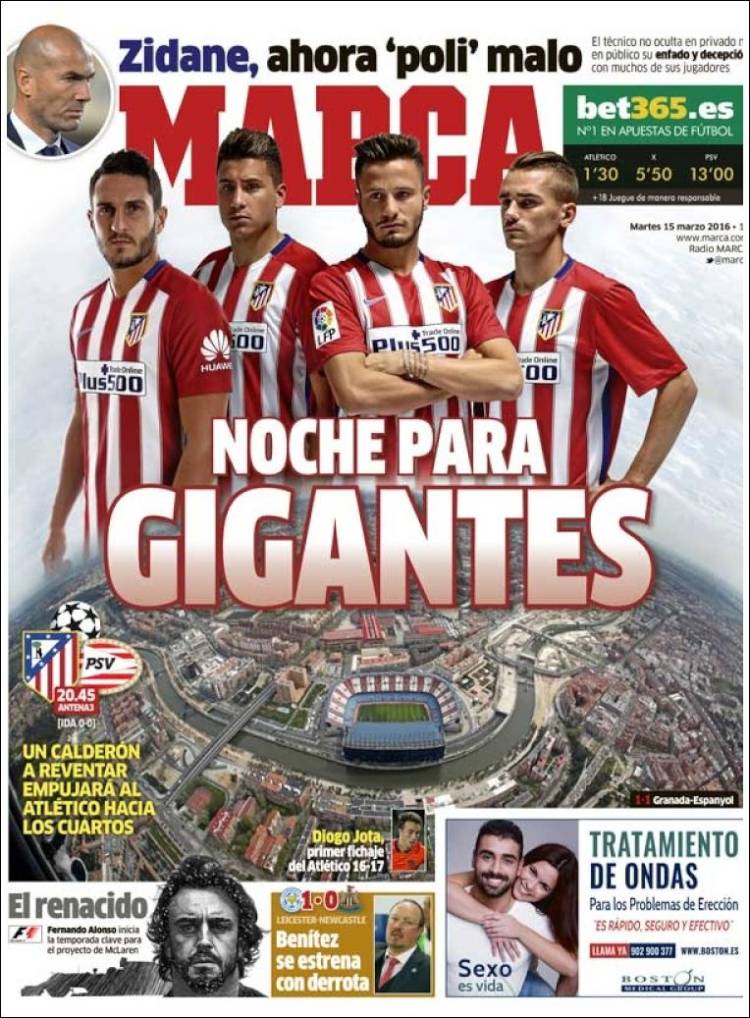 A Calderon to burst pushing Atletico to the quarter-finals

Benitez starts with a defeat 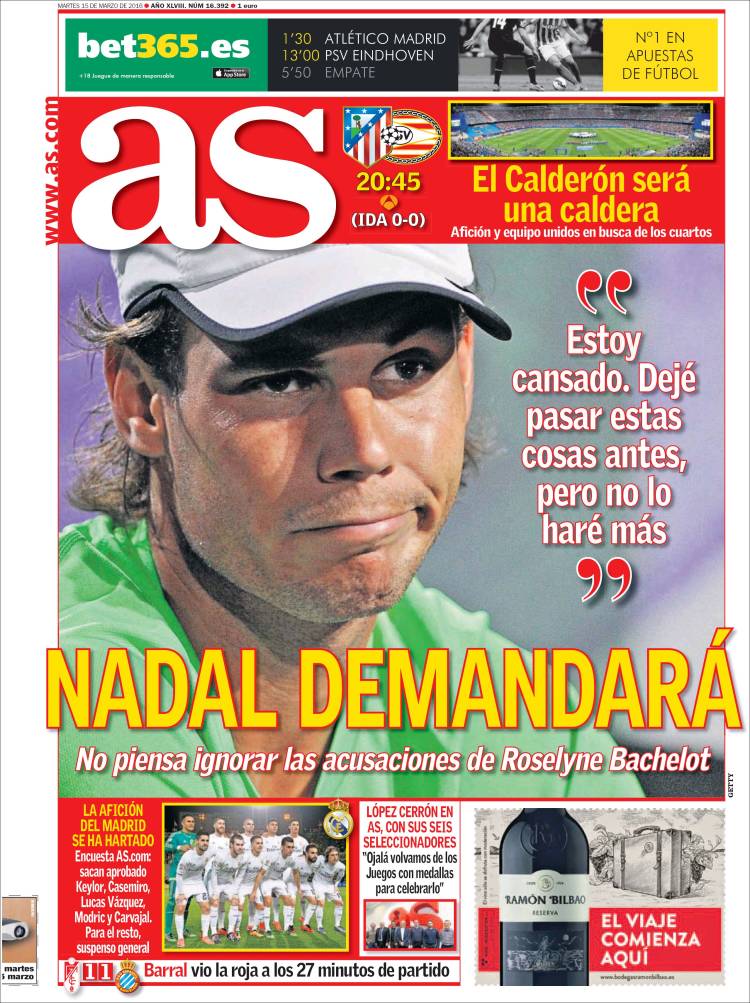 The Calderon will be a cauldron

Supporters and team united in the search for the quarter-finals

“I’m tired. I let these things happen before, but I won’t anymore.”

He can’t ignore the accusations of Roselyne Bachelot

Madrid fans are fed up

For the rest, general failure

Barral saw red in the 27th minute of the match 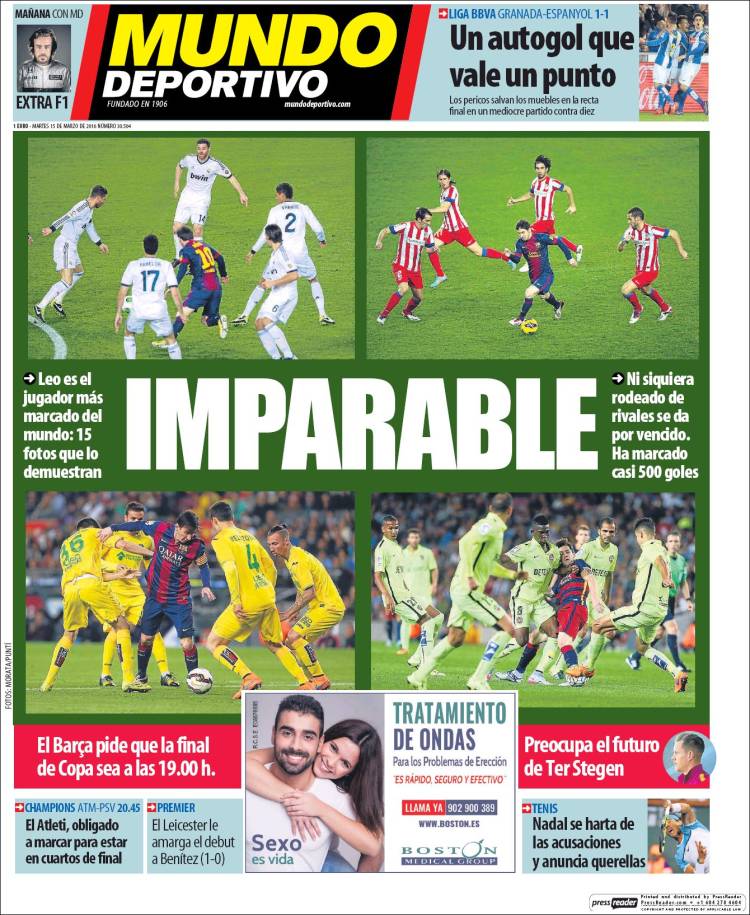 An own goal worth a point

Leo is the most marked player in the world: 15 photographs that demonstrate that

Not even surrounded by rivals does he give up. He has scored almost 500 goals.

Atleti, obliged to score to be in the quarter-final