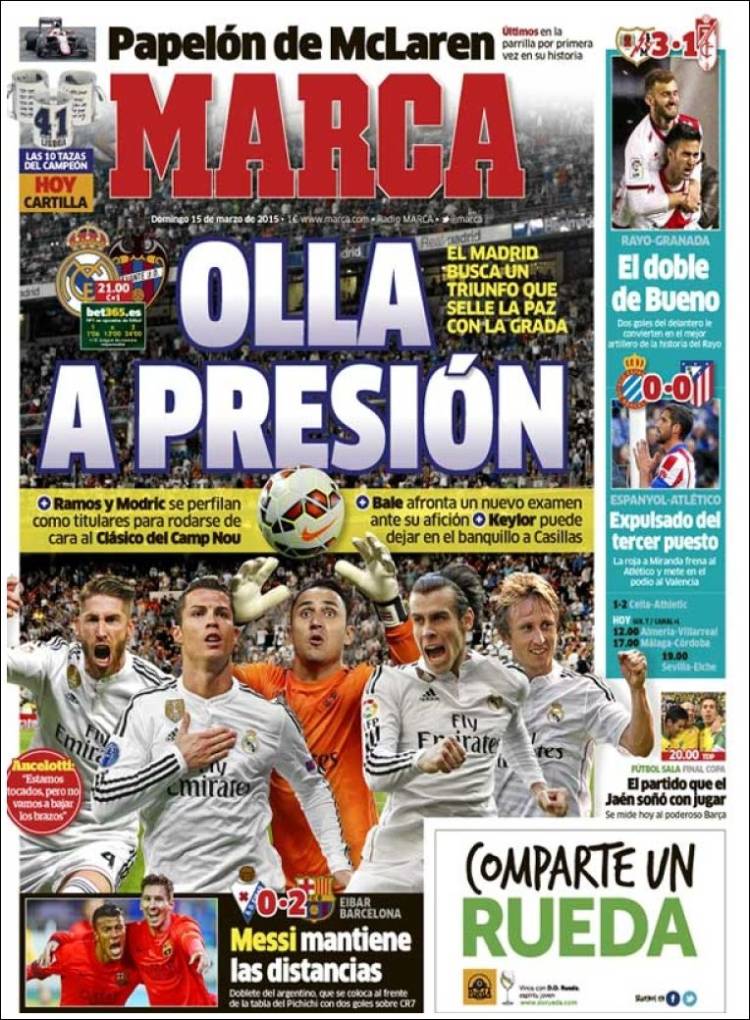 Madrid look for a win to make peace with the fans

Bale faces a new test in front of his fans

Keylor could leave Casillas on the bench

Ancelotti: “We are hurt but won’t let our heads drop”

Bueno’s double: two goals from the forward makes him the best striker in Rayo’s history 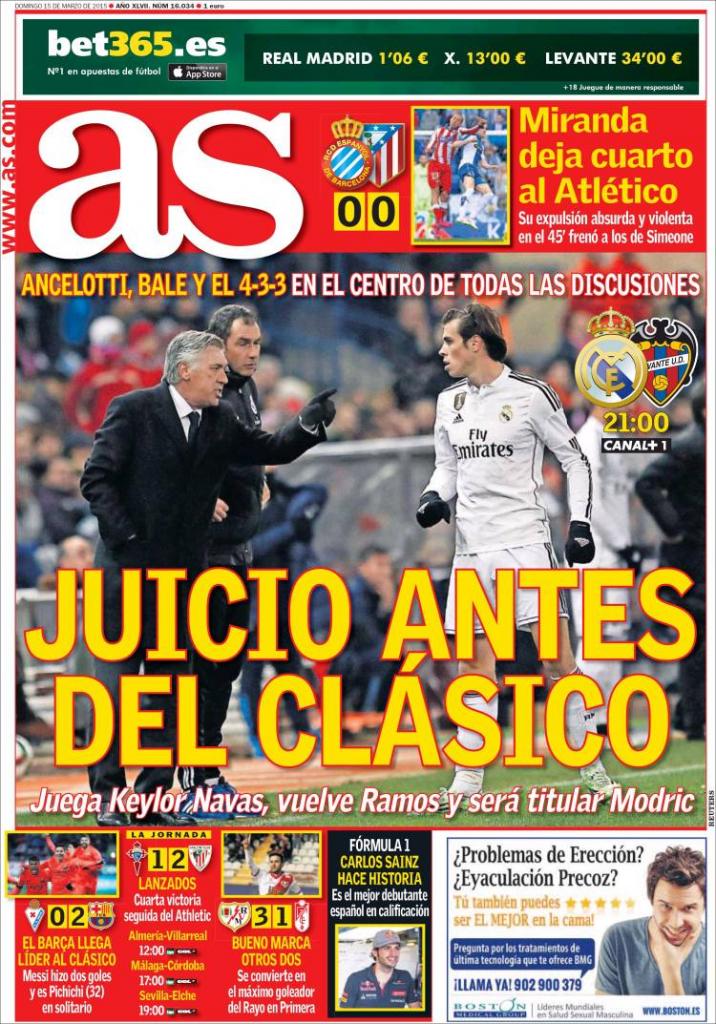 Keylor Navas plays, Ramos returns and Modric will be in the starting line-up

Ancelotti, Bale and the 4-3-3 are at the centre of all the arguments

Barca will go into El Clasico as leaders

Messi scored two goals and is the lone Pichichi (32)

Bueno scores another two: it makes him Rayo’s top scorer in La Primera 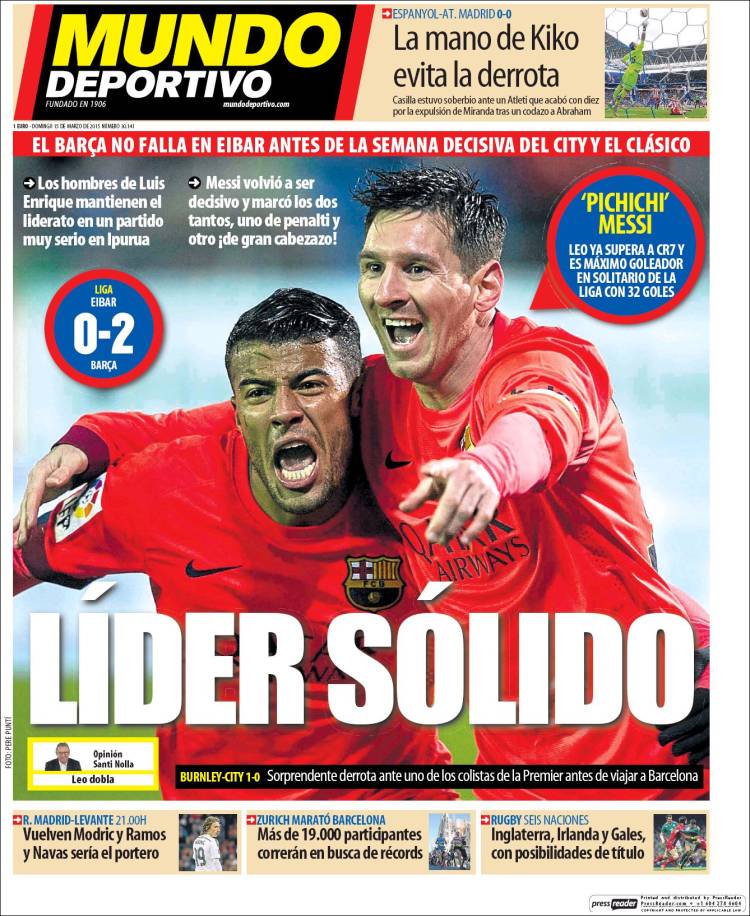 Messi was again decisive and scored twice, once from a penalty and the other with a great header!

Burnley 1 City 0: Surprising defeat against one of the Premier League strugglers before travelling to Barcelona

Modric and Ramos return while Navas will be in goal