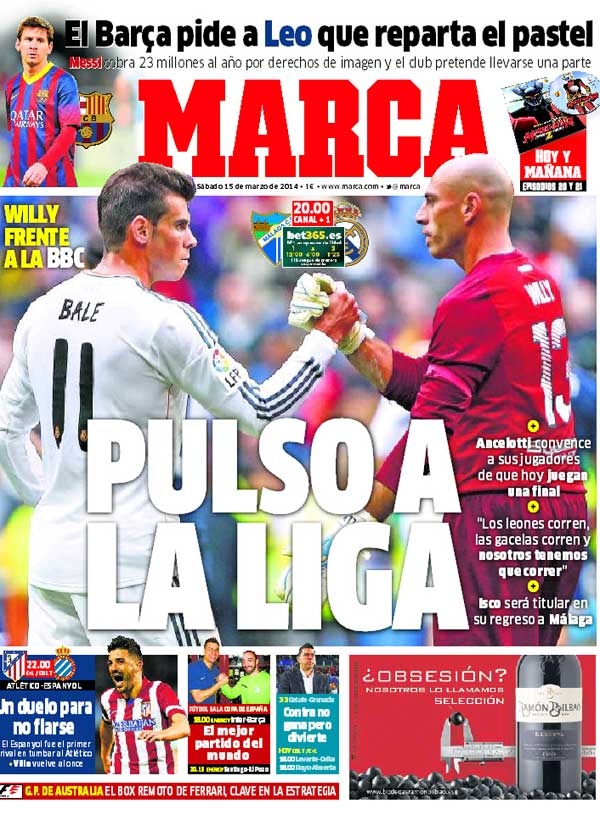 La Liga beats on
Ancelotti convinces his player that today is like a final
"Lions run, gazelles run and we must run"
Isco will start today against Malaga
Barca ask Leo to share the cake
Messi earns €23 million from image rights and the clubs want a share of it
A duel not for the faithful
Espanyol was the first side to overcome Atletico this season
Contra does not win but enjoys it 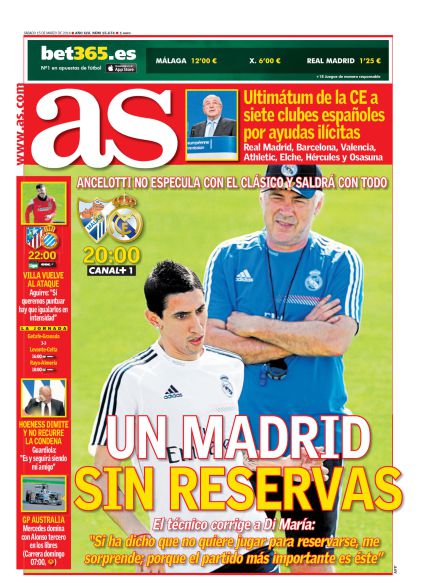 A Madrid without reserves
The coach corrects Di Maria: "He has told me that he does not want to be a reserve, and it suprises me because the game is more important than this"
Ancelotti not thinking of El Clasico and is to go all out against Malaga
Ultimatum from the EC for seven La Liga clubs over illegal financial contributions: Real Madrid, Barcelona, Valencia, Athletic, Elche, Hercules and Osasuna
Villa returns to the attack
Aguirre: "If we want to match them, we have to be equal in intensity"
Hoeness resigns and will not appeal sentence
Guardiola: "He is and will continue to be my friend"
GP Australia: Mercedes dominates with Alonso third 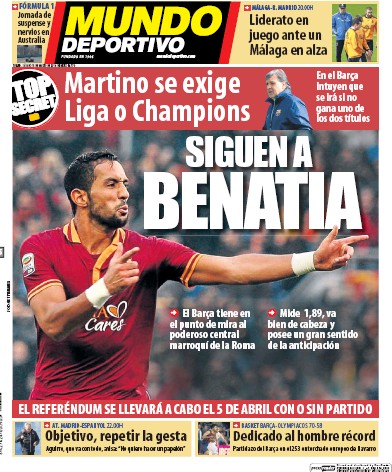 Following Benatia
Barca are now looking at the strong Moroccan defender from Roma
He stands at 1.89 metres and is strong in the air and possesses a great sense of anticipation
Martin demands either La Liga or the Champions
The club senses that he will leave if he does not win one of the two titles
Playing for the leadership against a rising Malaga
No one can fail
For Simeone it is a final and Aguirre does not want to fool himself