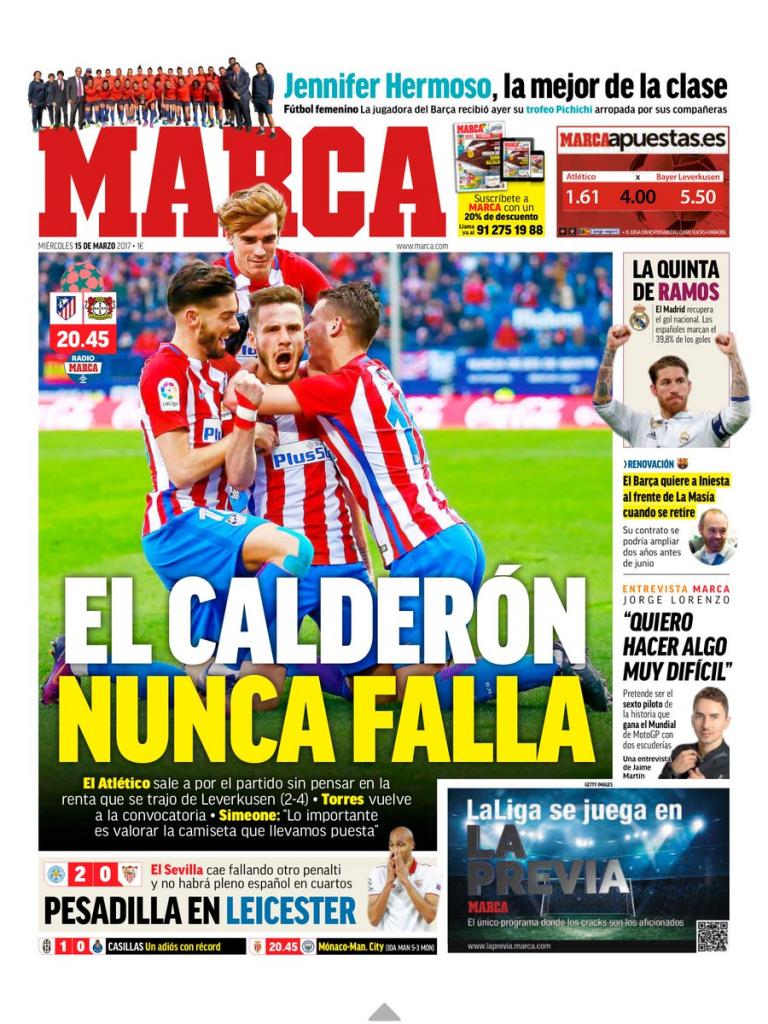 Atleti go into the game thinking only positively about game (2-4 up), Torres returns to the squad, Simeone: The important thing is to value the shirt we wear

The fifth of Ramos - Real Madrid recover it's national goals with Spaniards scoring 39.8% of total this season 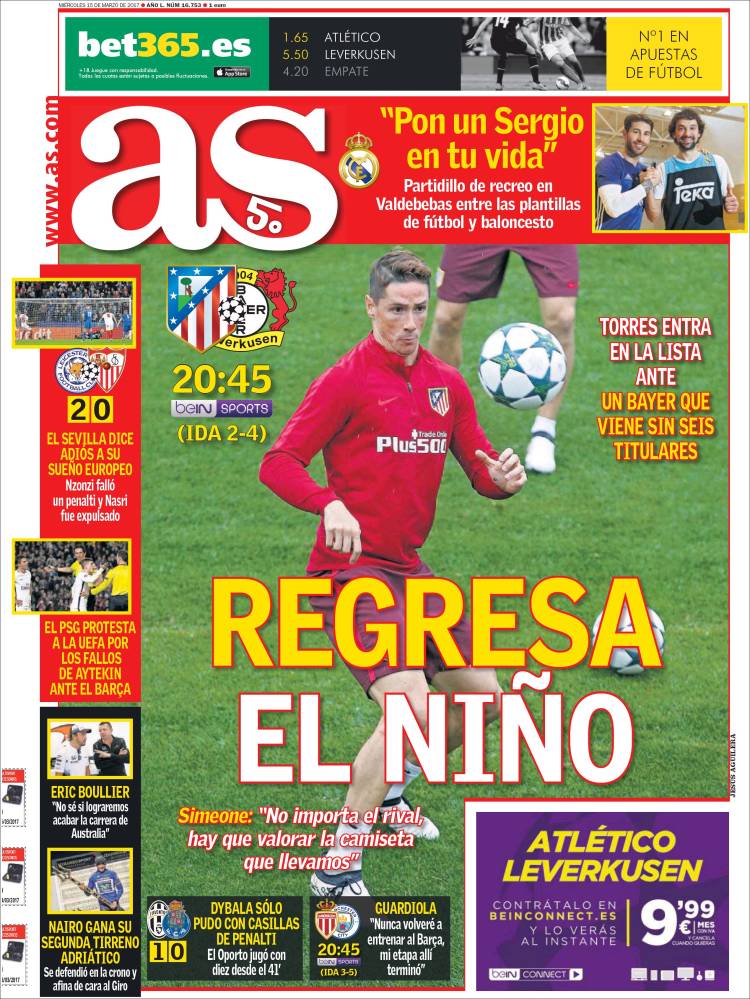 Striker named on list against Bayer who come without six players

Simeone: What's important isn't the opposition, but to value the shirt you wear

Juve 1-0 Porto - Only a Dybala penalty beat Porto, who played with 10 men from the 41st minute

Guardiola: I'll never return to Barca, my time there is over 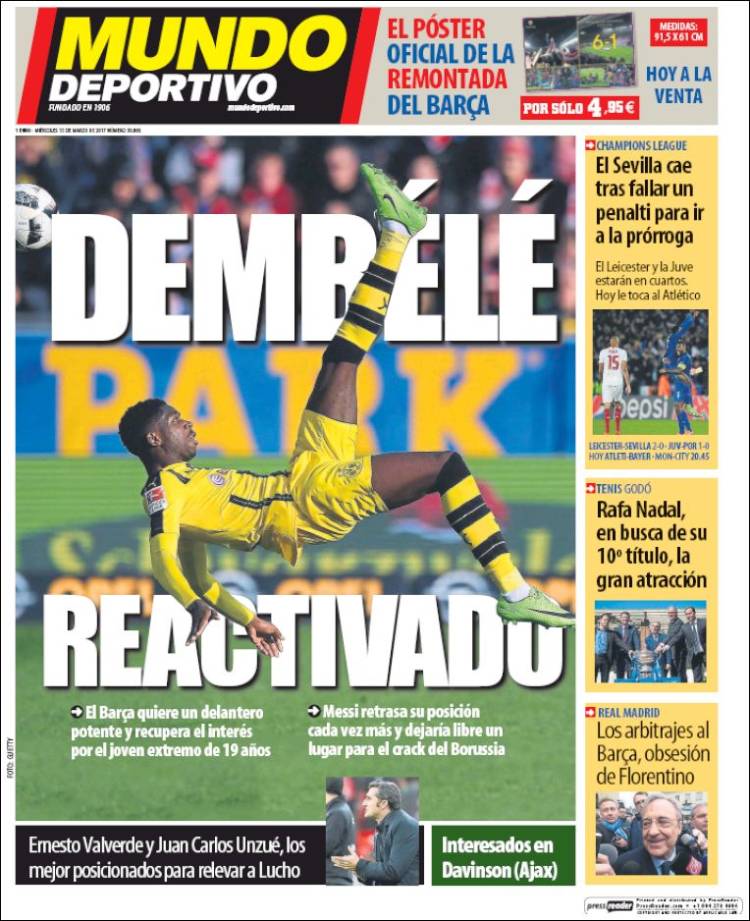 Barca want the powerful forward and restart their interest for the 19-year-old , Messi delays his position more each time and would leave a place for the Dortmund forward

Sevilla out after failing from the spot - Leicester and Juve go into quarters, today is Atletico

The decision of Barca obsessed by Florentino Perez