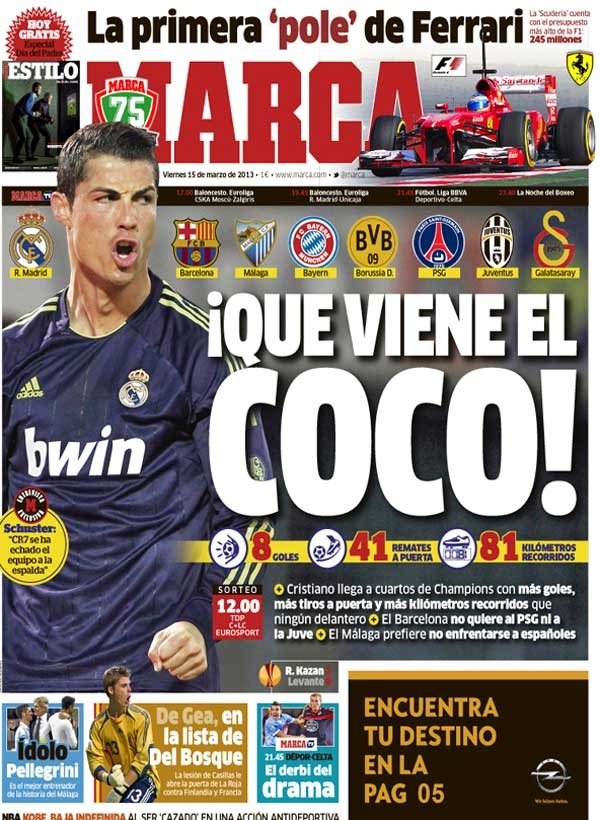 What 'coconut' will come!

Cristiano arrives in the quarters of the Champions with the most goals, the most shots on goals and the most kilometres run of all forwards

Barca do not want PSG or Juve

Idolo Pellegrini: He is the best coach in the history of Malaga

Depor v Celta: The drama of the derby

The first 'pole' from Ferrari 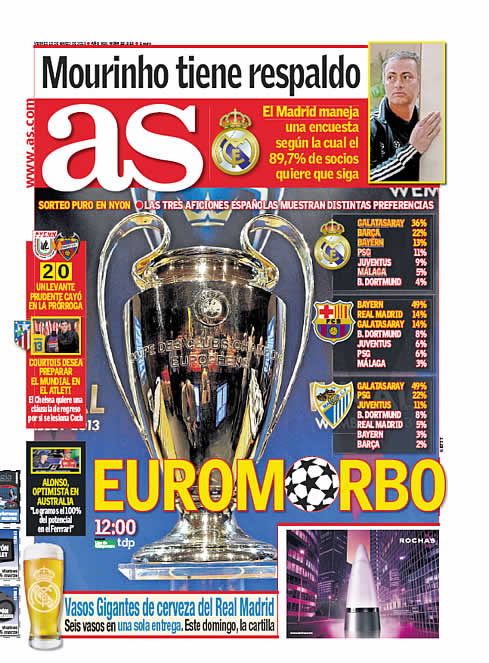 The draw in Nyon

Madrid poll of the socios show that 89.7 per cent of them want him to continue

Courtois wants to prepare for the world cup with Atleti 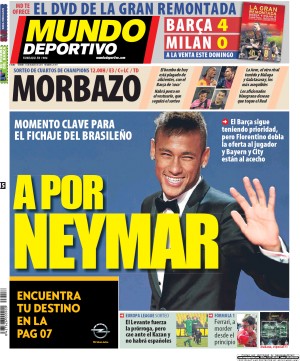 Key moment in the pursuit to sign the Brazilian

Ferrari to go for it from the start

The bass drum is being sounded today

There will be excitement in the team following the draw

Juve, a rival to fear, Malaga and Galatasaray are considered the easy beats

The fans of the Blaugrana want Madrid