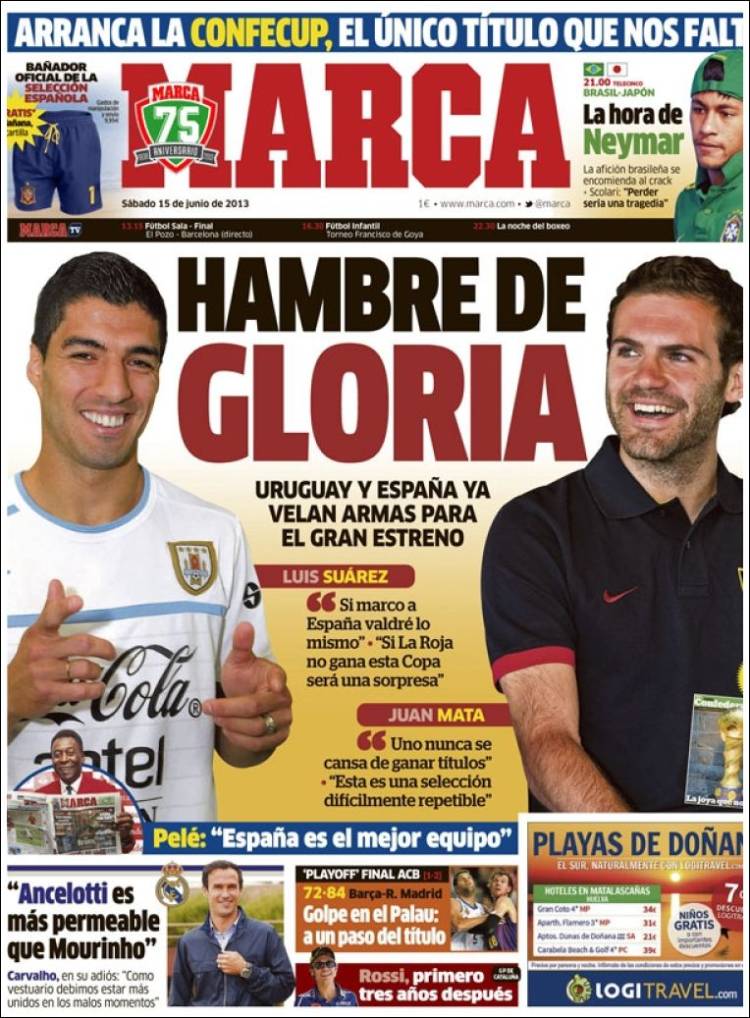 Spain and Uruguay cross arms in a great opener

Luis Suarez: “If I score against Spain it will be worth the same”

“This is a national team that will be hard to repeat”

Pele: “Spain are the best team”

The Confederations Cup begins, the only trophy we don’t have

Scolari: “To lose would be a tragedy”

“Ancelotti is more receptive than Mourinho”

Carvalho, at his goodbye: “As a dressing room we must be more united in the bad times” 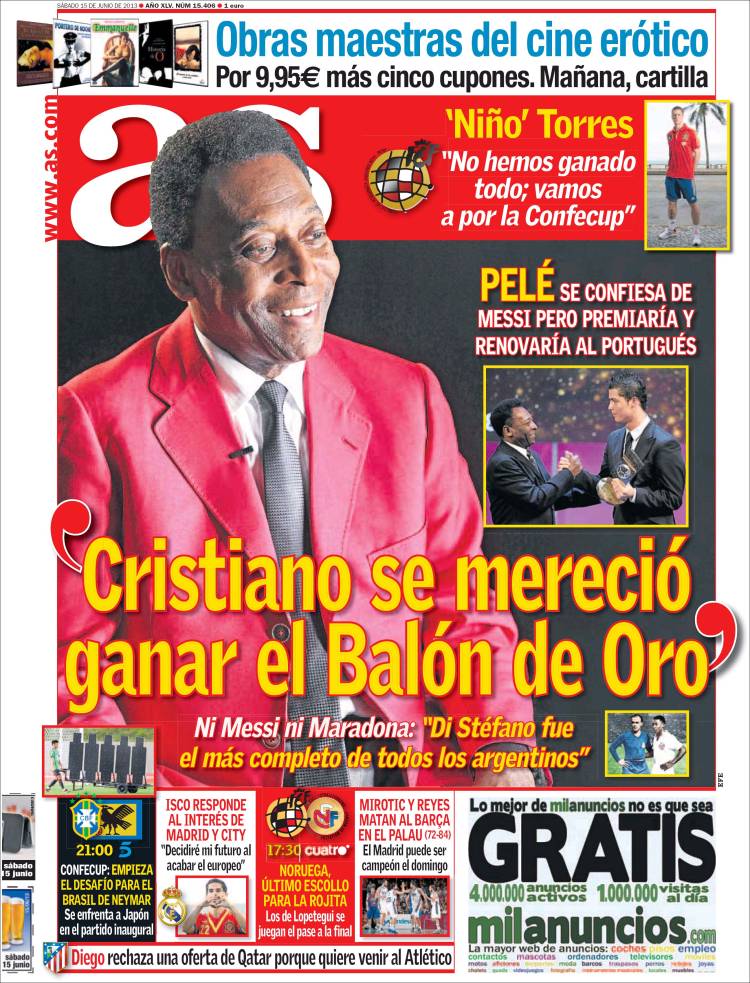 Neither Messi nor Maradona: “Di Stefano was the most complete player of all the Argentines”

‘Nino’ Torres: “We’ve not won everything; we’re going for the Confederations Cup”

Isco responds to City and Madrid interest: “I’ll decide my future when the Euros have finished”

Lopetegui’s men are playing to reach the final 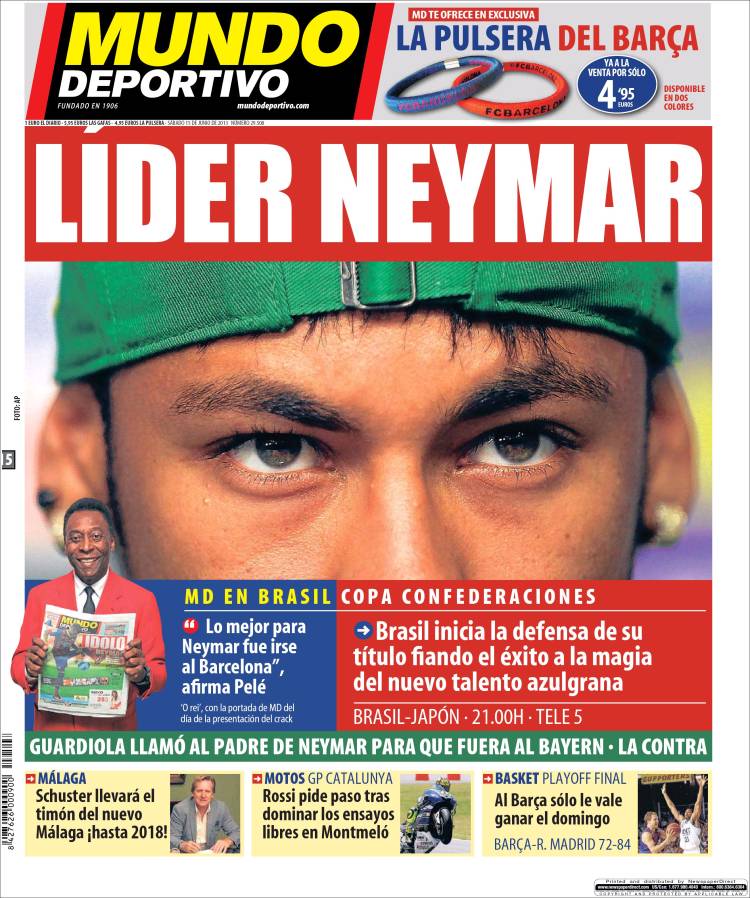 “The best thing for Neymar was that he went to Barcelona,” maintains Pele

Schuster will be at the helm of the new Malaga, until 2018!