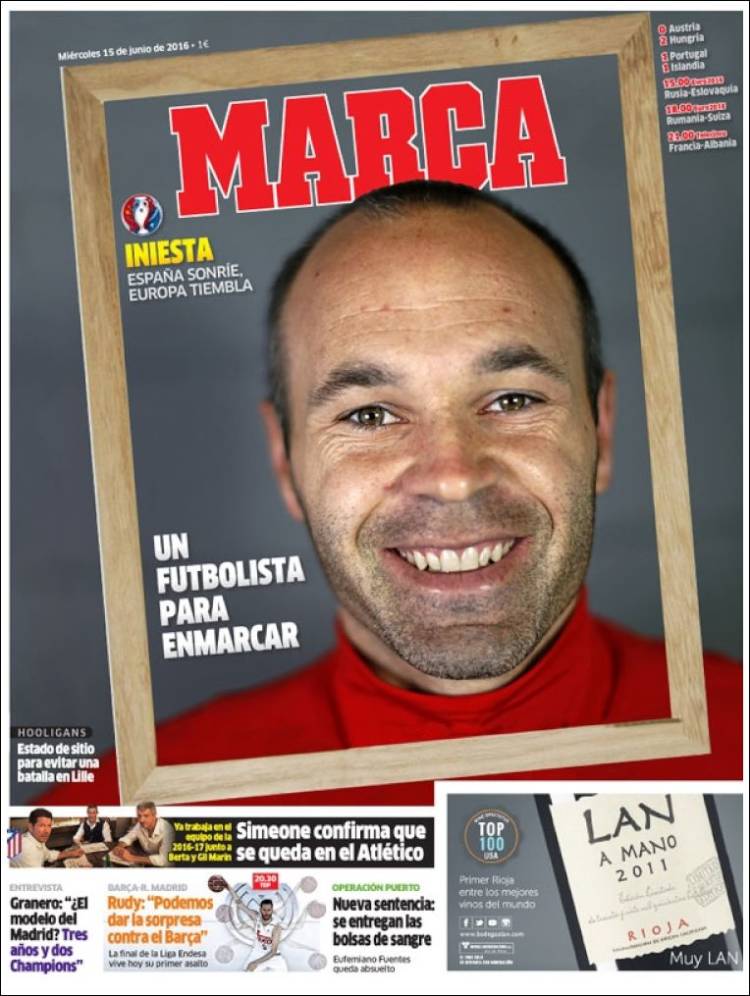 Iniesta, a player to frame

State of siege to avoid a battle in Lille

Simeone confirms he will stay at Atletico 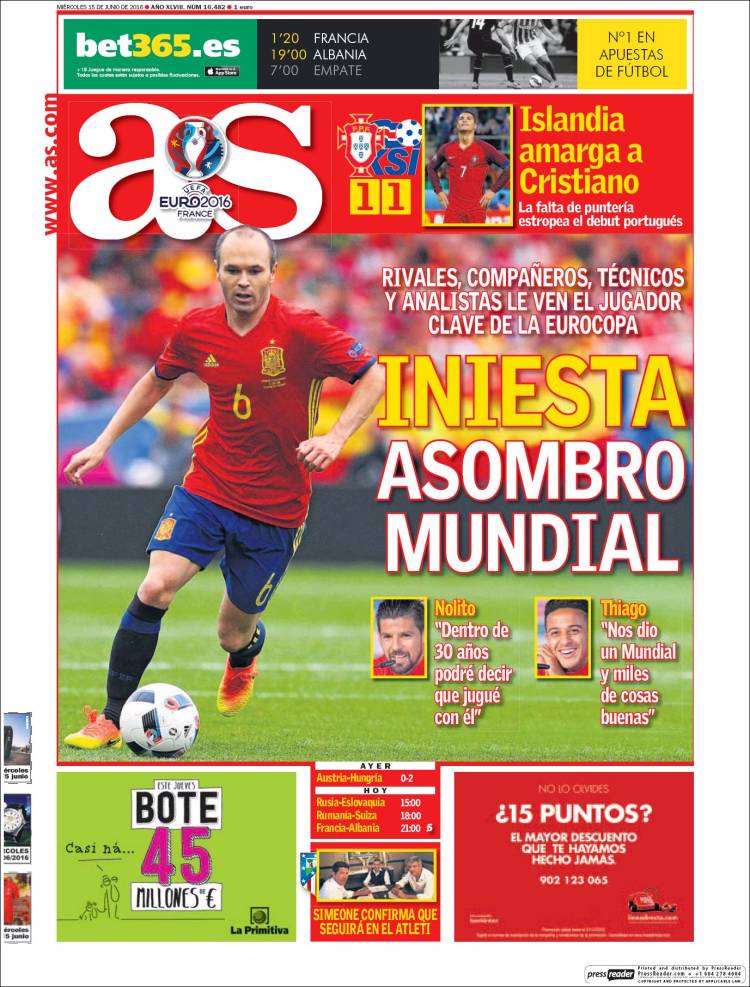 Iniesta, wonder of the world

Rivals, teammates, Coaches and analysts see him as the key player of the Euros

Thiago: “He gave us a World Cup and thousands of other good things”

A lack of goals spoils the Portuguese’s debut

Simeone confirms he will continue with Atleti 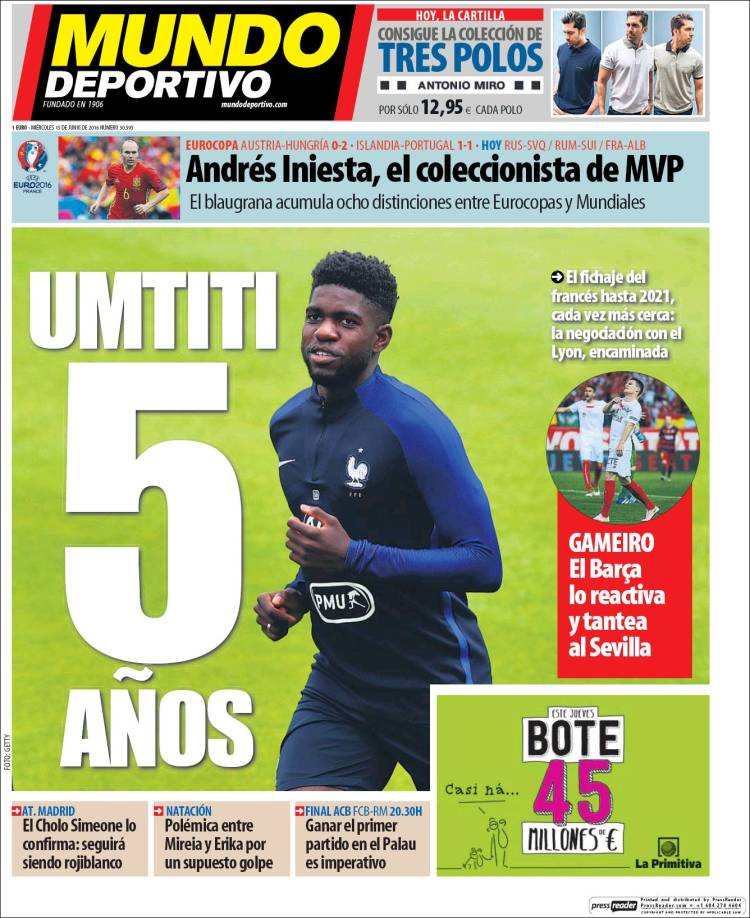 The signing of the Frenchman until 2021 is getting increasingly closer: negotiations with Lyon are on track

Gameiro, Barca back in for him and probe Sevilla

El Cholo Simeone confirms it: he will remain Rojiblanco