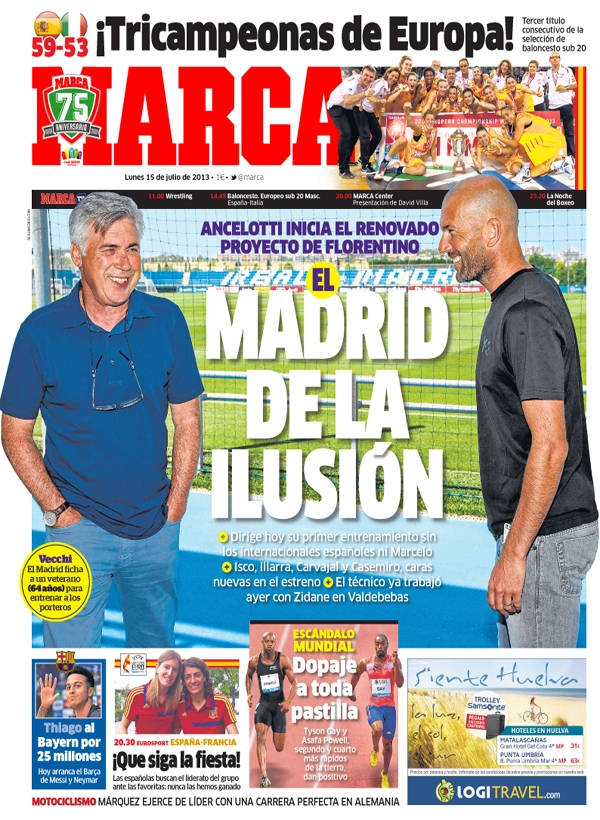 Madrid is a dream

Ancelotti starts his project with Florentino

Isco, Illarra, Carvajal and Casemiro are the new faces in his first run out

The coach is already working with Zidane

Thiago to Bayern for 25 million

Today he will leave the Barca of Messi and Neymar

The Spanish ladies search for first place in their group against the favourites: We have never beaten them France

Worldwide scandal: Doping all the way

MotoGP: Marquez wins after a perfect race in Germany

Three-time champions of Europe: Third consecutive title for Spain in the Under 20 Basketball championship 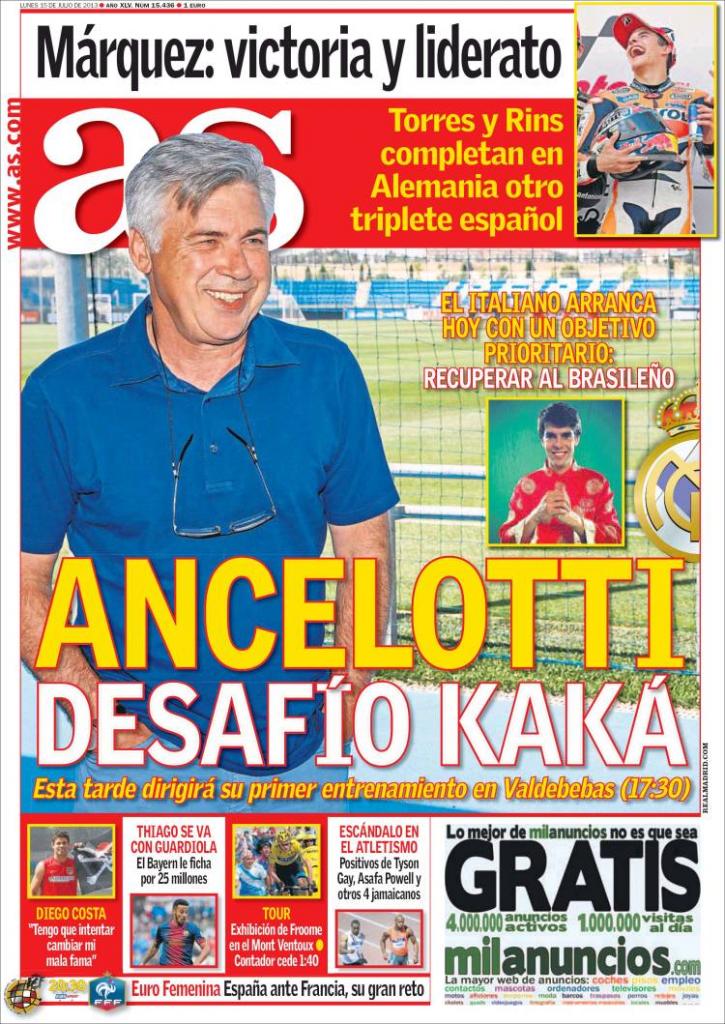 This afternoon he will direct his first training at Valdebabas

The Italian arrives with one challenge: Getting the best out of Kaka again

Diego Costa: "I have to try and change my bad reputation"

Torres and Rins complete another Spanish triplet in Germany 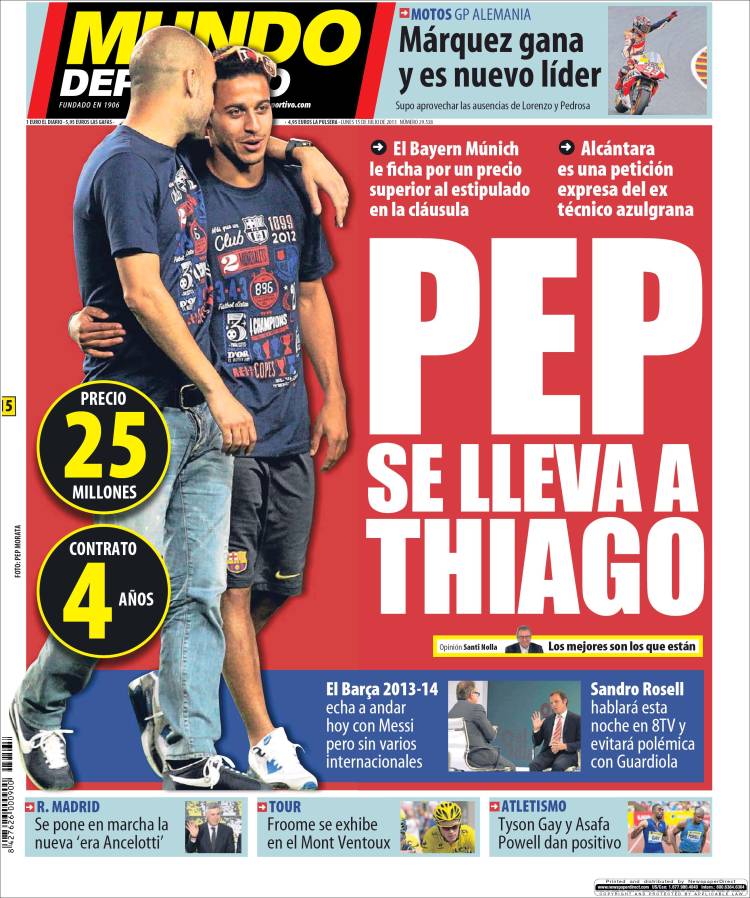 Bayern Munich sign him for a price more than his clause

Alcantara was who the ex-Barca coach wanted

Barca 2013-14: Start pre-season with Messi but without a number of internationals

Tour: Froome puts on an exhibition on Mont Ventoux

MotoGP: Marquez wins in Germany and is the new leader

taking advantage of the absences of Lorenzo and Pedrosa