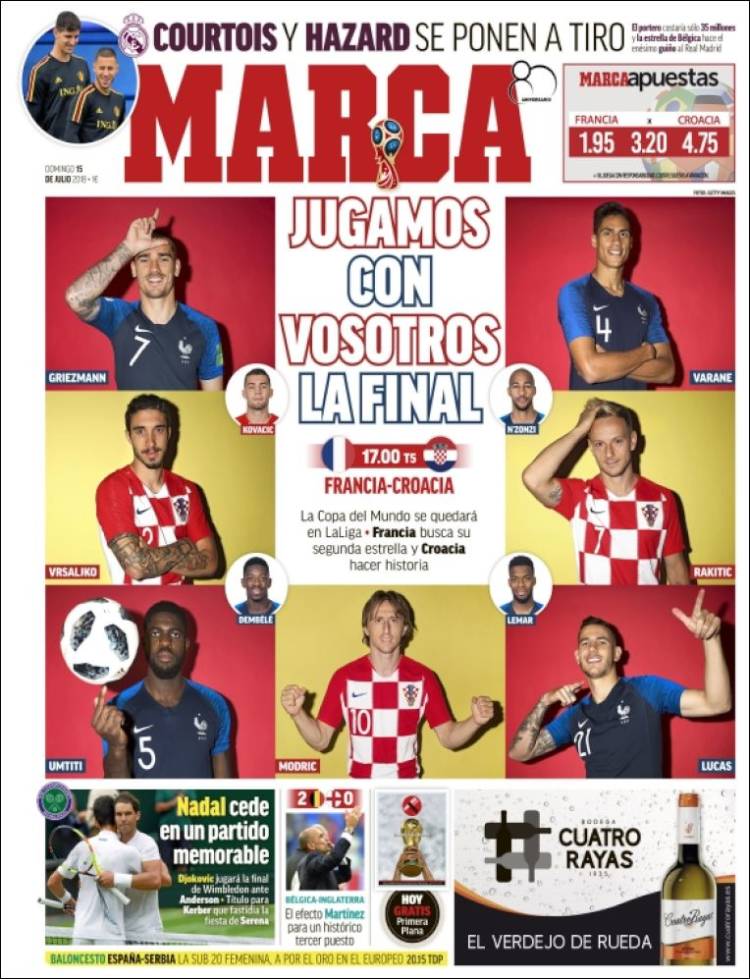 Courtois and Hazard are in Madrid's sights

We're playing the Final with you

The World Cup will stay in La Liga

France look for their second star, Croatia out to make history

The Martinez effect for a historic third place 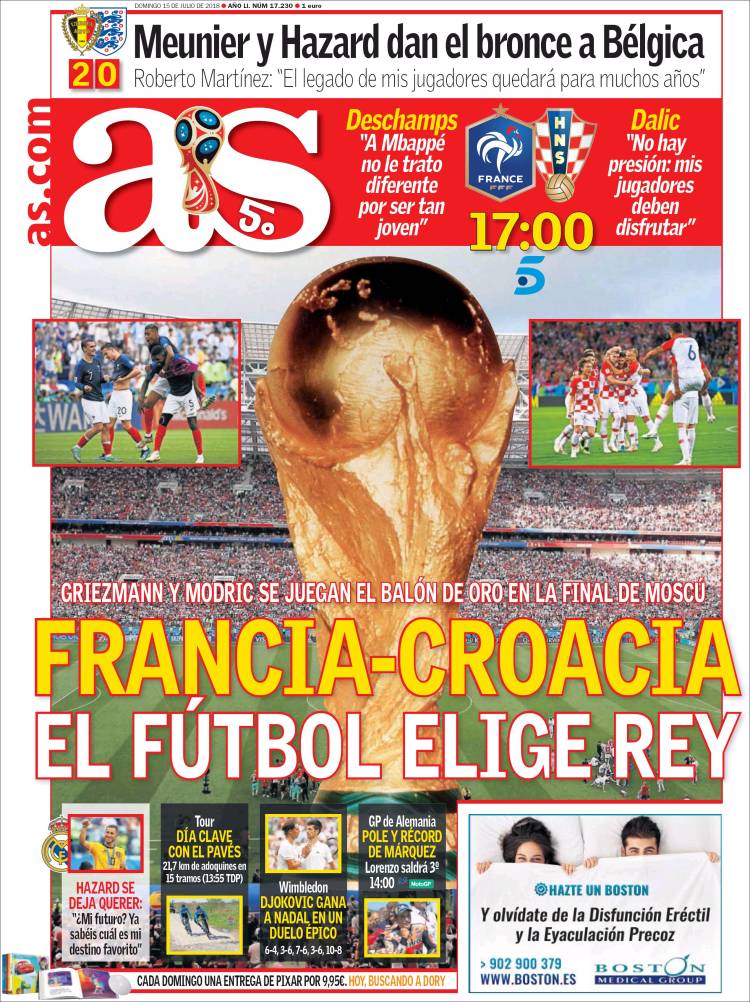 Meunier and Hazard give bronze to Belgium

Roberto Martinez: "The legacy of my players will last for many more years"

Deschamps: "I don't treat Mbappe any different because he's so young"

Dalic: "There's no pressure: my players must enjoy themselves"

"My future? You already know my favourite destination" 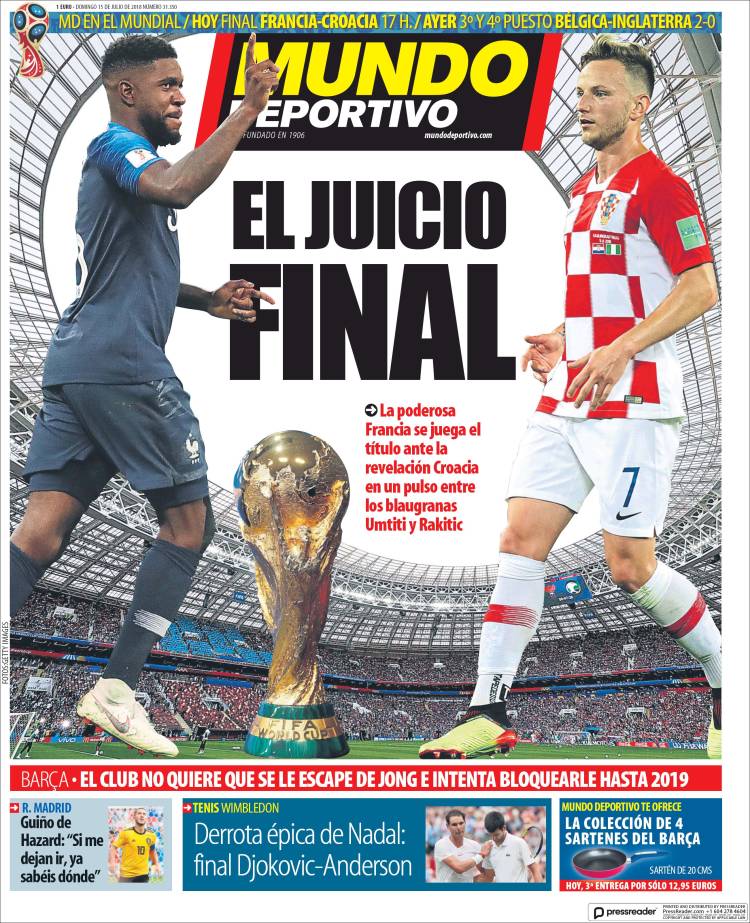 A strong France team play for the trophy against a revelatory Croatia side, in a clash between Blaugranas Umtiti and Rakitic

Hazard's wink: "If they let me leave, you already know where I want to go"