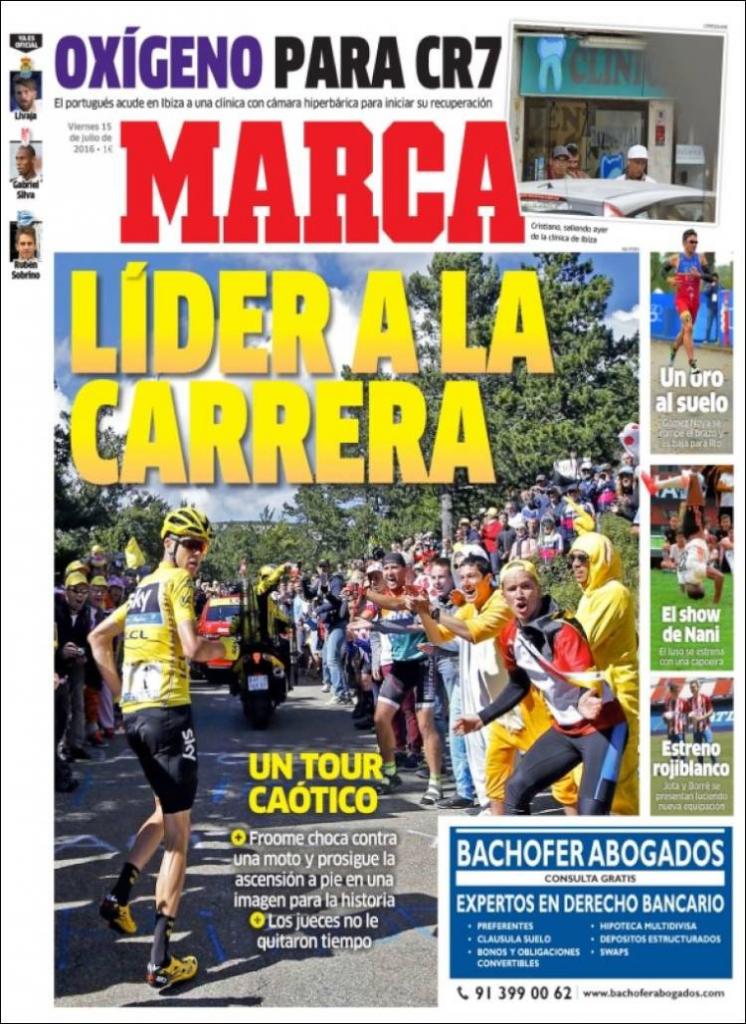 The judges took no time off him

The Portuguese debuts with a capoeira dance

Jota and Borre are presented in their new kit 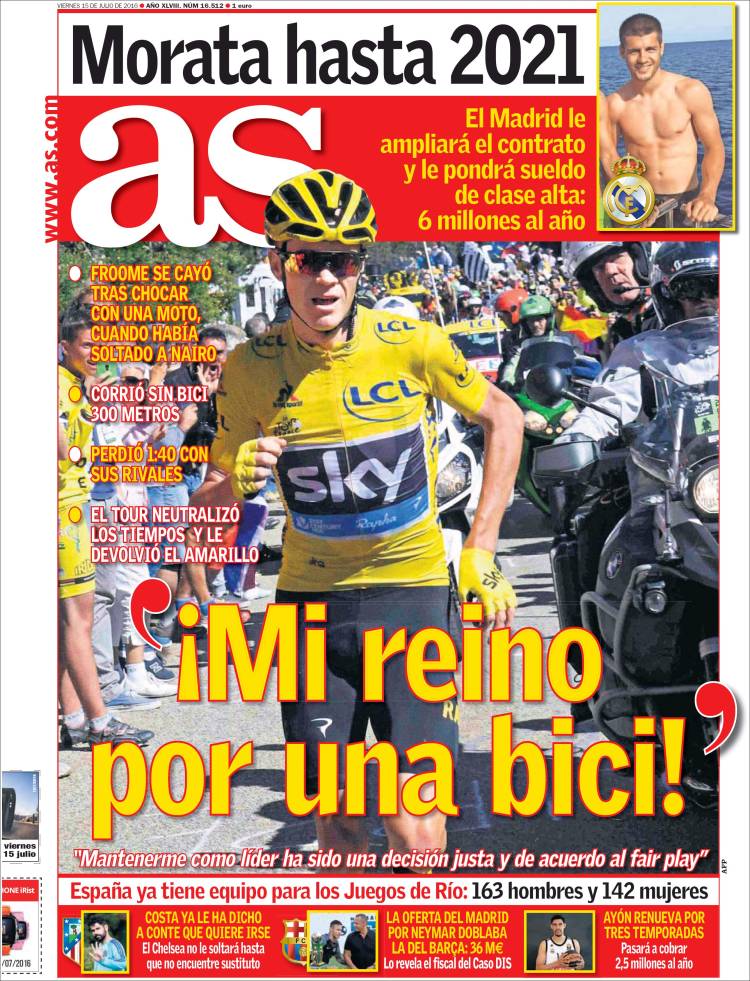 He ran 300 meters without his bike

Madrid will extend his contract and pay him in the upper tier: €6m a year

Costa has already told Conte that he wants to leave

Chelsea will not release him until they find a replacement

Madrid’s offer for Neymar doubled that of Barca: €36m

Revealed by the prosecutor of the DIS case 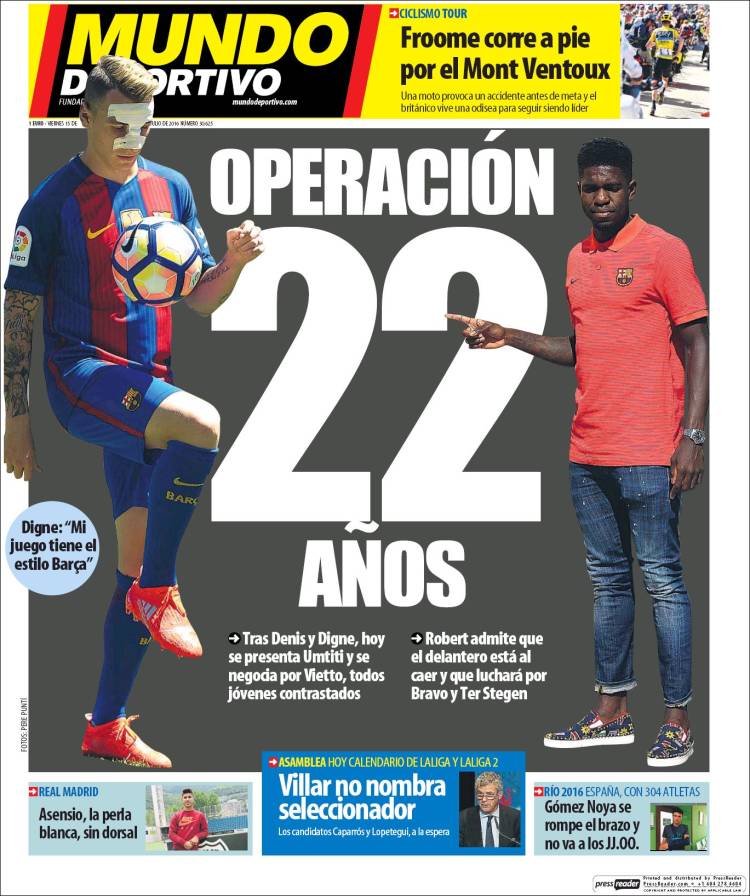 After Denis and Digne, Umtiti will be presented today and Vietto is in talks, all consistently young

Assembly, today the calendar for La Liga and La Liga 2

Villar will not name the national-team Coach

The candidates Caparros and Lopetegui, in waiting