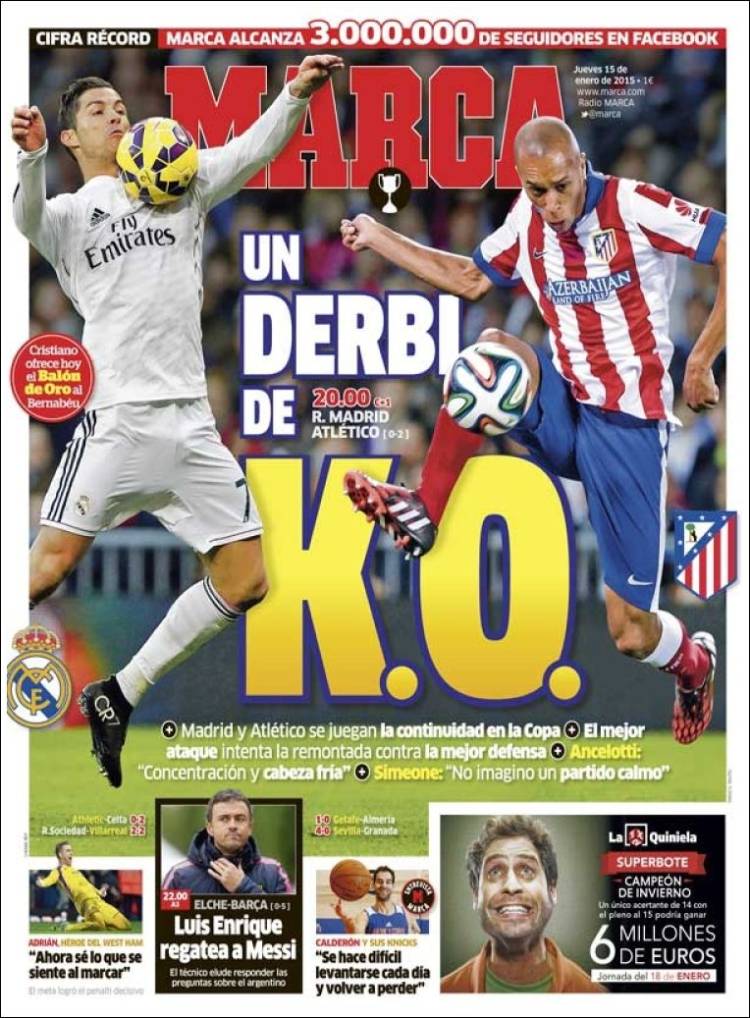 Madrid and Atletico play to stay in the Cup

Cristiano offers his Ballon d'Or to the Bernabeu today

Adrian the West Ham hero: “Now I know what it feels like to score” 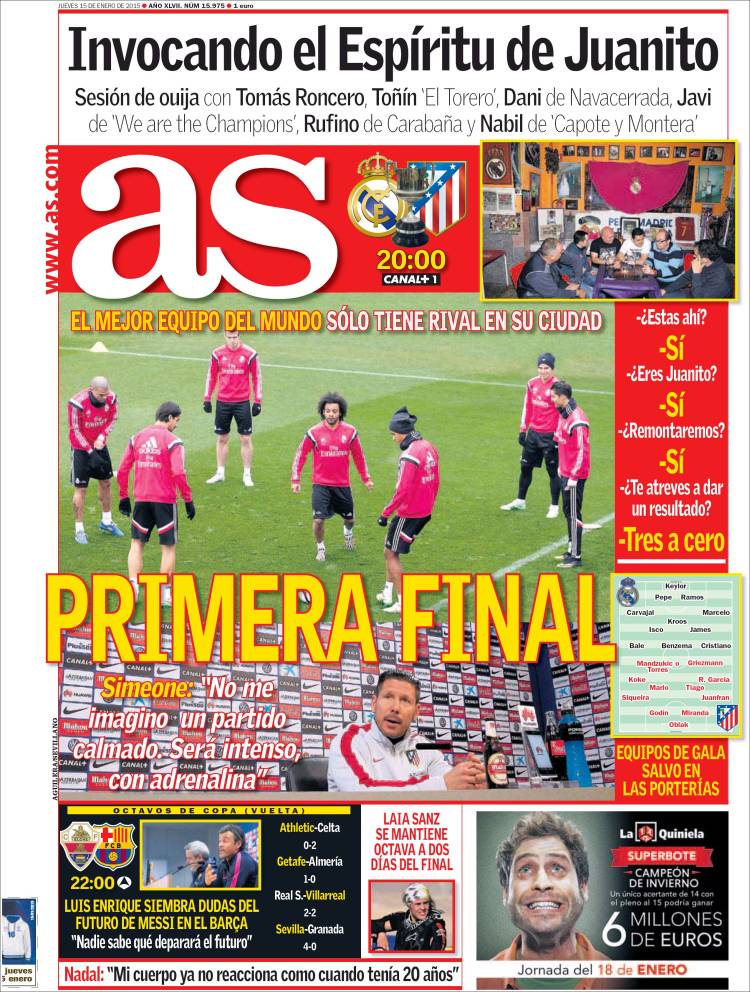 Simeone: “I don’t imagine a calm match. It will be tense, with adrenalin”

First-choice teams except in goal

“Nobody knows what the future holds” 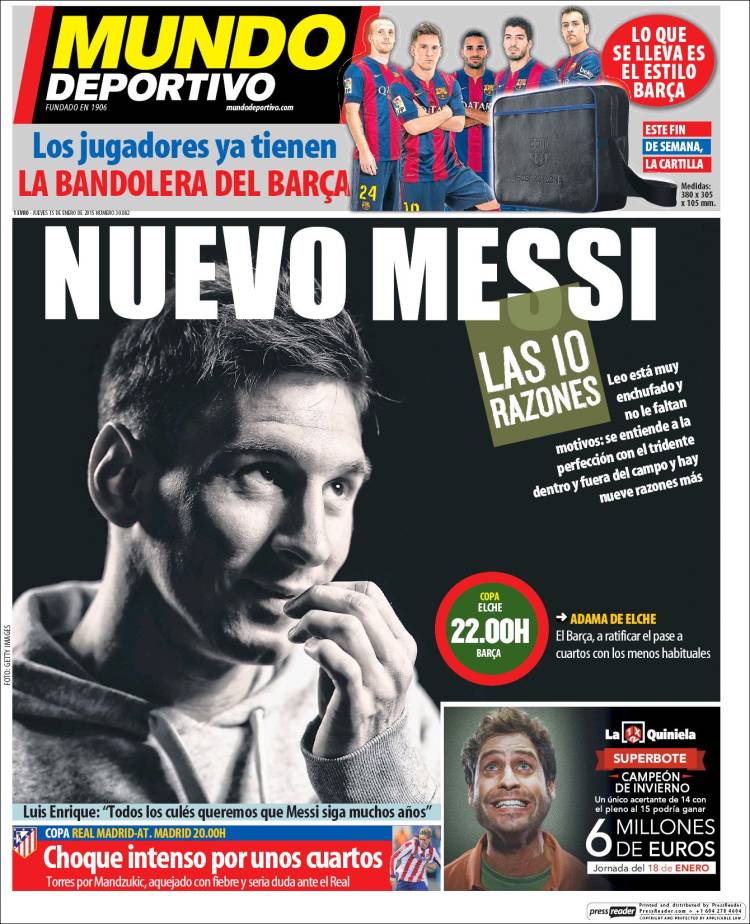 Leo is very tuned in and does not lack motivation: he gets along with the trio perfectly on and off the pitch and there are nine more reasons

Elche’s Adama: Barca will authorise their passage to the quarter-finals with the second-choice players

Luis Enrique: “Every Cule wants Messi to stay for many years”

Intense clash to reach the quarter-finals

Torres for Mandzukic, who is troubled by a fever and will be a doubt against Real