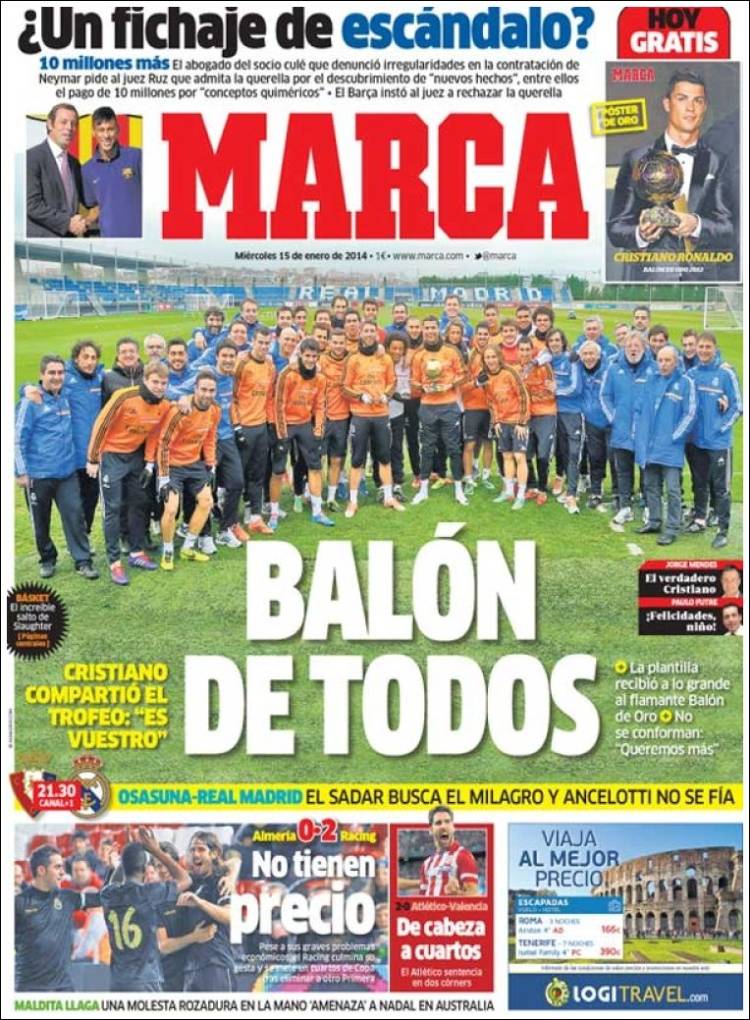 Cristiano shares his trophy: "It is theirs"

The team welcomes their the shiny new Ballon d'Or

El Sadar look for a miracle but Ancelotti does not believe

Priceless: Despite their great problems, Racing knock out Almeria

Progress via the head: Atletico defeat Valencia with two-headed goals from corners

10 million more: Cule lawyer has denounced the irregularities in Neymar's contract and asks Judge Ruz to take action after the discovery of new facts, amongst them the payment of €10 million for what remains unknown

Barca plead that the judge reject the action 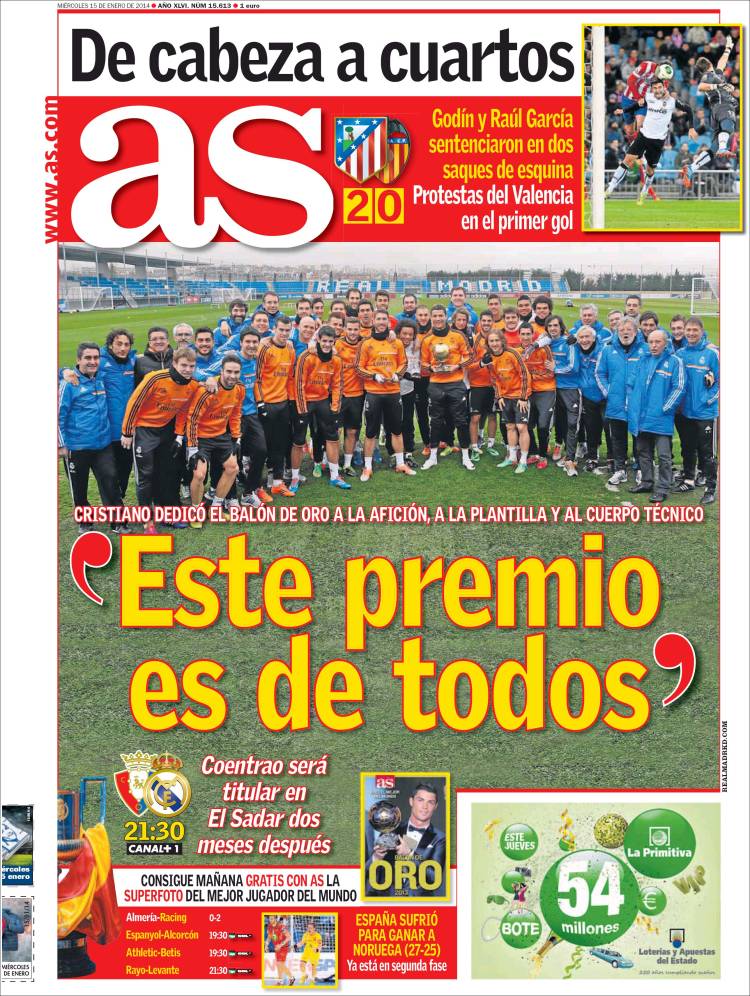 "This award is for everyone," Ronaldo

Cristiano dedicates his Ballon d'Or to the fans, the team and the coaching staff

Coentrao to start against Osasuna after two months out

Progress via the head: Godin and Raul Garcia sentence Valencia with two headed-goals from corners

Valencia enraged about the first goal 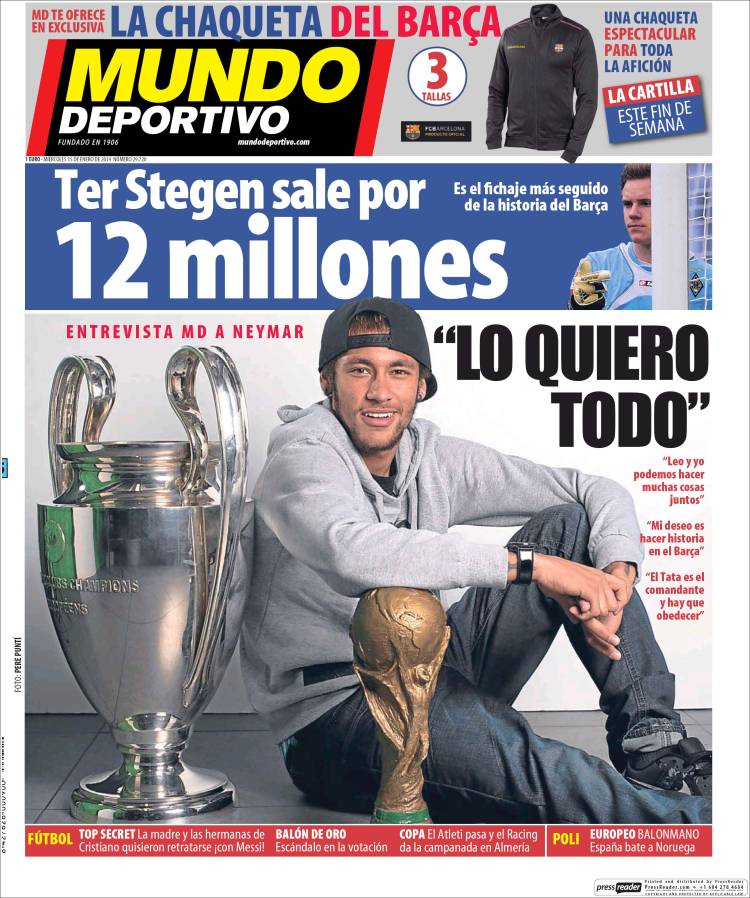 "I want everything," Neymar

"Leo and I can do many things together"

"My desire is to make history at Barca"

"Tata is a real leaders and one must obey him"

Ter Stegen can leave for €12 million

The signing most followed by Barca in history

Top Secret: Cristiano's mother and siblings wanted to take a photo with Messi

Ballon d'Or: Scandal in the voting