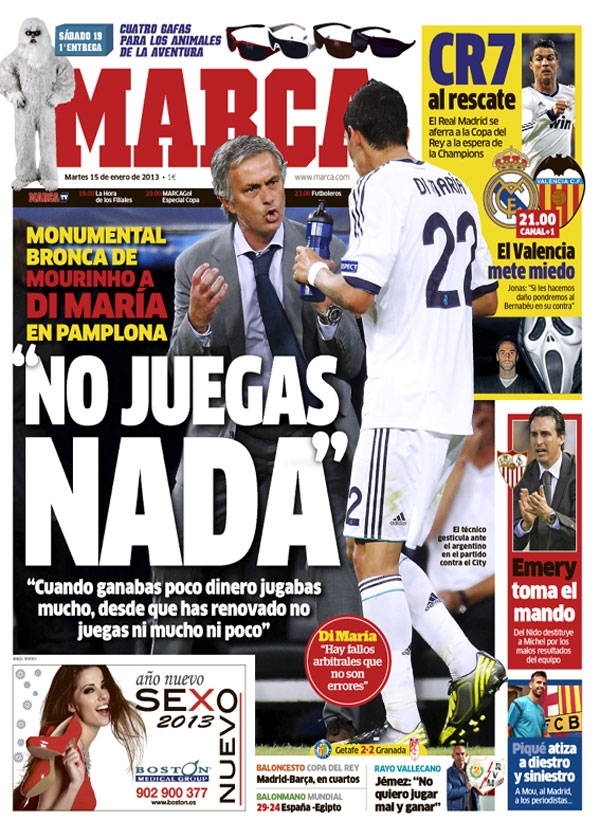 Monumental row between Mourinho and Di Maria in Pamplona, “You are not playing your best at all”, Mou

“When you were making less money you played much better, since your new contract you have not played well not even a little bit” Mou

CR7 to the rescue: Real Madrid grasping on to the Copa del Rey as they are with the Champions League

Valencia bring fear, “We will give all that we can at the Bernabeu”

Pique stokes the fire, to Mourinho, to Madrid and to journalists

Rayo Vallecano’s Jemez: “I do not want to play badly and win” 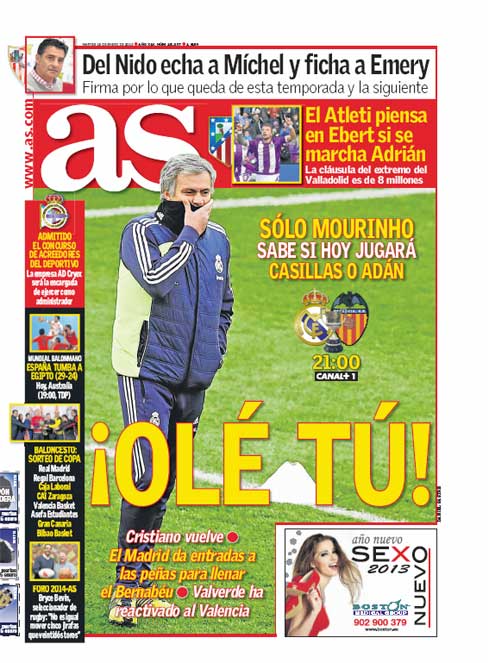 Only Mourinho knows if today Casillas or Adan will play

Cristiano returns, Madrid give away tickets to fill the Bernabeu, Valverde has given Valencia new life

The clause for the Valladolid star is 8 million

Deportivo handed over to creditors as it goes into receivership

AD Cryex will be in charge of administrating Deportivo

Basketball, draw for the cup

Foro 2014-AS, Bryce Bevin the national rugby coach, “it is not the same to move five giraffes than 22 bulls” 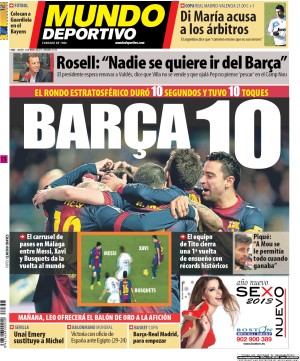 An incredible round of passes, 10 second and 10 touches

The carousel of passes between Messi, Xavi and Busquets seen around the world

Pique: “Mou was allowed to get away with everything when he won”

Tomorrow, Leo will present his Balon d’Or to the fans

Rosell: “Nobody wants to leave Barca”

The president hopes to renew Valdes’ contract, says that Villa will not be sold and hopes god-willing that Pep will not ‘fish’ at the Camp Nou

Di Maria criticises referees: The Argentine says that “they made calls when there was no need”

Handball world cup: a routine victory for Spain against Egypt