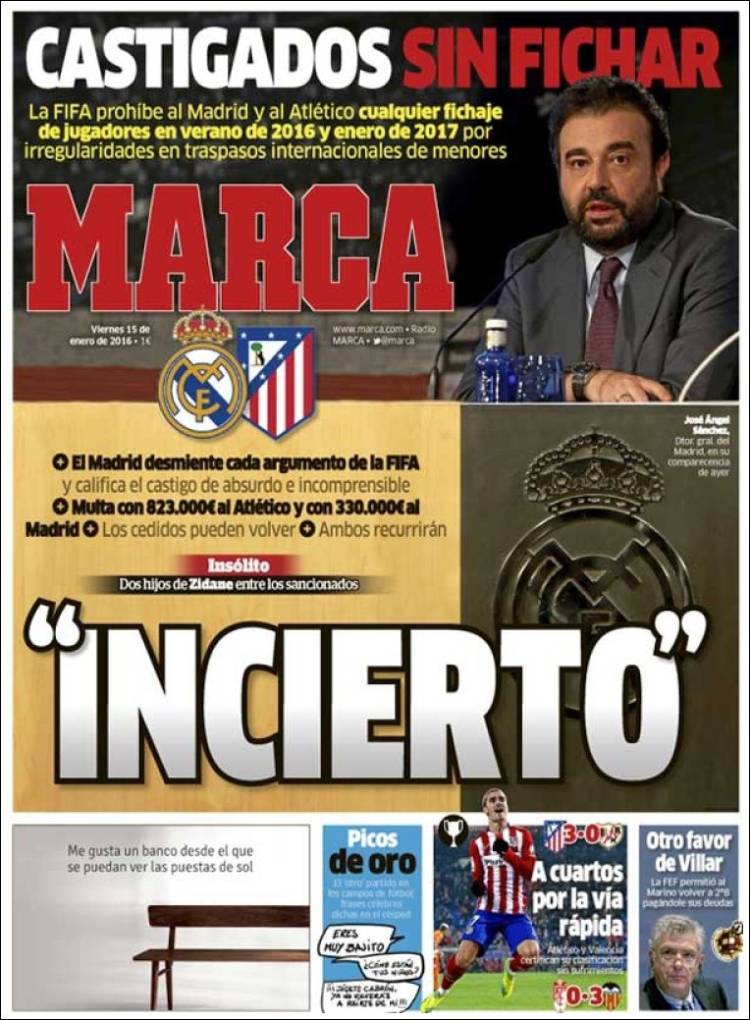 Both clubs have appealed

Two of Zidane’s children among those penalised

Reaching the quarters in the fast lane

Atletico and Valencia book their places without any problems 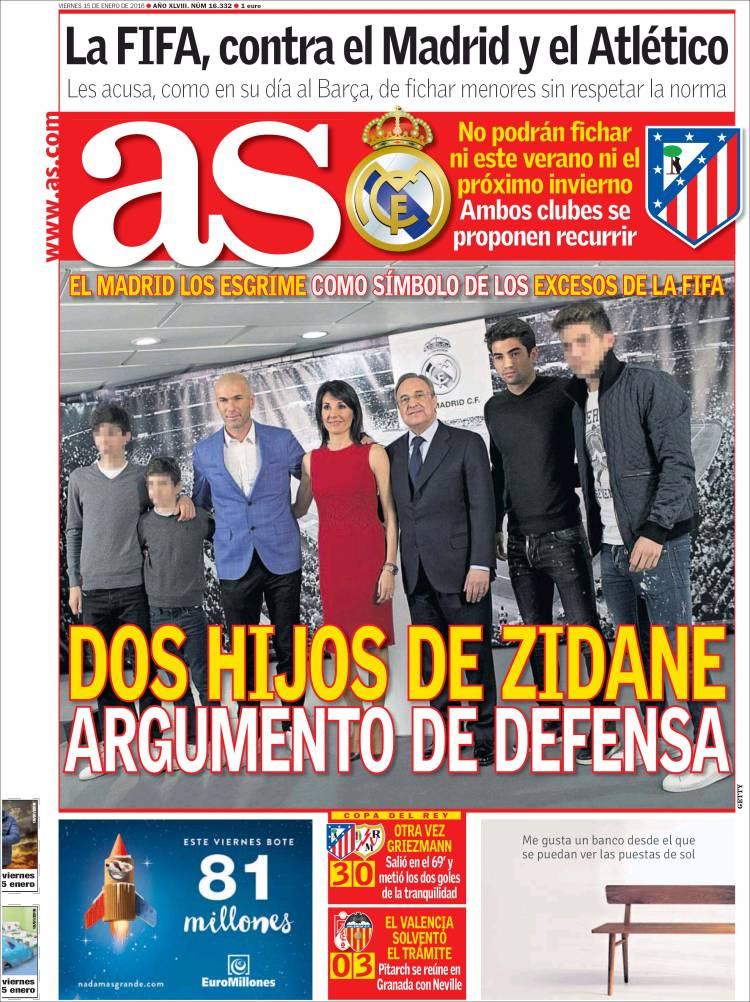 An argument for defence

Madrid use the pair as a symbol of FIFA’s excesses

Both clubs have prepared appeals

FIFA, against Madrid and Atletico

They are accused, as in the case of Barca, of signing minors without regard for the rules

Pitarch meets with Neville in Granada 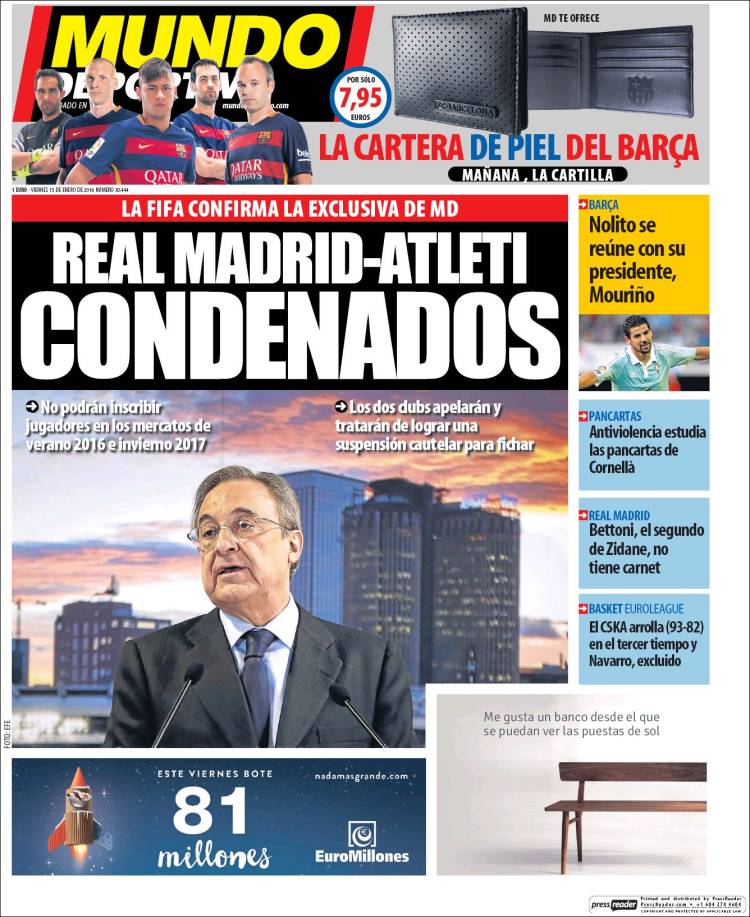 Nolito meets with his President Mourino

The Anti-violence commission studies the banners shown in Cornella

Bettoni, Zidane’s assistant, does not have a licence