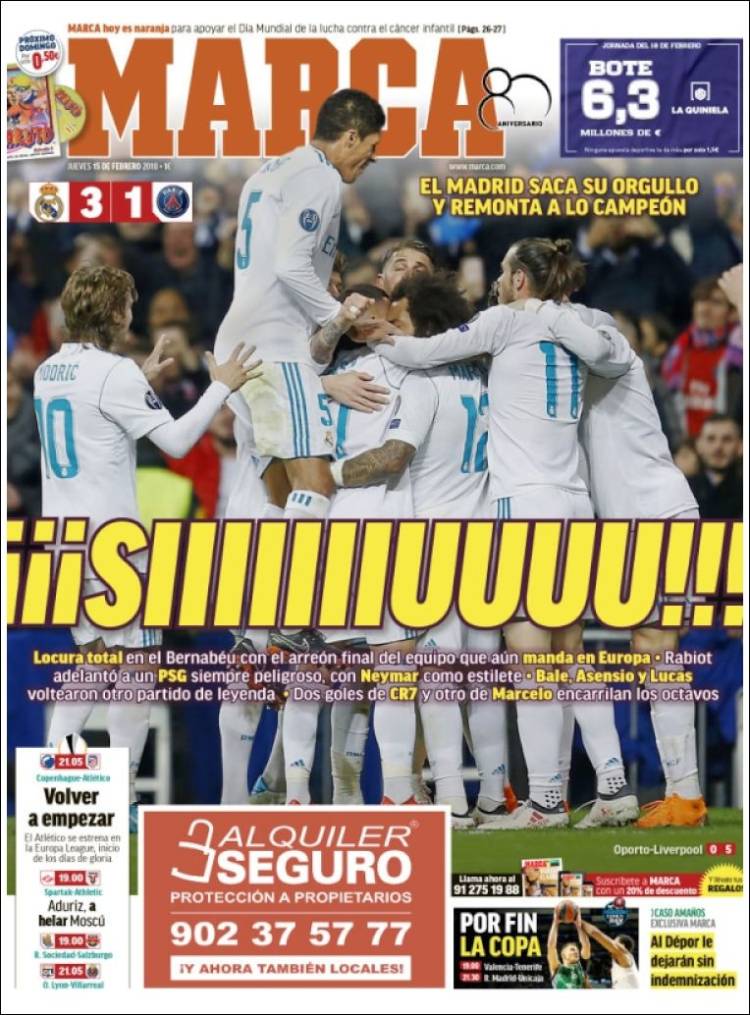 Madrid pull out their pride and comeback as a champion

Total madness in final ten minutes, Rabiot gave a dangerous PSG the lead, with Neymar like a ghost, Bale, Asensio and Lucas Vazquez come on, two goals from Cristiano and one from Marcelo puts them on track for last 8

Return to starting with Atleti, Aduriz frozen in Moscow 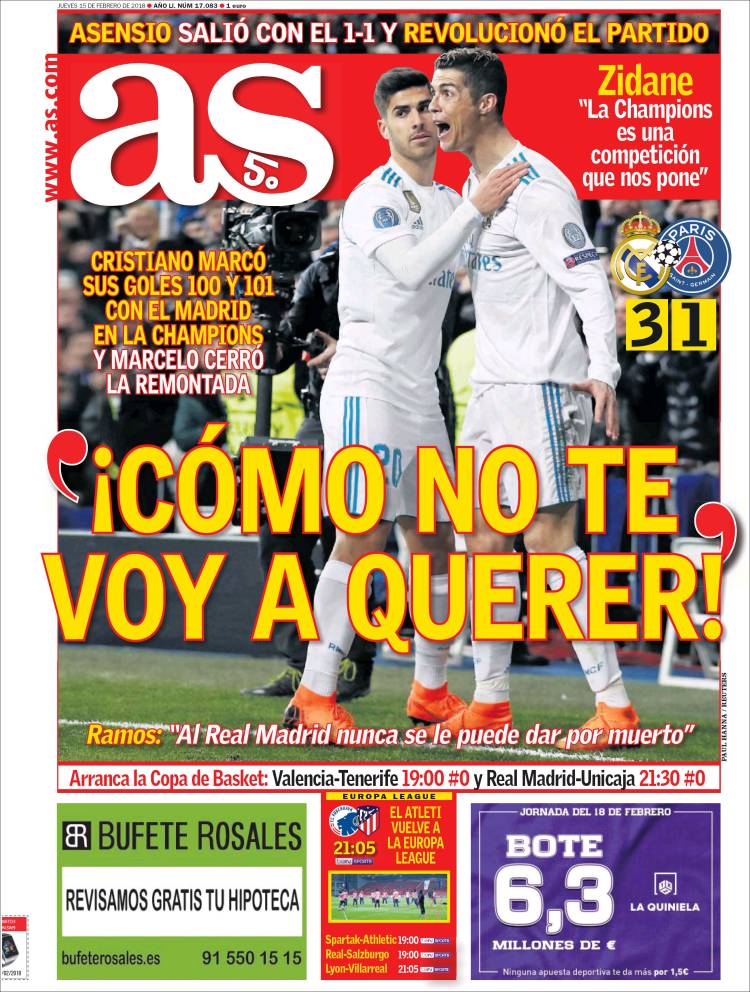 "How am I not going to love you"

Ramos: "You can never rule out Madrid"

Zidane: "Champions League a competition that gives to us"

Asensio arrives at 1-1 and revolutionises the game

Atleti return to the Europa League 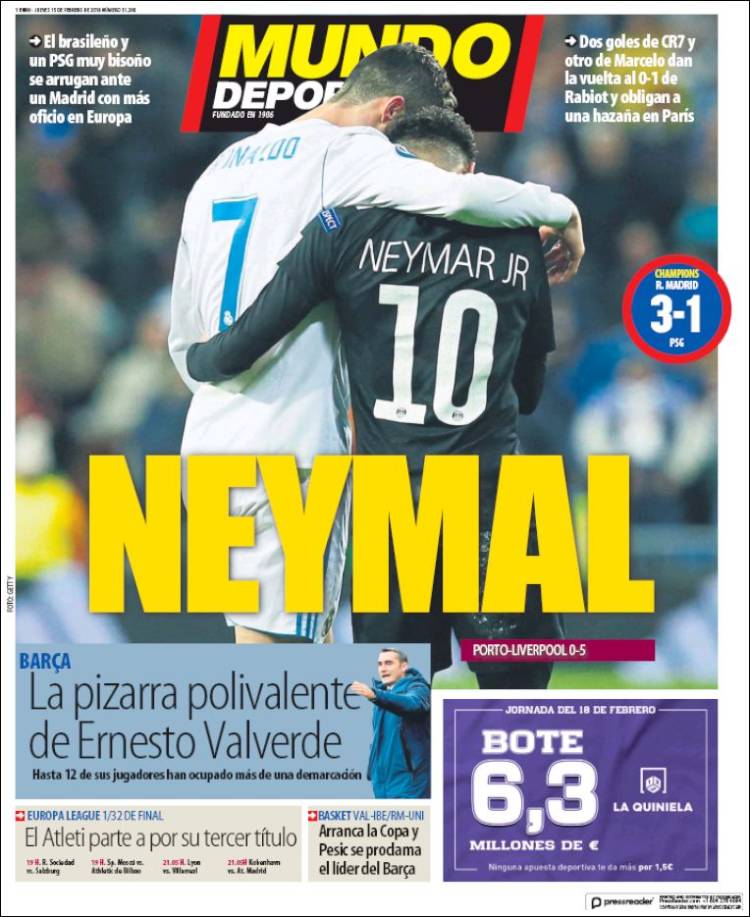 Neymar and PSG like rookies against Madrid and crumple against Madrid, two goals from Ronaldo and another from Marcelo put Madrid in control after Rabiot had given PSG the lead

The multipurpose blackboard of Ernesto Valverde

Atleti go for their third title