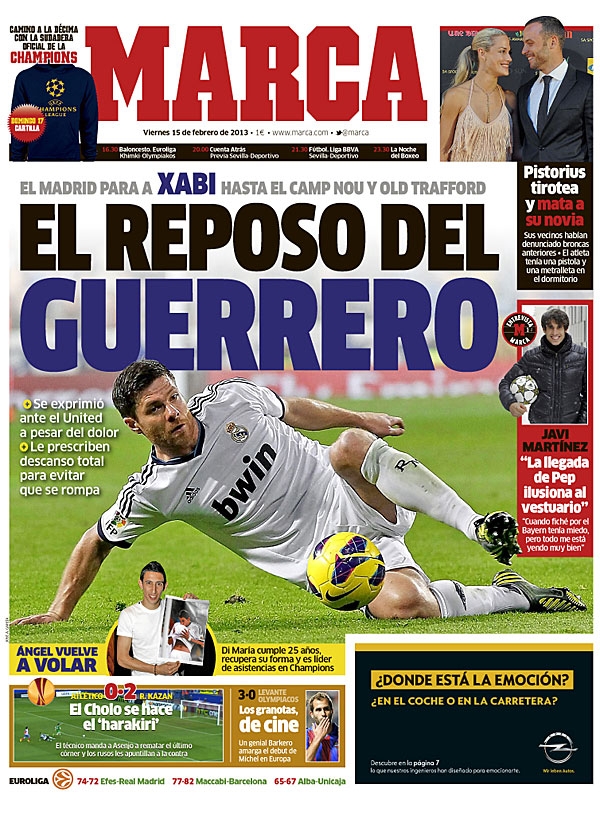 Xabi to play for Madrid at Camp Nou and Old Trafford

Rest of the warrior: He played against United despite having pain

They only rested him early to avoid him aggravating his injury

Angel flying again: Di Maria is 25-years-old now, has recovered his form and is leading the assists chart in the Champions League

Levante 3-0 Olympiakos: Los Granotas are of the cinema

Javi Martinez: "The arrival of Pep is the dream of the team", "When he signed for Bayern I was fearful but all is going well for me now"

Pistorius shot and killed his girlfriend

Their neighbours had complain about their fights 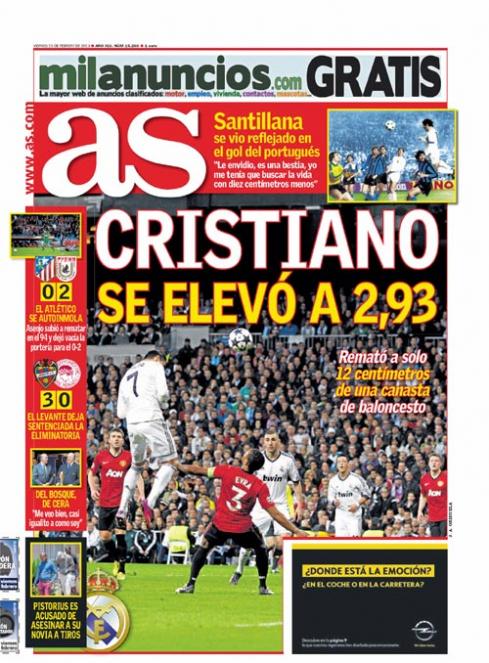 Santillana has reflected on the goal from the Portuguese

"I envy him, he is a beast, I had to look for the my life to get 10 centremetres less"

Atletico 0-2 Rubin Kazan: Asenjo came out in the 94 minute and left the goal empty as if finished 0-2

Pistorius is accused of shooting and assassinating his girlfriend 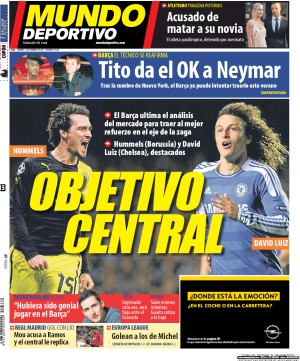 Centre Objective: Barca have analysed the market and want to bring the best reinforcements into the centre of defence

Interview with Klose: "It would have been great to play for Barca"

Real Madrid: Mou blames Ramos for the mess up at the back

Tito gives the OK for Neymar

After the summit in New York, Barca will try and bring him to Camp Nou this summer

Accused of killing his girlfriend: The Paraolympic athlete has been detained for murder