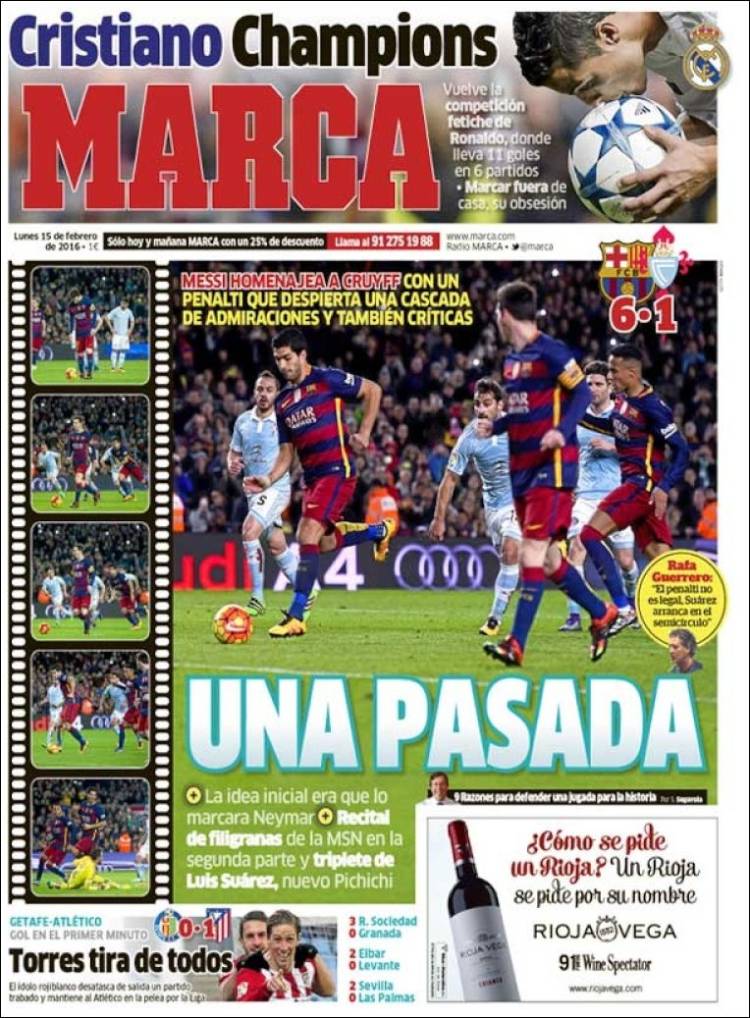 The initial idea was for Neymar to score

Recital of the ‘MSN’ filigree in the second half, plus a hat-trick from Luis Suarez, the new Pichichi

Return of Ronaldo’s favourite competition, where he has 11 goals

Scoring away from home, his obsession

Goal in the first minute 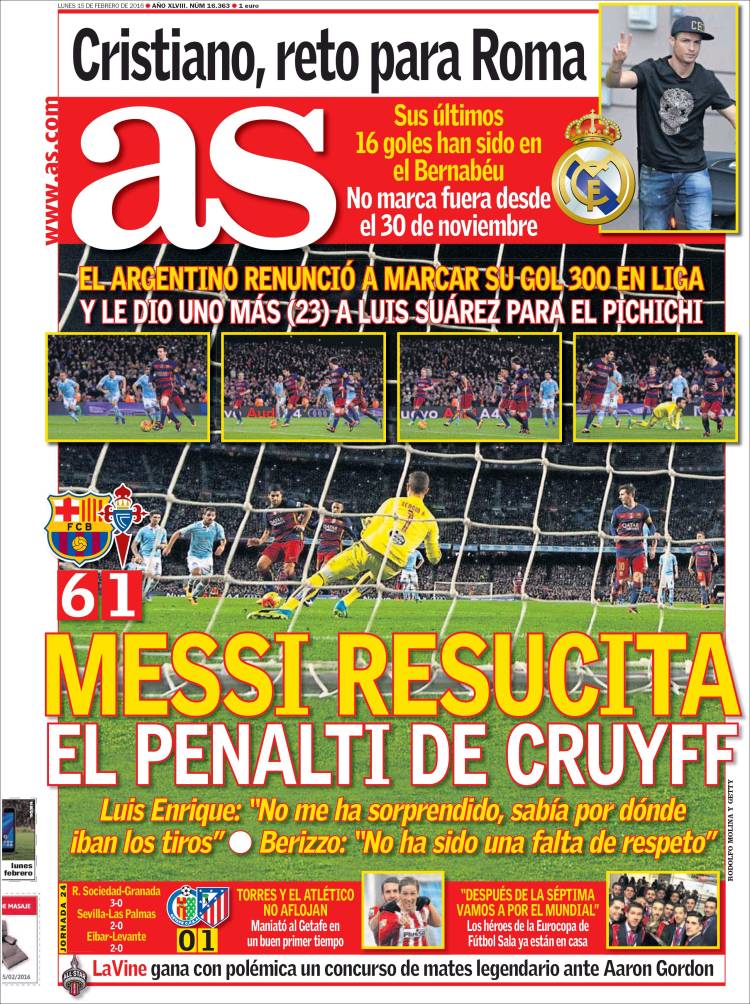 Luis Enrique: “I’m not surprised, I knew what they’d do”

Berizzo: “It wasn’t a lack of respect”

Cristiano, a threat to Roma

His last 16 goals have been at the Bernabeu

Has not scored away since November 30

Torres and Atletico do not let up

He handcuffed Getafe in a good first half 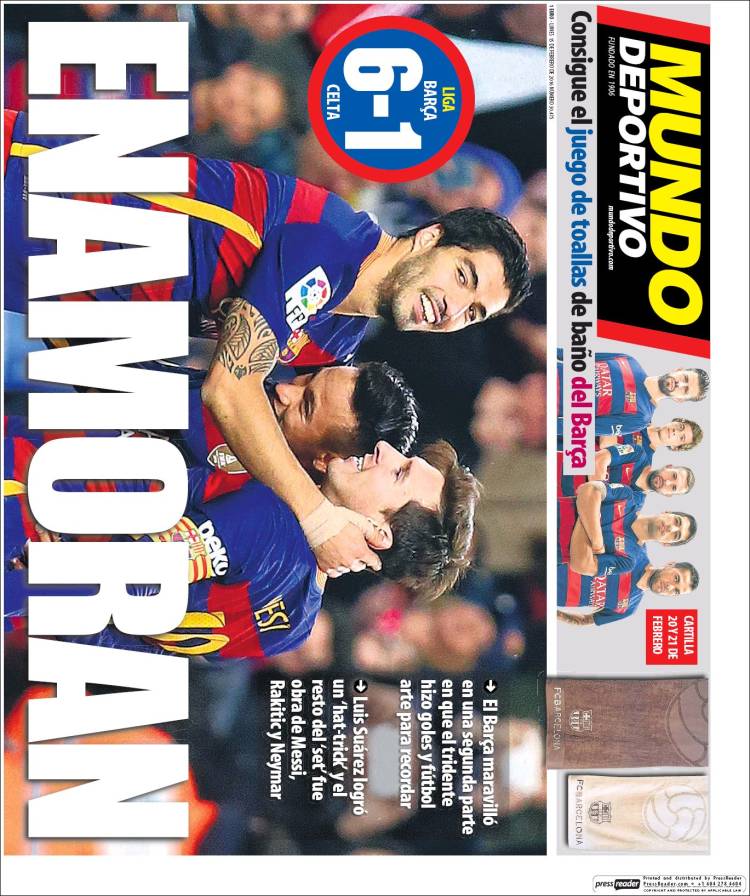 Barca marvelled in the second half, with the trident all scoring and football art to remember

Luis Suarez scored a hat-trick, while the rest of the ‘set’ was marked by the work of Messi, Neymar and Rakitic