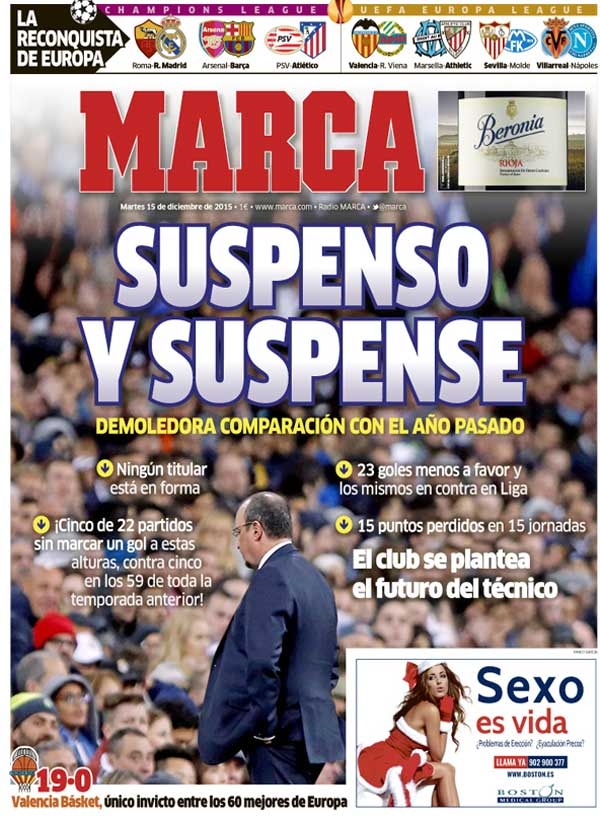 No starter is in form

Five of 22 games without scoring a goal at this stage, against five of 59 in the previous season!

The club raises the future of the Coach

The re-conquest of Europe 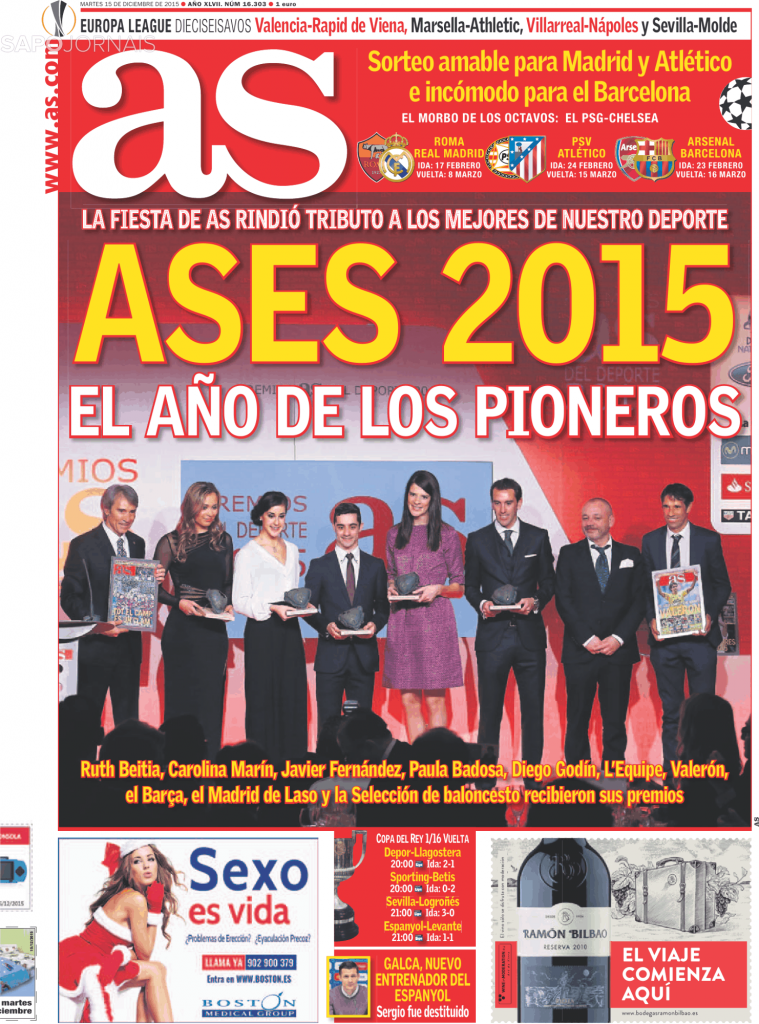 The AS gala paid tribute to the best of our sport

The year of the pioneers

Europa League Round of 16

Friendly draw for Madrid and Atletico, uncomfortable for Barcelona

Copa del Rey Round of 16 returns 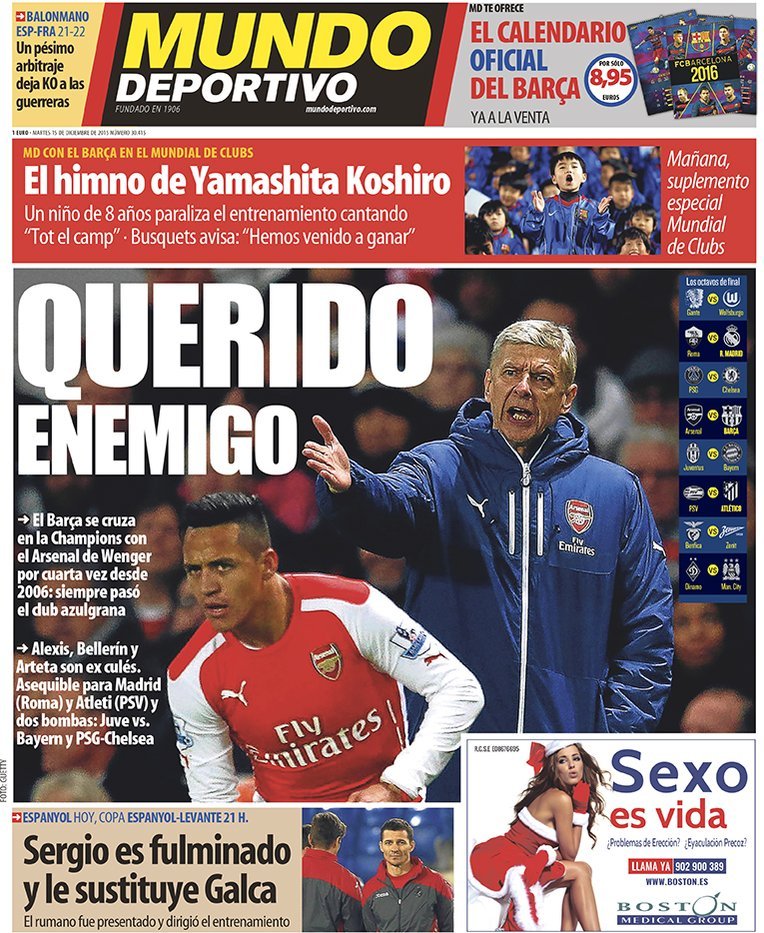 Barca cross with Wenger’s Arsenal in the Champions League for the fourth time since 2006: the Azulgrana have always qualified

Sergio is dismissed and replaced by Galca

The Romanian was presented and took training

The hymn by Yamashita Koshiro

Busquets warns: “We have come to win”