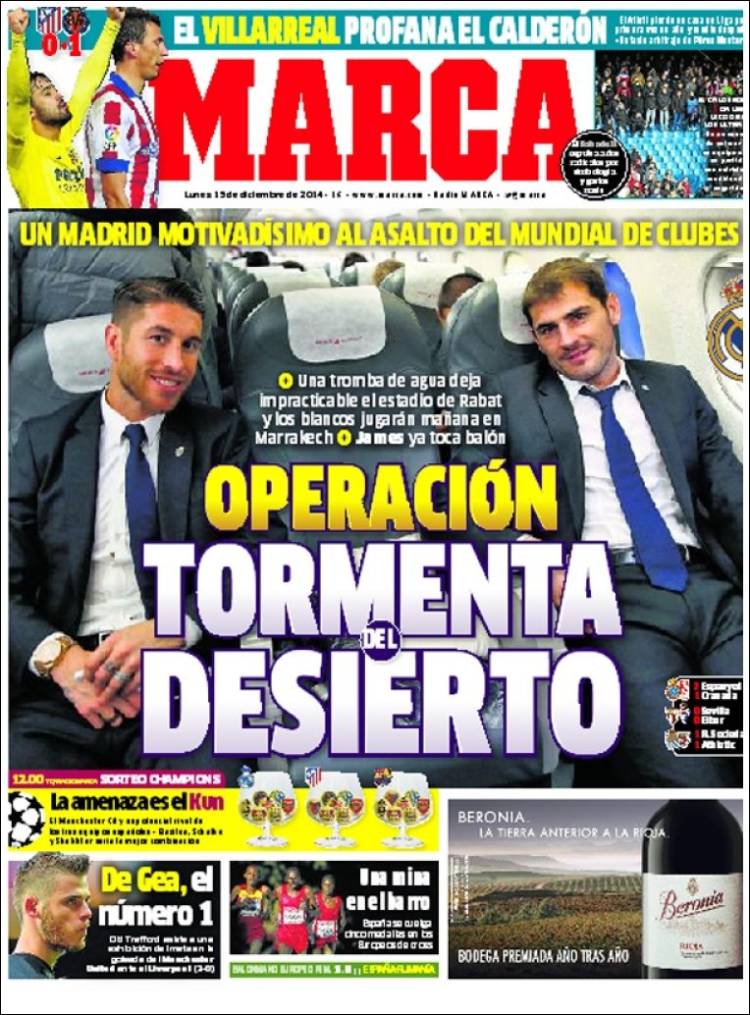 James is now working with the ball

The threat is Kun 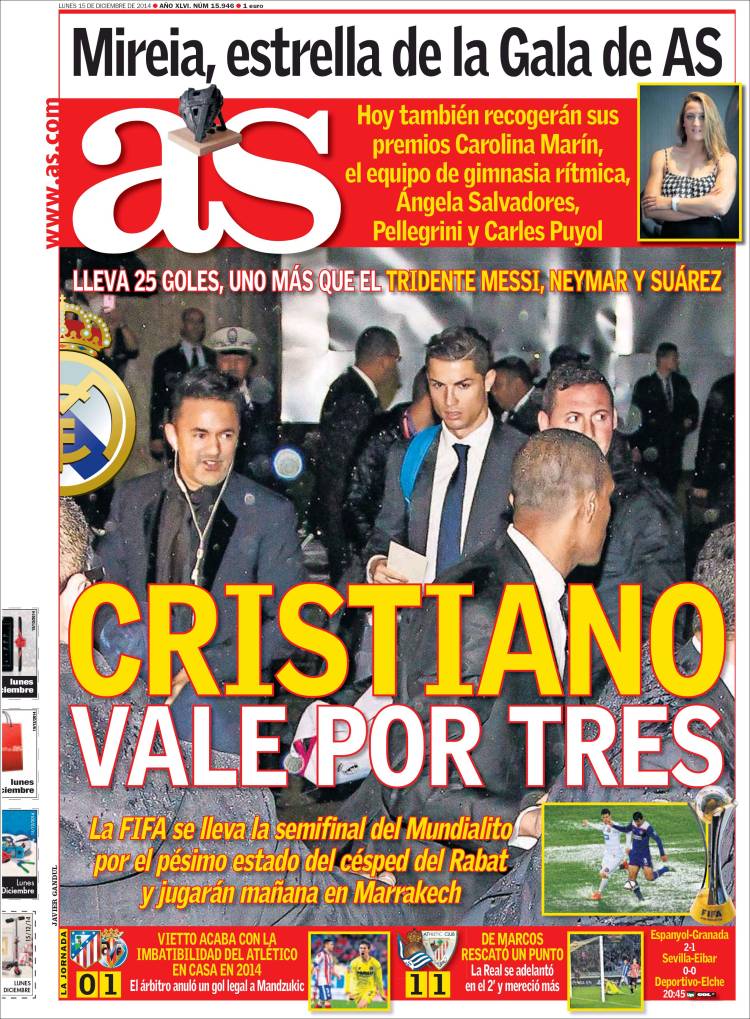 Cristiano is worth three times as much

He has 25 goals, one more than the trio of Messi, Neymar and Suarez

La Real went ahead in the 2nd minute and deserved more 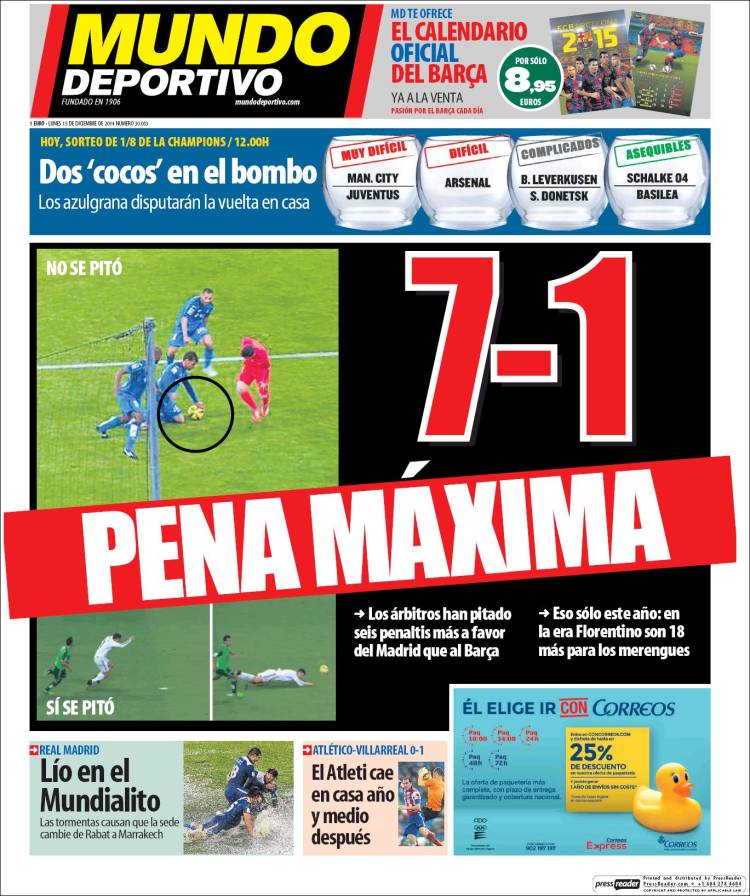 The referees have given Madrid six more penalties than Barca

That is only this year: in Florentino’s era there has been 18 more for Los Merengues

Two ‘difficult’ ties in the draw

The Blaugrana will play the return leg at home

Atletico go down at home a year-and-a-half later

A mess at the Club World Cup: the storms cause the headquarters to be changed from Rabat to Marrakech