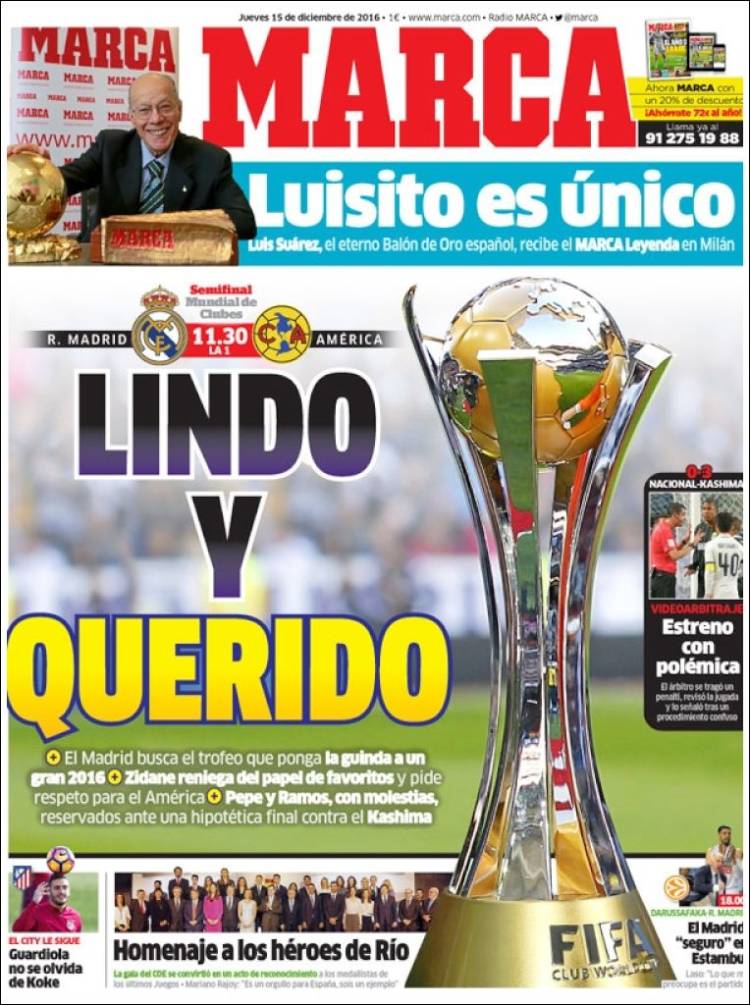 City does not forget Koke 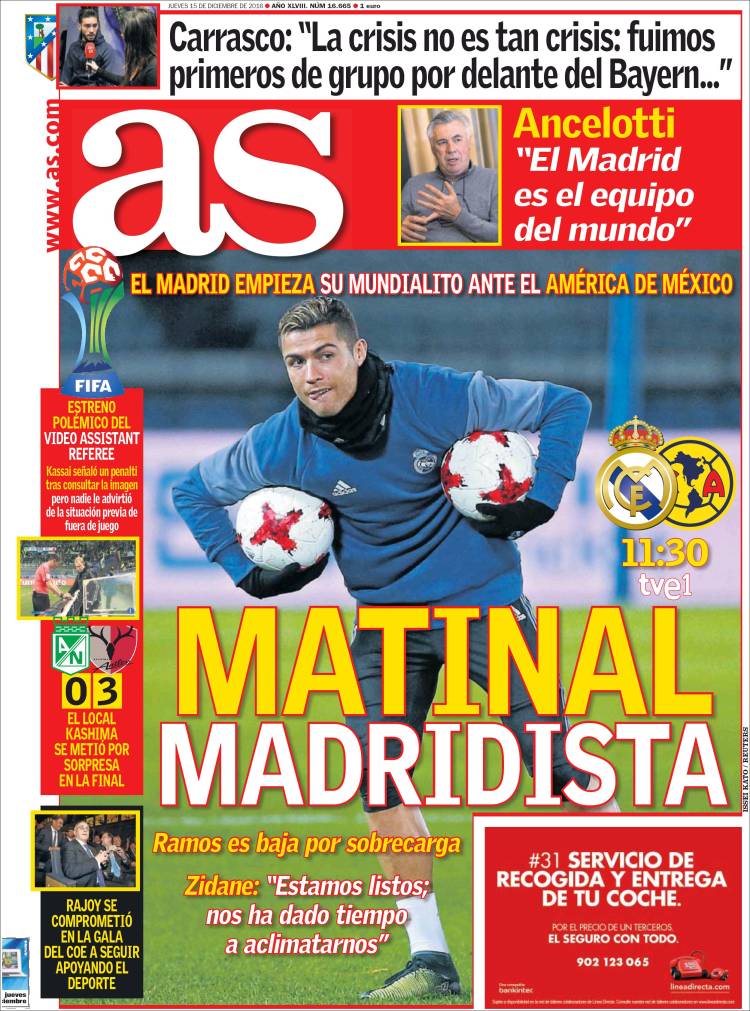 Ramos is out due to an overloaded muscle

Zidane - We are ready, we have been given time to acclimatise

Ancelotti: Madrid is the team of the world

Carrasco: The crisis is not a crisis, we were the first winners of the group ahead of Bayern 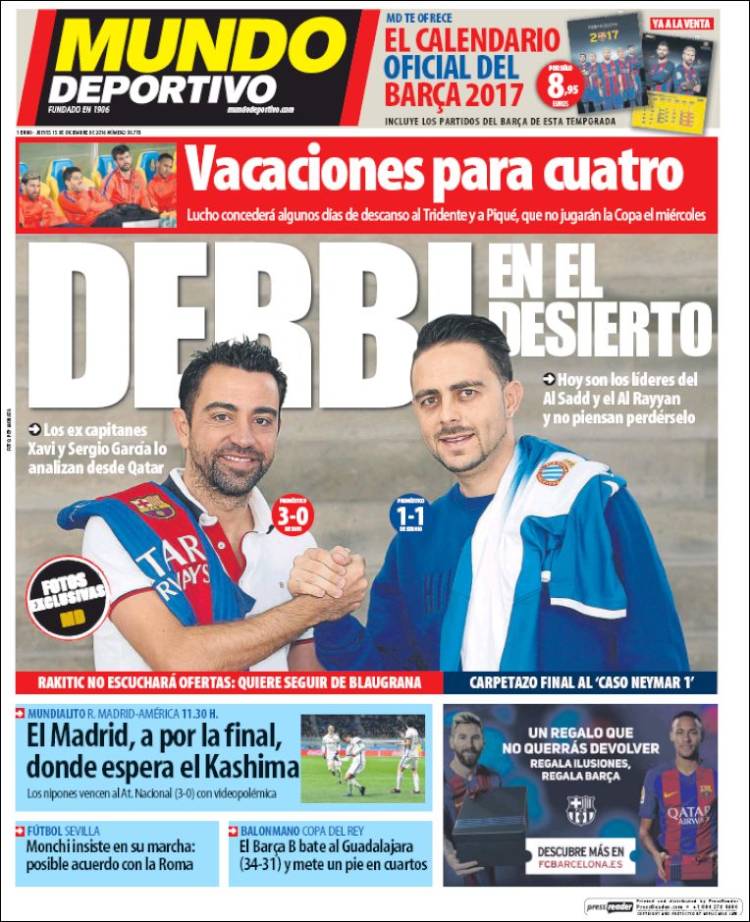 Derby in the desert

Holidays for four – Luis Enrique considers some days of rest for the Trident and Pique, won’t play in Copa next Wednesday

Madrid to aim for the final, were they will play Kashima – Asian side beat Atletico Nacional with help from video technology

Monchi insists on his departure, possibly to Roma