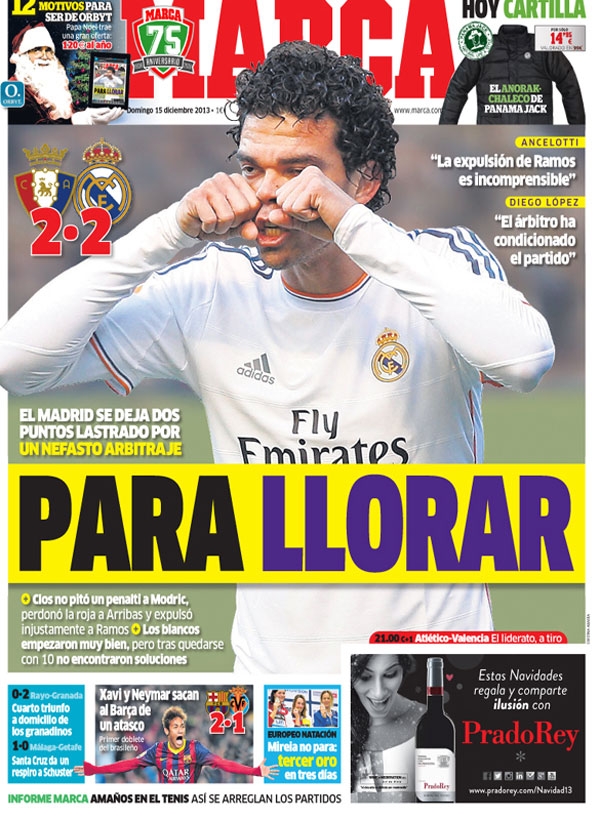 It makes you cry
Madrid lose two points due to some terrible refereeing
Ancelotti: "The red card for Sergio Ramos was incomprehensible"
Diego Lopez: "The referee has conditioned the game"
Clos did not give a penalty to Modric, did not give a red card to Arribas and sent Ramos off unjustifiably
Los Blancos started the game well but after being let with ten men they could not find the solution
Xavi and Neymar give Barca the points in a tight one
Four wins on the road now for Granada
Santa Cruz gives a respite to Schuster
Mireia does not stop: She wins another gold 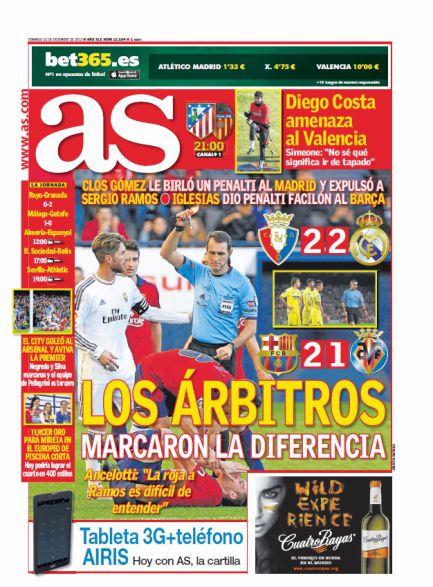 The referees make the difference
Clos Gomez denies Madrid a penalty than sends of Ramos while Iglesias gives a soft penalty to Barca
Ancelotti: "The red to Ramos is difficult to understand"
Diego Costa threatens Valencia
Simeone: "I do not know the meaning of underdog"
City's goal-feast against Arsenal lights up the Premier League
Negredo and Silva score as Pellegrini's team go third
Third gold for Mireira 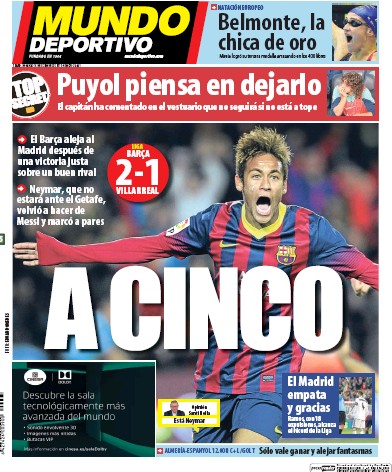 Number 5
Barca extend lead over Real Madrid after a just win against a strong rival
Neymar will not be present against Getafe, returns to do a Messi and score two goals
Puyol thinking of leaving
The captain has commented to the team that he will not continue if he is not at his best
Madrid draw and thanks
Ramos, with 18 red cards, breaks a new record