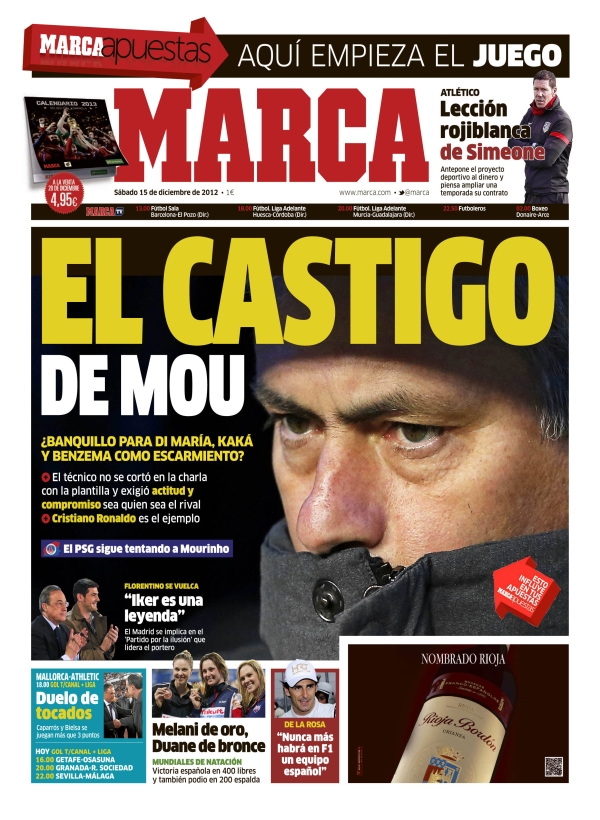 The punishment of Mourinho

Bench for Di Maria, Kaka and Benzema as a lesson?

The coach does not stop talk of his team and is demanding commitment and a better attitude no matter who is the opponent; Cristiano Ronaldo is the example

Florentino Perez: Iker is a legend

Madrid maintain hope through their leader between the sticks

Atletico: A rojiblanco lesson from Simeone

Mallorca-Athletic: Duel of the affected

Caparros and Bielsa are playing for more than three points

Gold for Melani and Bronze for Duane

World swimming championship: Victor for the Spanish in the 400 freestyle and also a podium finish in the backstroke

De la Rosa: Never more will there be a Spanish F1 team 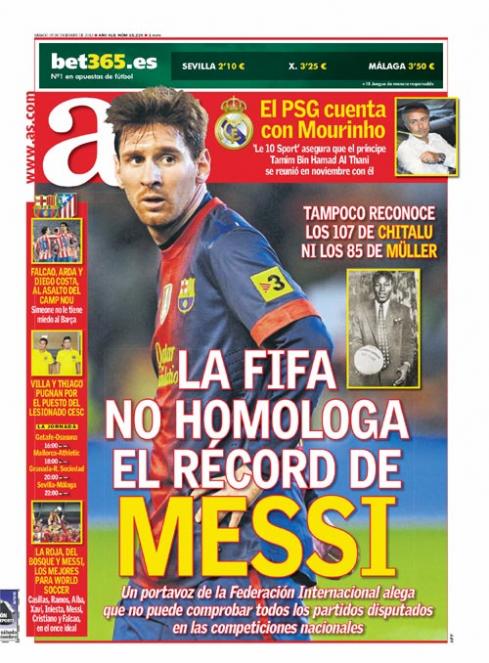 FIFA does not approve of Messi’s record

Falcao, Arda and Diego Costa lead the assault at the Camp Nou

Simeone is not scared of Barca

Spain, Del Bosque and Messi are the best in world soccer 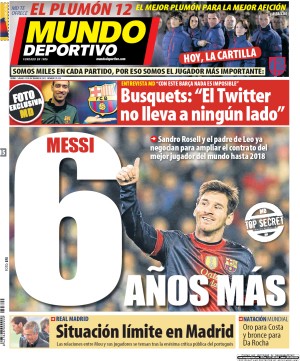 Busquets: Nothing is impossible for Barcelona.

Swimming: Gold for Costa and bronze for Da Rocha