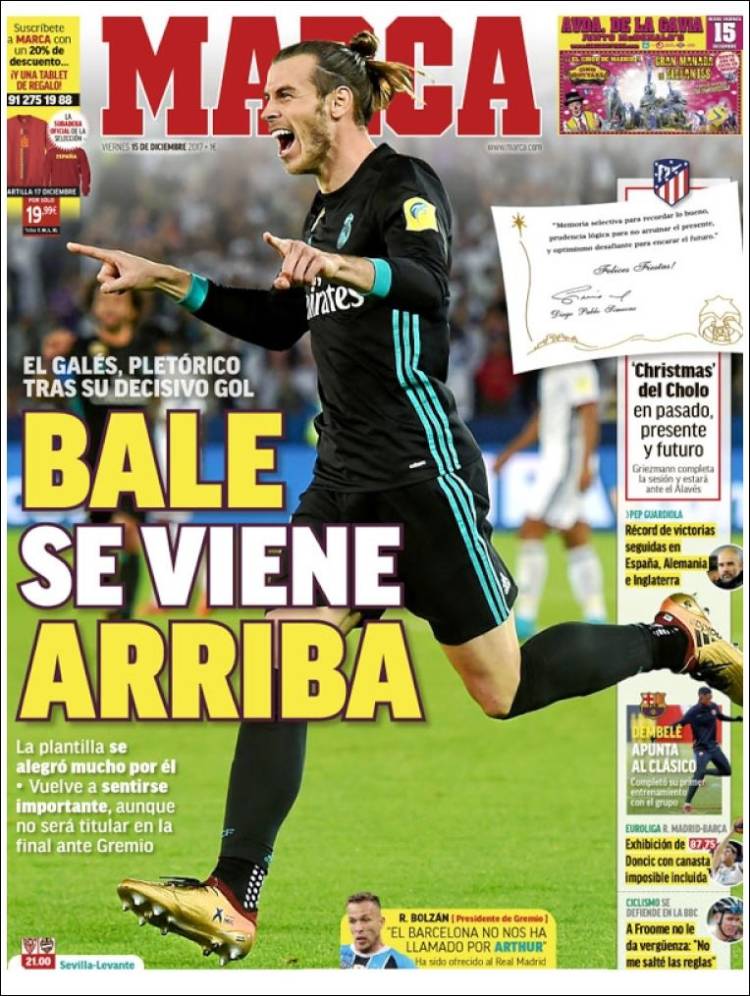 The Welshman, feeling great after his decisive goal

Bale is coming back

“Barcelona haven’t called us for Arthur”

In the past, present and future

Dembele aims for the Clasico 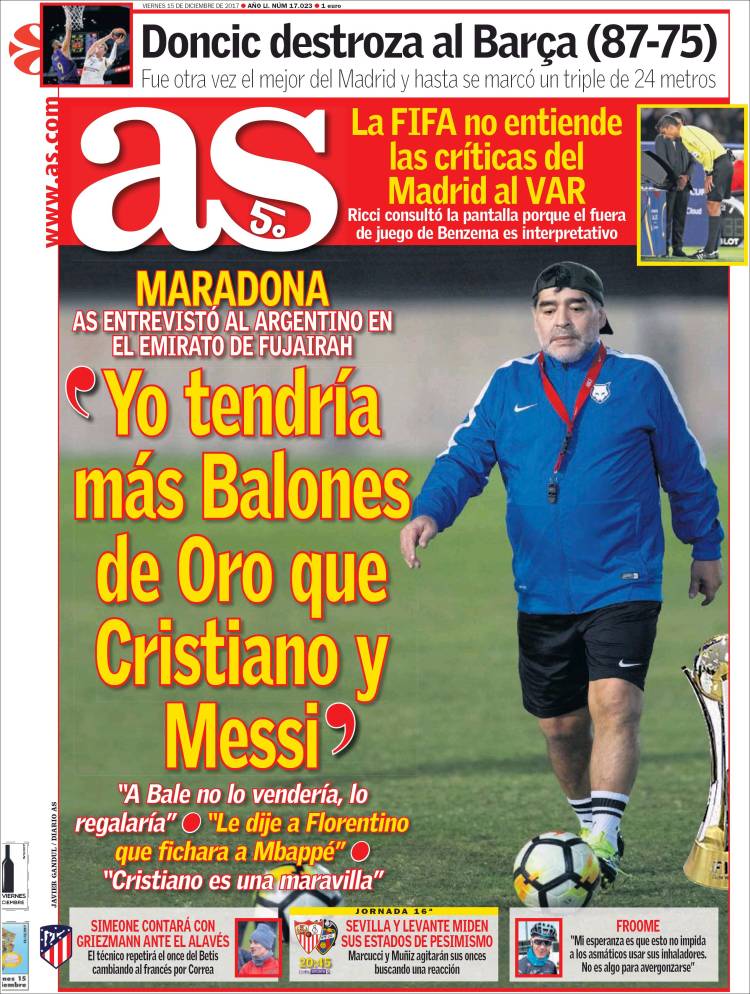 FIFA does not understand Madrid’s criticism of VAR

“I’d have more Ballon d’Ors than Ronaldo and Messi”

Simeone will have Griezmann back against Alaves

Sevilla and Levante pit their states of pessimism 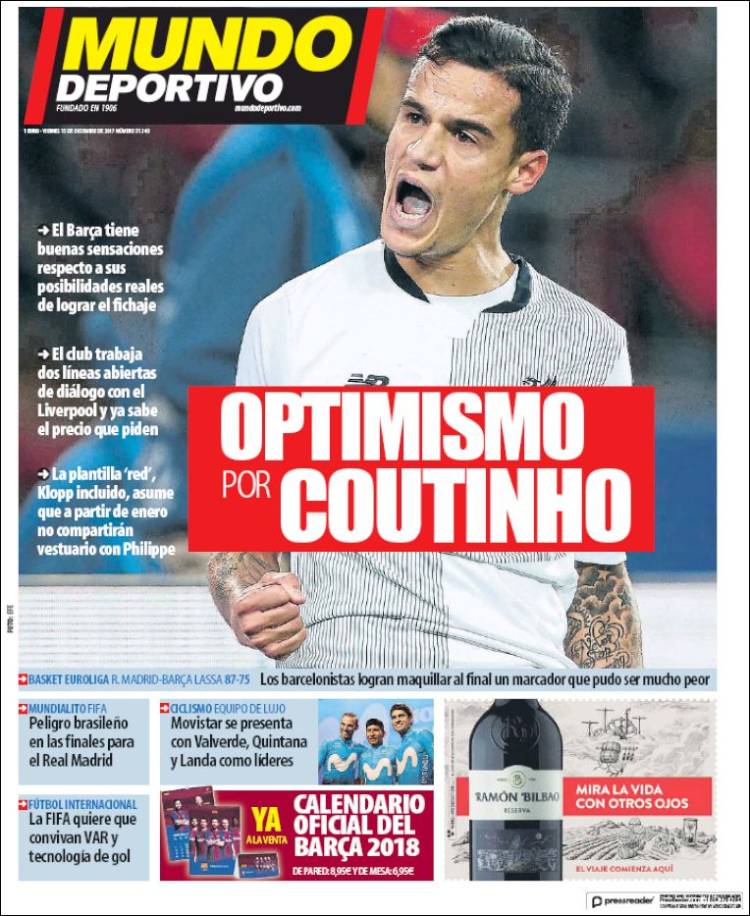 Barca have good feelings about their chances of signing him

The Reds, Klopp included, assume that from January, they will not share a dressing room with Philippe

Brazilian danger in the final for Real Madrid

FIFA wants VAR and goal technology side by side