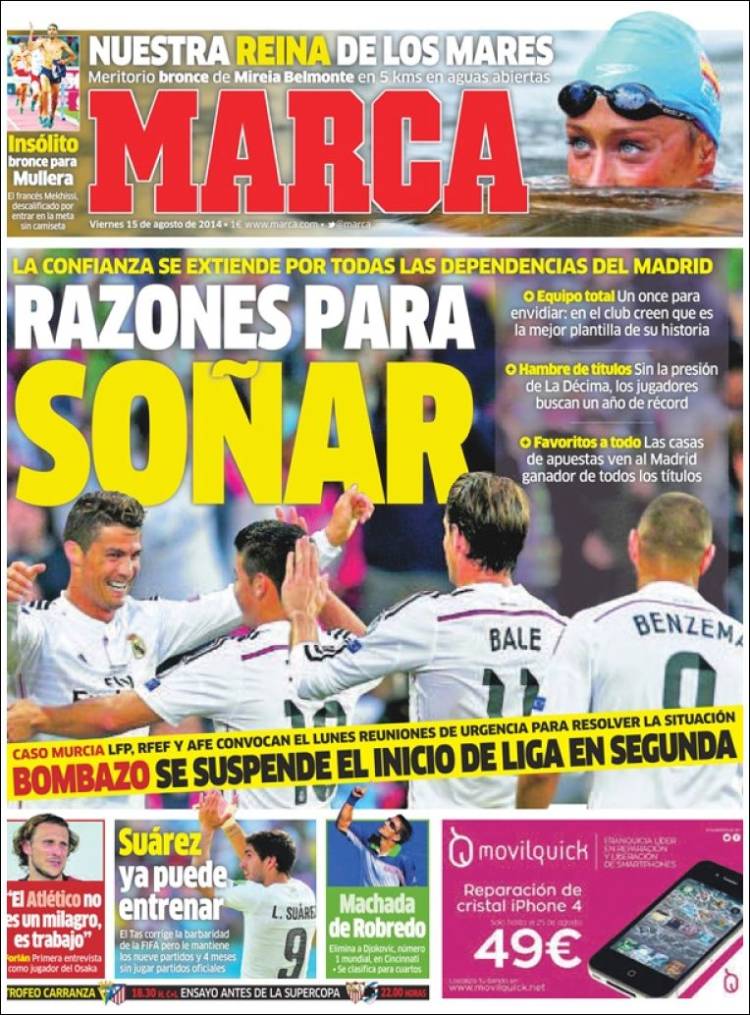 The confidence extends to all sections of Madrid

Total team, an XI to envy, at the club they think it’s the best squad in its history

Hunger for titles, without pressure for La Decima, the players are after a record year

Everyone's favourites, the bookies see Madrid as winners of every title

Blockbuster, the start of La Segunda is suspended

'Atletico is not a miracle, its hard work' 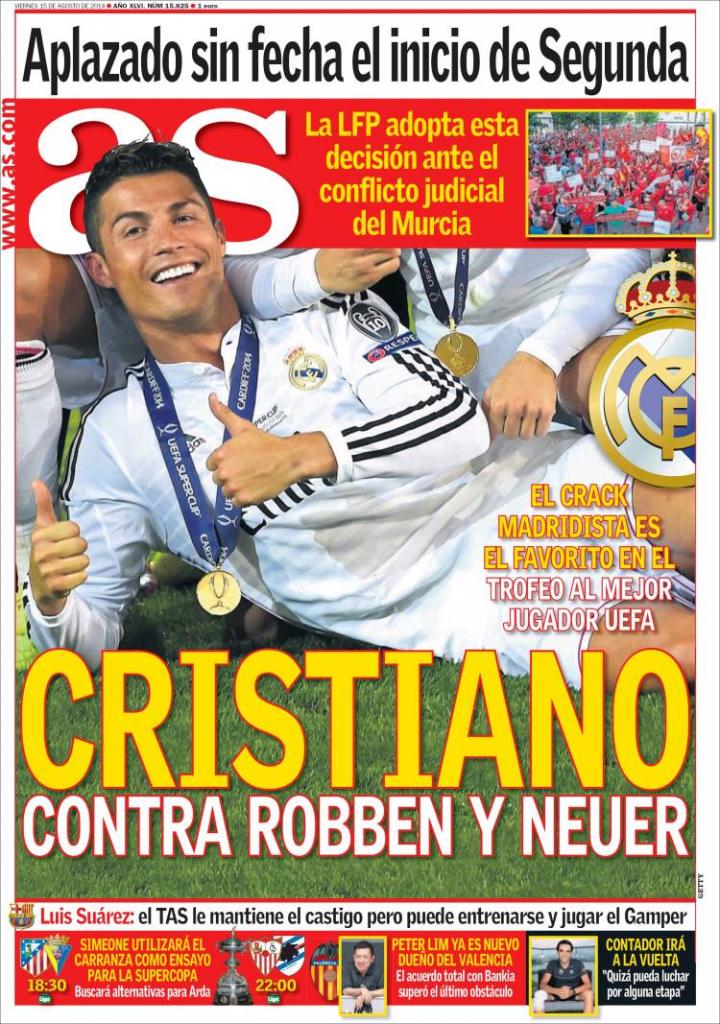 Cristiano against Robben and Neuer

Postponed and without a date for the start of La Segunda

Luis Suarez: CAS uphold the ban but he can train and play in the Gamper

He will look for alternatives for Arda

Peter Lim is the new owner of Valencia

Complete agreement with Bankia, he overcomes the final obstacle 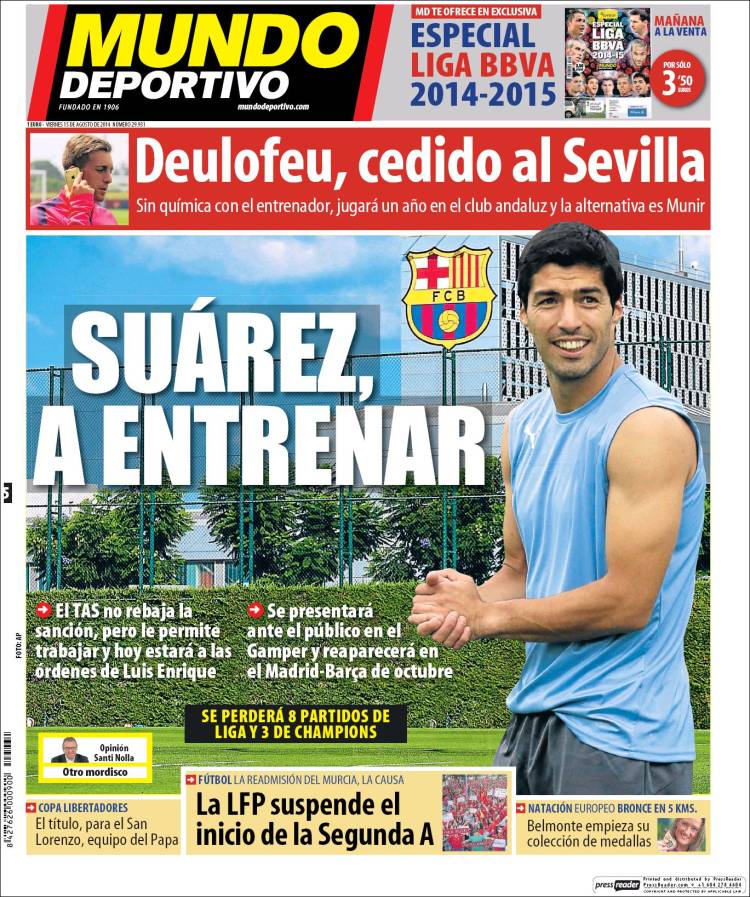 No chemistry with the Coach, he will play with the Andalusian club for a year, the alternative is Munir

The LFP suspend the start of Segunda A

The readmission of Murcia, the cause

The title, for San Lorenzo, the Pope's team