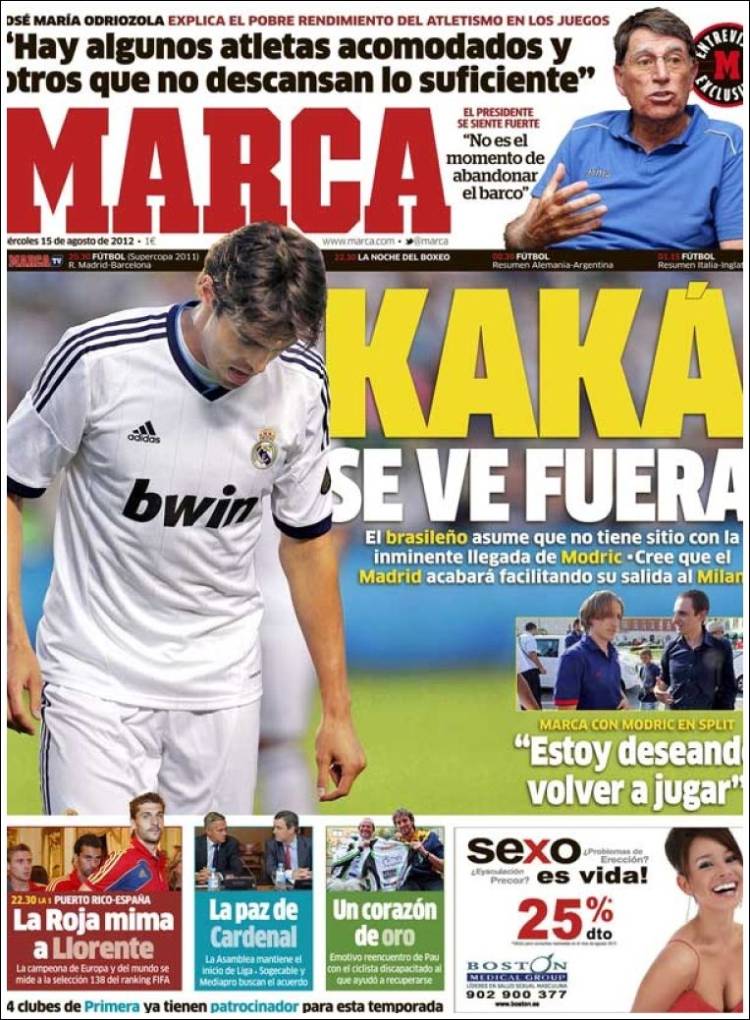 Kaka sees himself out of the club

He believes Madrid will make his transfer to Milan easier

Marca with Modric in Split: "I want to get back playing again"

Four Primera clubs now have a sponsor for next season 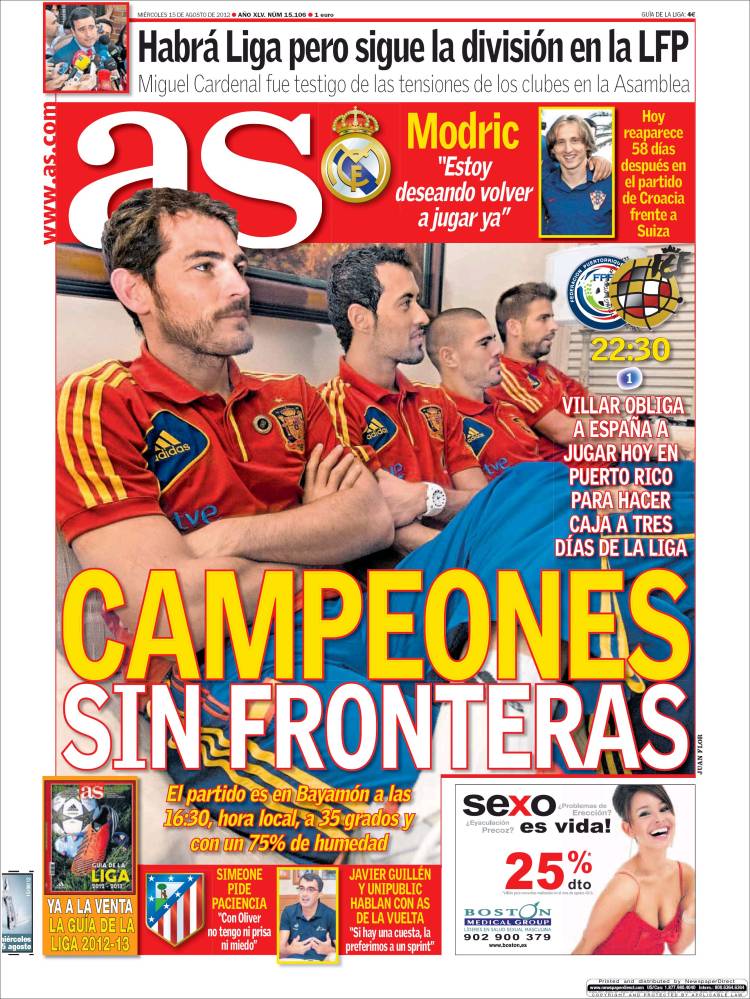 The game is in Bayamon at 4.30pm local time and will be played in 35 degrees of heat with 75 per cent humidity

Modric: "I want to get back to playing now"

He reappears 58 days later in Croatia's game against Switzerland

Simeone asks for patience: "With Oliver there is no worry or fear" 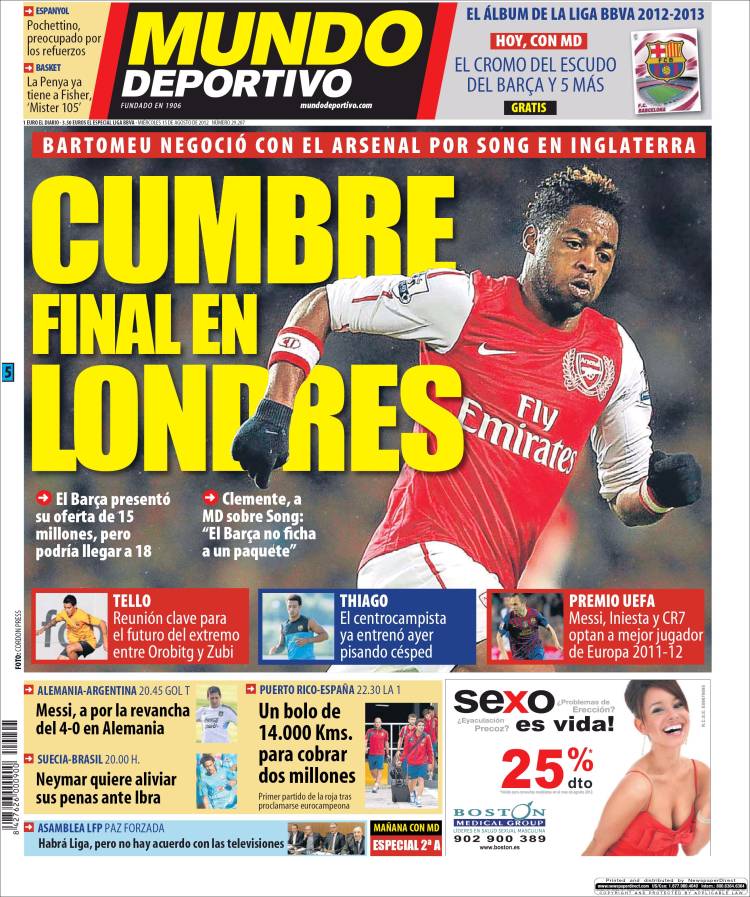 Bartomeu negotiates with Arsenal for Song in England

Barca will present an offer of €15m that could reach €18m

Clemente to MD about Song: "Barca are not signing the complete package"

Tello: crucial meeting between Orobitg and Zubi about the winger's future

Messi after revenge for the 4-0 in Germany

UEFA award: Messi, Iniesta and CR7 in contention for Europe's best player of 2011-12

Neymar wants to drown his sorrows against Ibra

LFP meeting - a forced peace. There will be League games but there is no agreement with the television operators