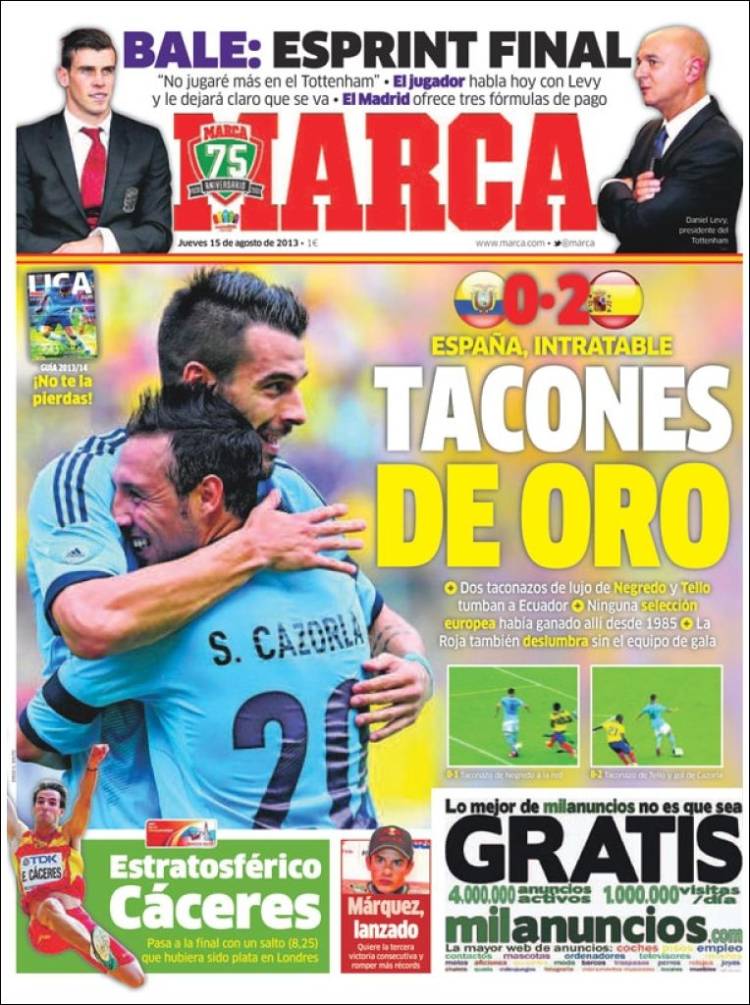 Two luxury backheels from Negredo and Tello down Ecuador

No national team from Europe had won there since 1985

“I won’t play for Tottenham again” 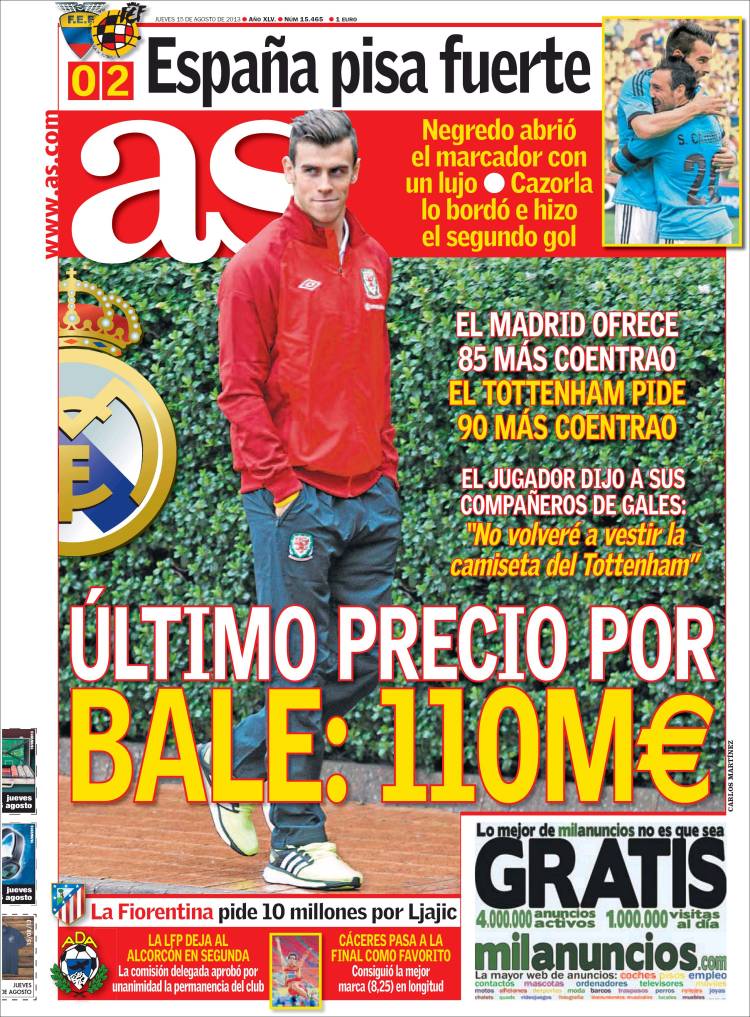 Tottenham ask for €90m plus Coentrao

The player tells his Welsh teammates: “I won’t wear a Tottenham shirt again”

Negredo opens the scoring with a luxury goal

Cazorla adds to it and gets the second

The commission votes unanimously for the club to stay up 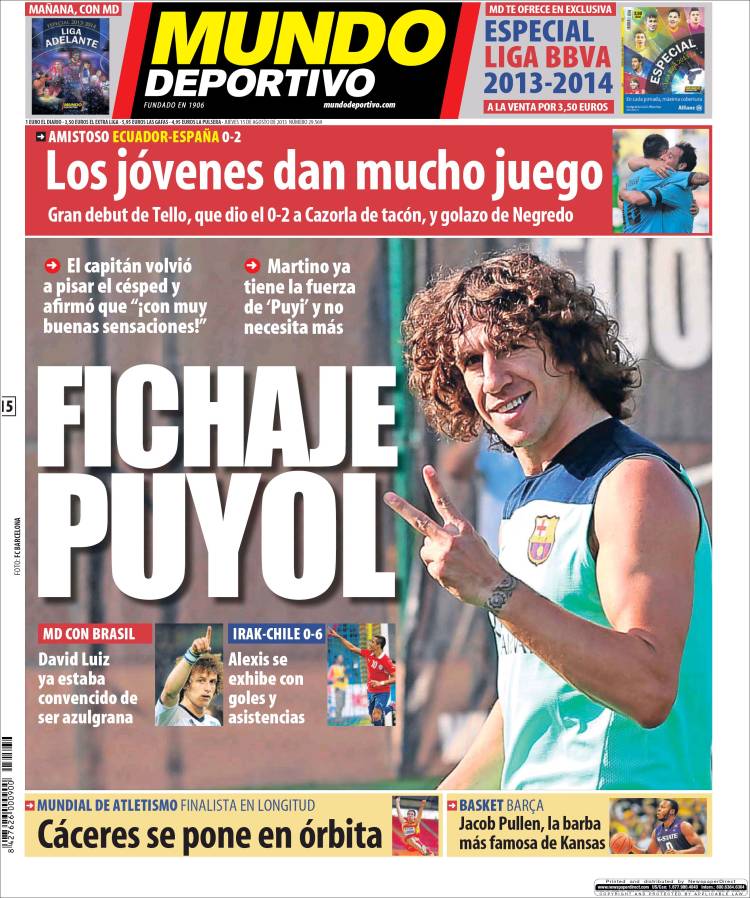 The captain returned to the pitch and insisted he “felt good”

David Luiz was convinced he would join the Azulgrana

Iraq 0 Chile 6: Exhibition from Alexis with goals and assists

Ecuador 0 Spain 2: The youngsters turn it on

Great debut from Tello, who set up Cazorla with a backheel to make it 0-2, and a great goal from Negredo