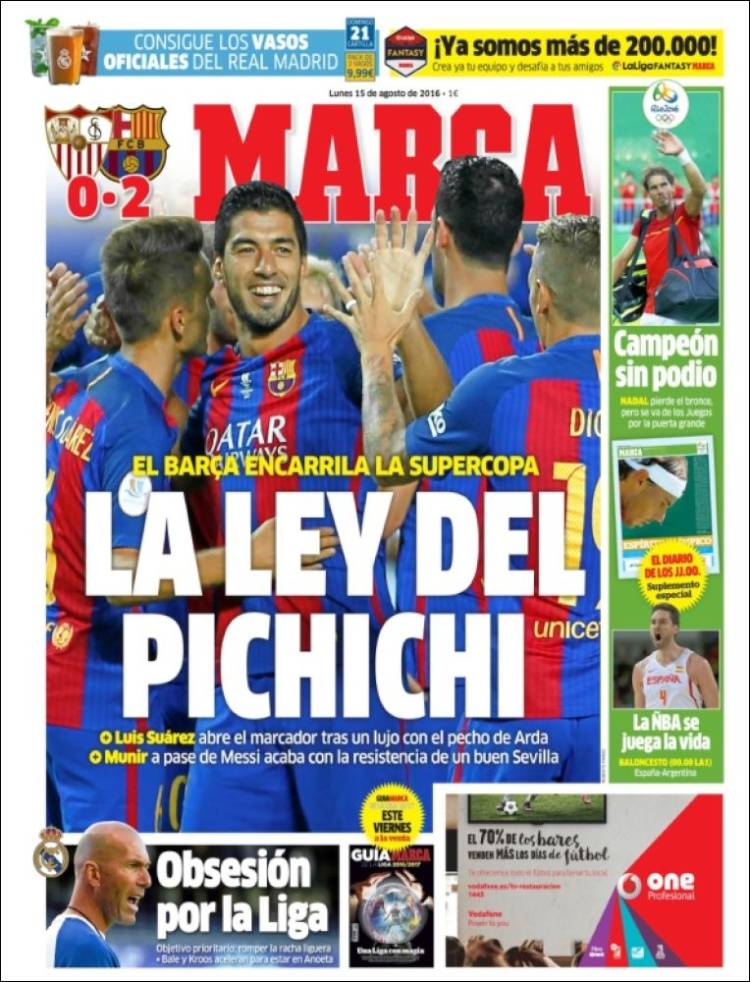 The law of Pichichi

Barca take charge of the Supercopa

Bale and Kroos accelerate to feature at Anoeta 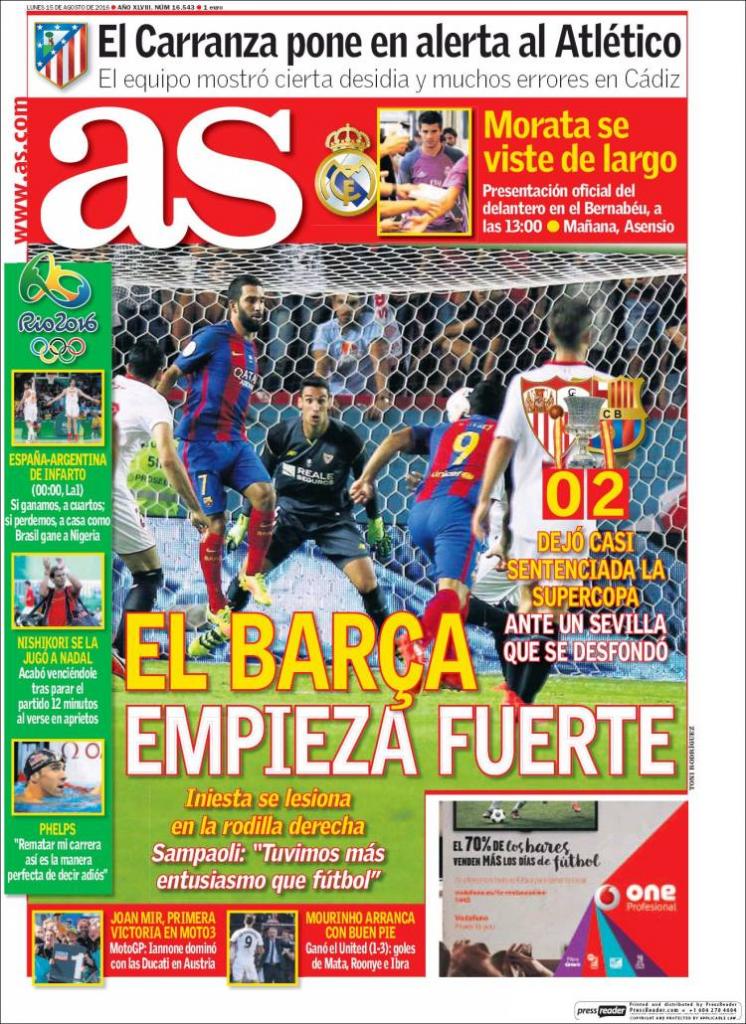 Sampaoli: “We had more enthusiasm than we played football”

Morata gets dressed up

The striker’s official presentation at the Bernabeu, at 13:00

Mourinho starts on the right foot 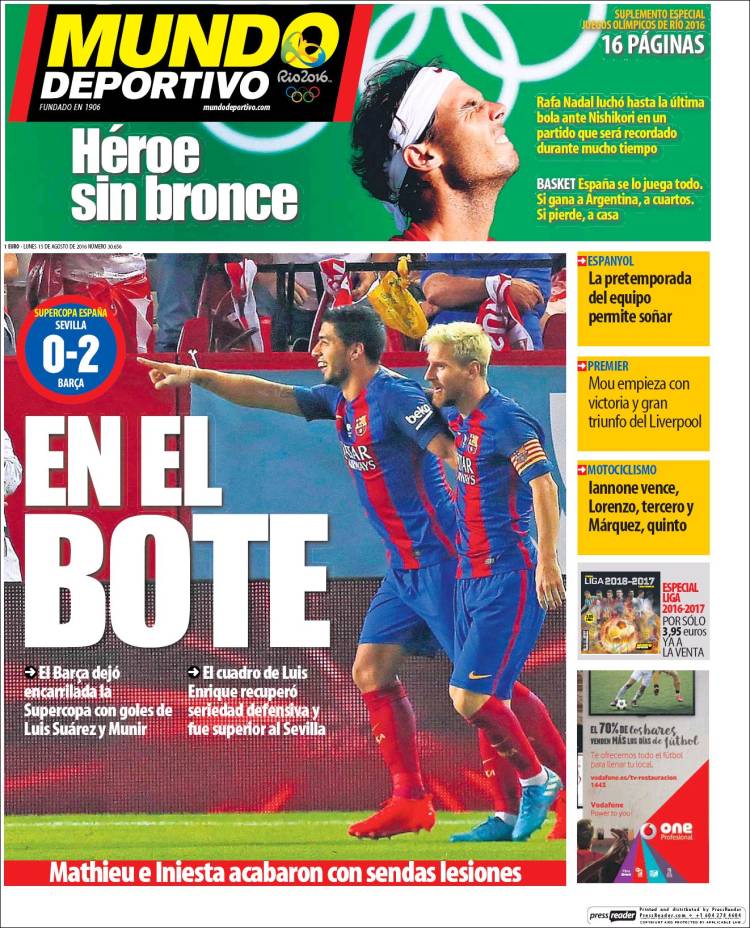 Mathieu and Iniesta end the game with injuries

The team’s preseason allows them to drewam

Mou starts with a win and a big victory for Liverpool