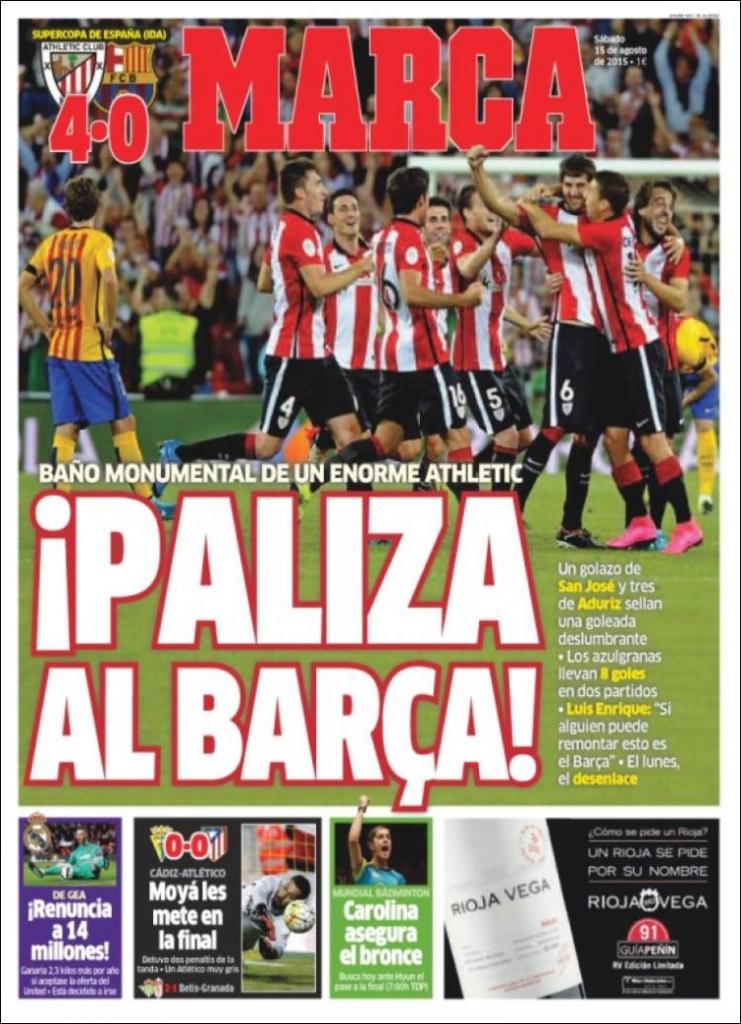 A monumental pasting by a colossal Athletic

Luis Enrique: “If anyone can overcome this, it’s Barca”

The outcome will be revealed on Monday

Would have earned €2.3m more per year if he accepted United’s contract offer

He is determined to leave

Saved two penalties in the shootout 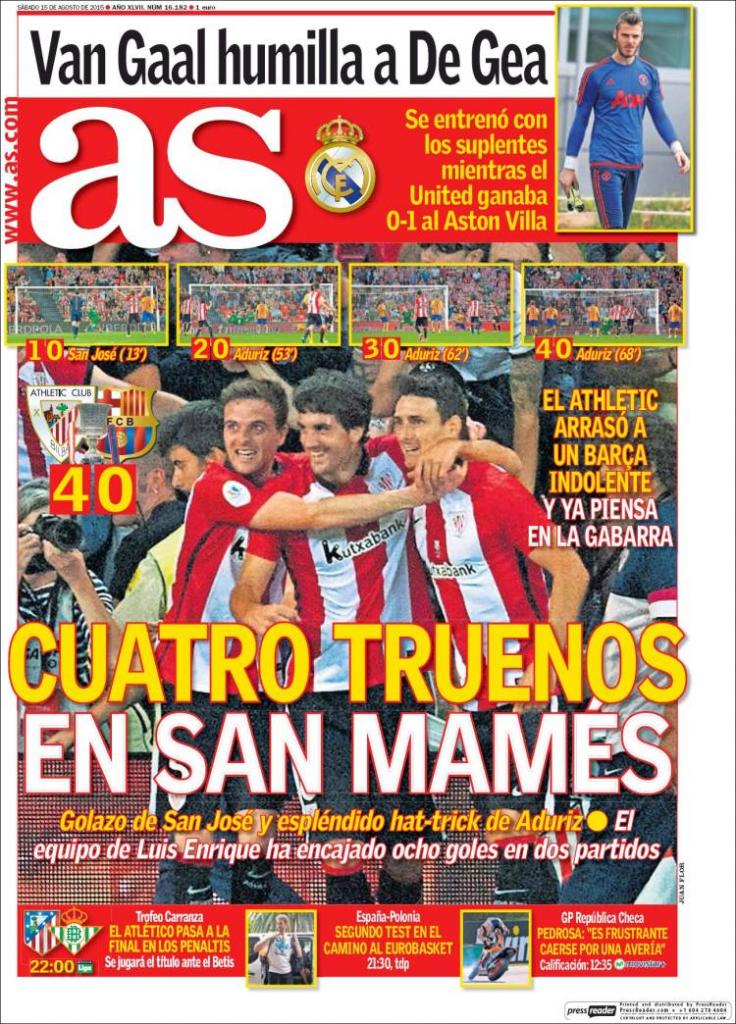 They will play Betis for the trophy 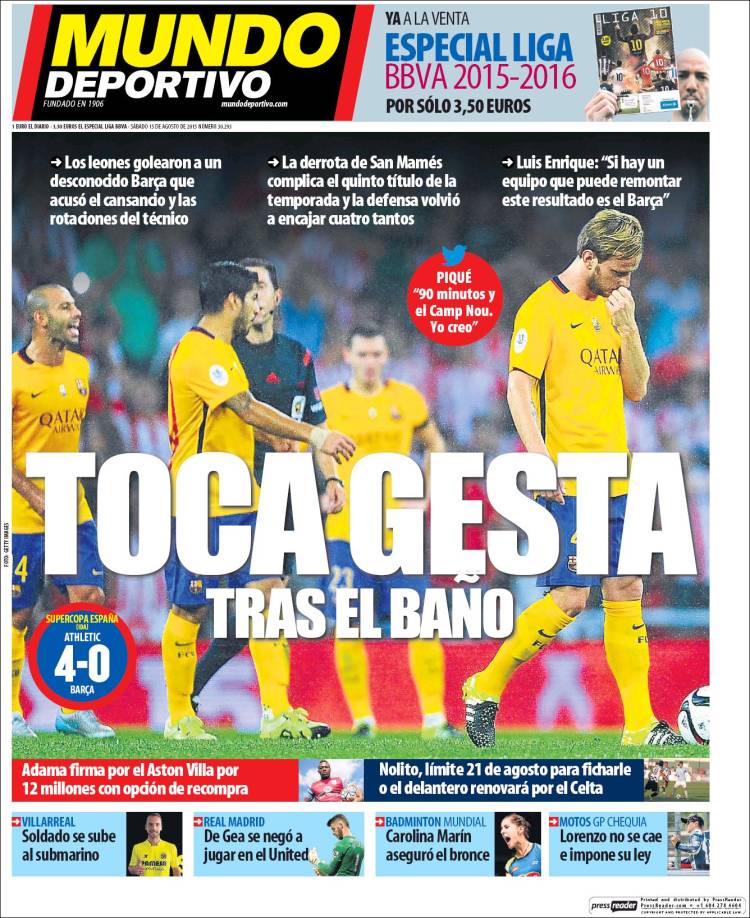 Los Leones thrashed an unfamiliar Barca side, whose failings were blamed on fatigue and the Coach’s rotations

Luis Enrique: “If there’s a team who can overcome this result, it’s Barca”

Adama joins Aston Villa for €12m with a buyback option

Nolito, Barca have until August 21 or sign him or he will renew his Celta contract

Villarreal, Soldado gets on the submarine