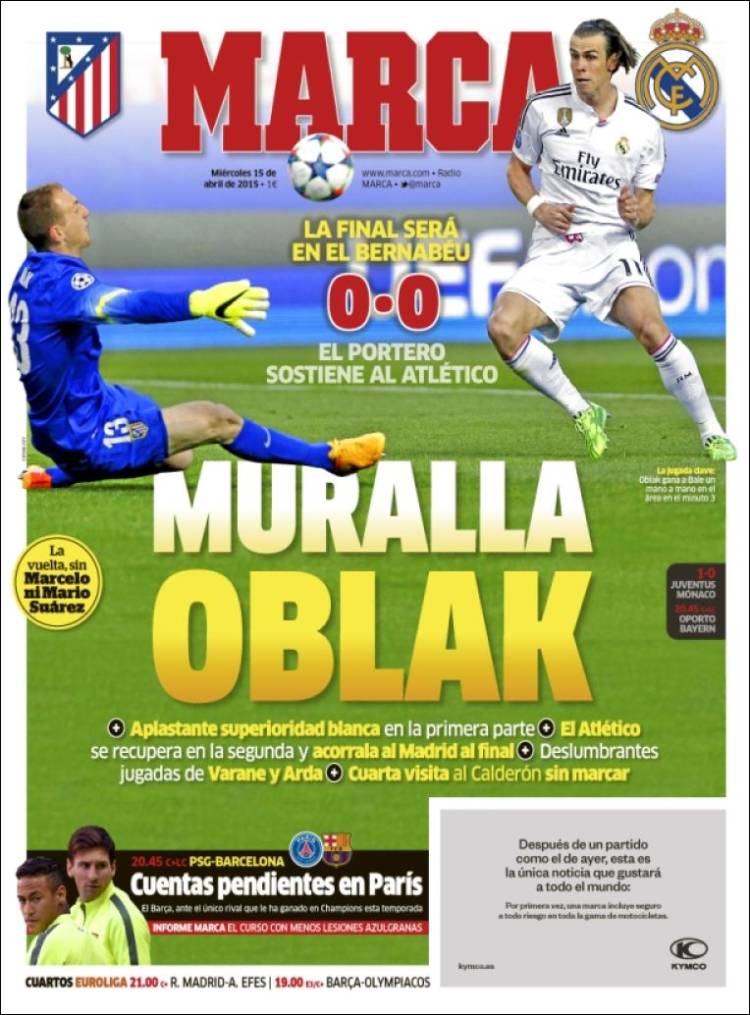 Overwhelming white superiority in the first half

Dazzling displays from Varane and Arda

A fourth visit to the Calderon without scoring

The goalkeeper keeps Atletico in it

The final will be at the Bernabeu

The key move: Oblak beats Bale at a one-on-one in the third minute

The return, without Marcelo or Mario Suarez

Barca, up against the only opponents that have beaten them in the Champions League this season

The time of year with less Azulgrana injuries 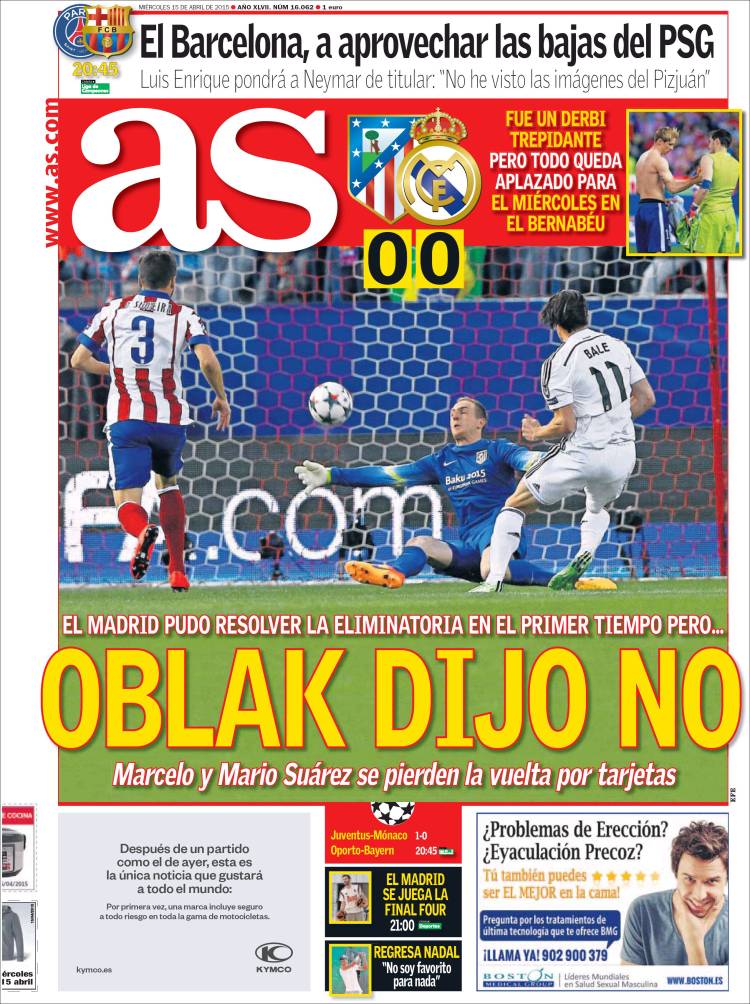 Madrid could have settled the tie in the first half but...Oblak said no

Marcelo and Mario Suarez will miss the return leg through suspension

Luis Enrique will pick Neymar in the starting XI. “I’ve not seen the pictures from the Pizjuan” 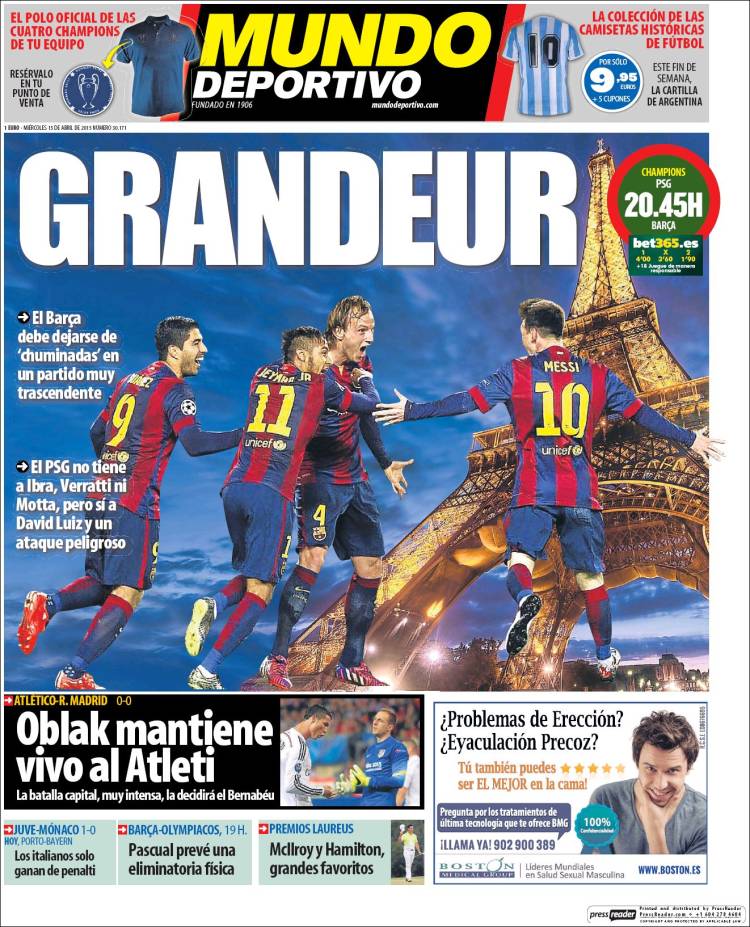 PSG don’t have Ibra, Verratti or Motta, but do have David Luiz and a dangerous attack

The capital battle, very intense, will be decided at the Bernabeu

Juve 1 Monaco 0: the Italians only won through a penalty